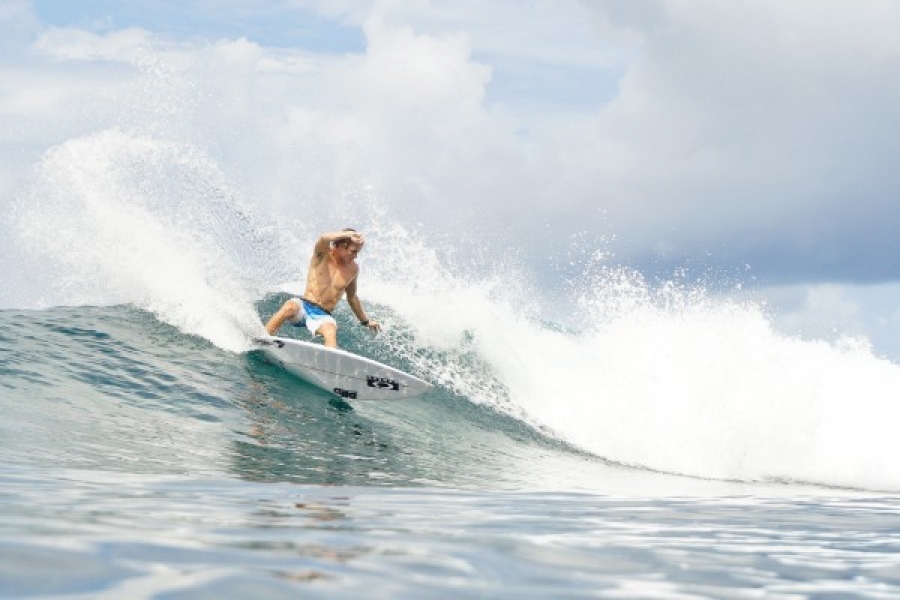 The QS1,000 Simeulue Pro that features both Men’s and Women’s divisions should begin tomorrow morning. The surfers have enjoyed the past few days exploring the numerous wave locations in the region as they warm-up for the event.

The main event break, known simply as 'Dylan’s' has been small, but surfable for the last few days and there's an air of anticipation for the event to get underway.

"The wave seems super fun and high performance," said Chris Zaffis from Australia, who won a QS1,000 in Indonesia in 2016.

“We’re all hoping it can get a little bigger for the event and if it does I’m certain the performance levels will be super high. The entire island is amazing with crystal clear water, lush landscapes and it’s absolutely a paradise setting and there’s numerous super fun waves that we’ve found around the event region.”

This island sits off the northern extremes of Sumatra in Indonesia and it’s the first ever WSL event in the Aceh Region.

Surfers, Officials and all staff have been awestruck at the beauty of the area along with the wave potential surrounding the event site.

Live webcast should begin on Saturday with an early 7am start likely to capture the ideal winds.