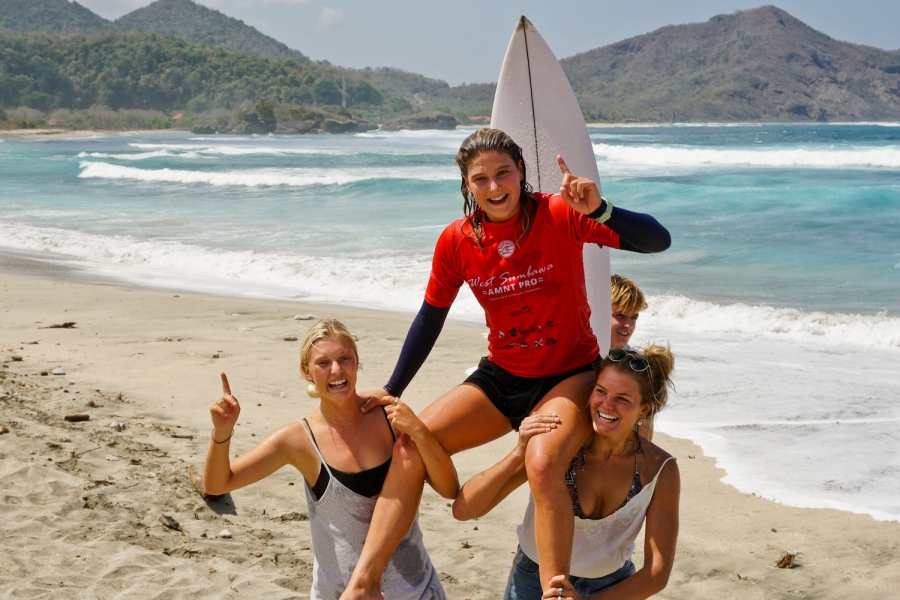 The finals of the West Sumbawa Pro have been run and won at Yo-Yo’s for the first ever Word Surf League (WSL)...

Qualifying Series (QS) event at this world-renowned right-hander. The event ran though the men's Quarters, Semis and Final and the Women's Semis and Final in solid four-to-six foot wind-affected waves. Incredibly, the event winners have both been on a roll with Vittoria Farmer (AUS)winning three events in a row, andLiam O'Brien (AUS)claiming back-to-back QS victories.

The women's final featured some incredible surfing and unbelievable statistics with Vittoria Farmer (AUS)and Kailani Johnson (IDN) facing off in their third QS final in a row, with Farmer taking top honours on all occasions. The pair battled hard in the tough conditions, but it was Farmer who's power and critical positioning saw her edge out her young Indonesian opponent again.
"Before this trip to Indonesia I had never made the Quarterfinals in a QS before, so to get three wins feels unbelievable,” said Farmer. "This has been a trip I will remember forever, it's great for my competitive surfing career and for my confidence. When you travel and compete there can be a lot of losses so I have tried to soak it all up and enjoy it."
Farmer has now moved up to 57th on the International QS rankings and will be looking to climb up further with new found confidence and improvements in her surfing.
"It's also been incredible to surf perfect waves at a number of different breaks," Farmer added. "I feel like having so many 25-30 minute heats in perfect waves which has helped my surfing improve. I really love Indonesia and I already can't wait to come back next year for these events." 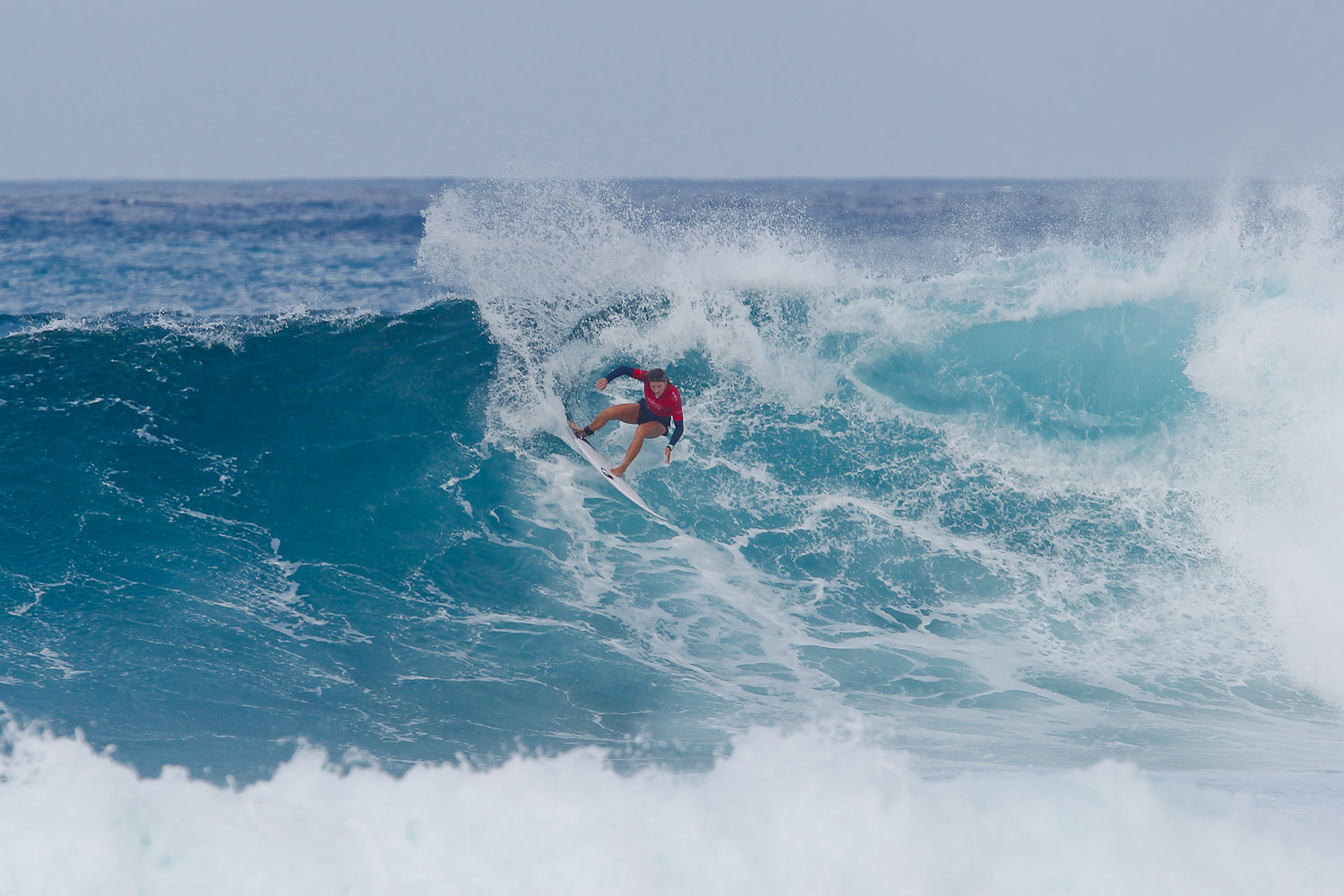 Liam O'Brienwas sitting in second position with seven minutes to go in the final, trailingChris Zaffis (AUS)who had been on fire all week. The pair went toe-to-toe, posting scores that were very similar proving that the best surfers had met in a very evenly matched Final. Then O'Brien stroked into a solid wave and unloaded three dynamic and explosive turns to net the highest single wave score of the event -- 9.25 out of a possible 10. O'Brien was 123rd on QS before today's result and has now vaulted to 98th will help his 2018 QS campaign.
"It's a euphoric feeling winning these back-to-back events," O'Brien said. "I am so stoked that I came over to these events and managed to come away with a few results too. Zaffis got the first two waves and was well and truly out in front, so I was a little worried I wouldn't be able to come back from that. I just chipped away at his lead then I was in position when that wave came and it let me do a couple of big turns and I scored a 9.25 and moved into the lead. Then he got an 8.60 and I made a priority error and gave him a chance, so I was a little worried, but it all worked out for me in the end."
"Yo-Yos is such a fun wave," O'Brien added. "It's been on my bucket list for a while because it's been in so many surf movies, so to have a contest here has been awesome." 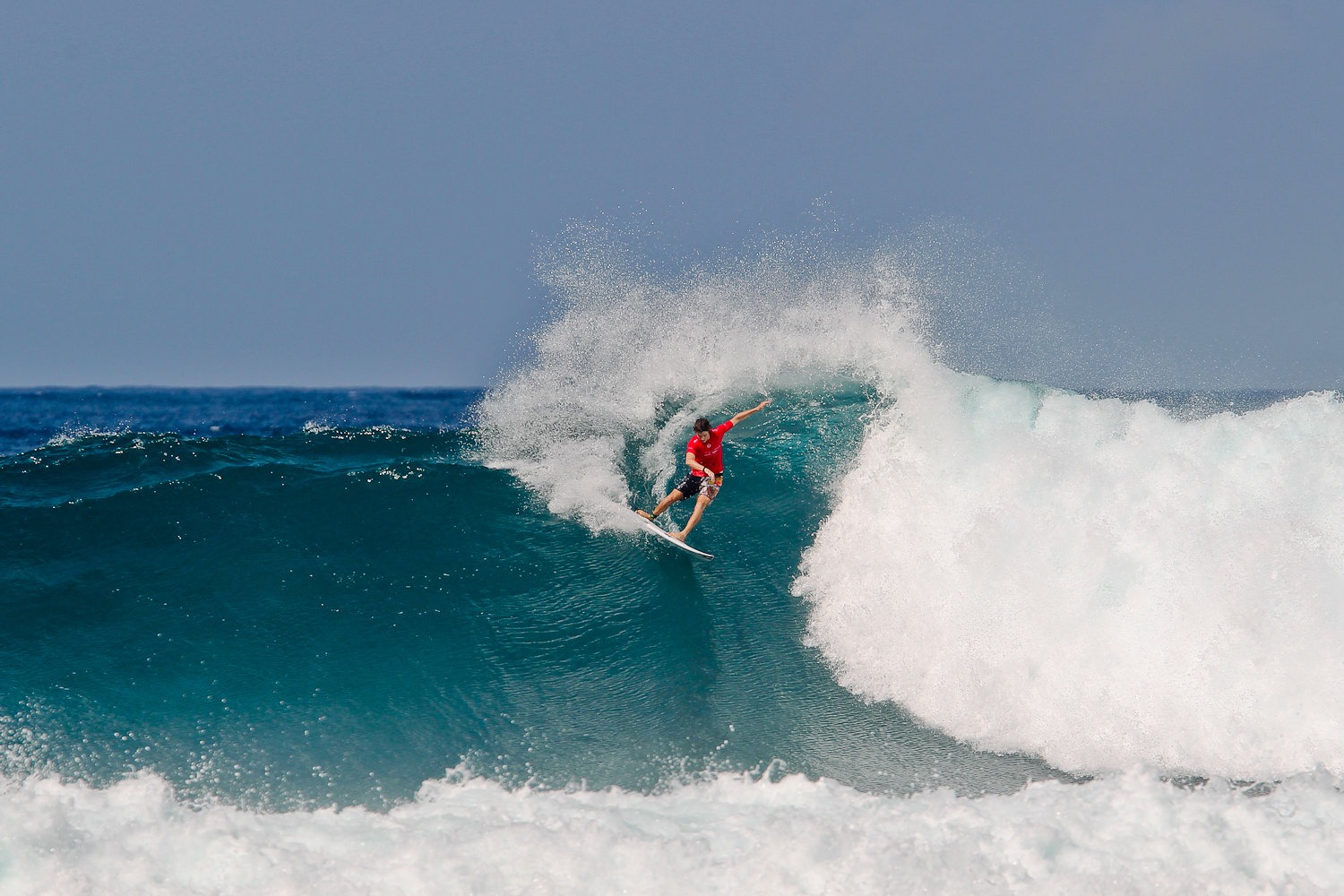 Kailani Johnson, although disappointed she was not able to take a win in her home country, was pleased with the fact that she's now posted some solid results against tough opponents in some world-class waves.
"I have enjoyed every event in Indonesia so much and have learned a lot," Johnson said. "I would have loved to win one, but three finals in a row is a great step for me, it helps my confidence a lot. Vittoria has been surfing so well, it's been great to match-up against her."
Chris Zaffis won a QS in Indonesia in 2016 and today at the West Sumbawa Pro was able to get a solid result finishing runner-up to O'Brien. Zaffis posted an 8.60 and a 7.65 for sharp and aggressive surfing, but was unable to match O'Brien and had to settle for second place. He was 187th on the International QS before today's result and now has moved up to 156th.
"I feel good about how today went, I was able to bank some valuable points," Zaffis said. "I couldn't think of a better place to have three events in a row. I love Indonesia, the waves and the people are incredible."
Anterior Solid Surf and Strong Winds Dominate Day 1 of West Sumbawa Pro Próxima 42 Nations Set to Kick off 2018 UR ISA World Surfing Games