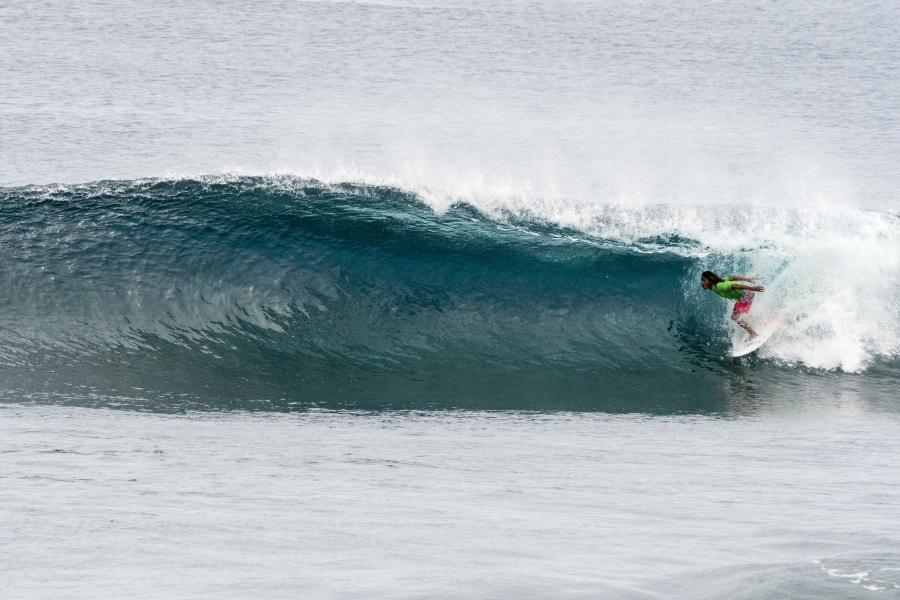 A mass of over 100 of the world’s best surfers have descended on Siargao Island in the Philippines ahead of the 24th annual Siargao Cloud 9 Surfing Cup that was last year upgraded to a WSL Qualifying Series (QS) 3000 rated event.

With the best forecast in years and a hungry pack of 128 QS competitors chasing all-important qualifying points, Cloud 9, the jewel of the surfing crown in the Philippines and is set gain major focus from the surfing world in the coming days. The 3000 point rating means that some of the biggest names in the sport are in attendance including last year’s winner and former Championship Tour (CT) Competitor Raoni Monteiro (BRA) along with tube riding sensation Jack Robinson (AUS), to name a few.

Fresh off a win at today’s national Philippines championship event, local Favourite John Mark Tokong (PHL) will be looking to continue his searing form into the international event. Having won the QS event in 2015, Cloud 9 specialist Tokong has been struggling to find a solid result in recent years. With a great surf forecasted and a more intimate knowledge of the wave than any other competitor in the field, Tokong will be one to watch when competition begins tomorrow morning.

“I’m really excited to surf against all of the international competitors this week,” Toking said. ”The waves have been great for the last few days and I think it is going to get even better next week. I’ve been surfing here since I was five year’s old so I’m hoping that plays to my advantage and I can win the event once again.”

2018 has displayed an uncharacteristically early and active typhoon season in Asia meaning the waves at Cloud 9 have been non-stop. With a strong tropical low sitting to the North of the Philippines with another developing in the more favourable eastern quadrant, this year’s Siargao Cloud 9 Surfing Cup could dish up some of the best waves the event has seen this decade.

“Every year the Cloud 9 Surfing cup sees at least a few days of epic waves,” said WSL Contest Director Will Hayden-Smith. “The forecast we have on hand this year is shaping up to be really special with back-to-back typhoons off the coast. With this in mind, we should have no shortage of surf and are excited to see some of the world’s best scoring incredible tubes at one of the best waves on the planet.”