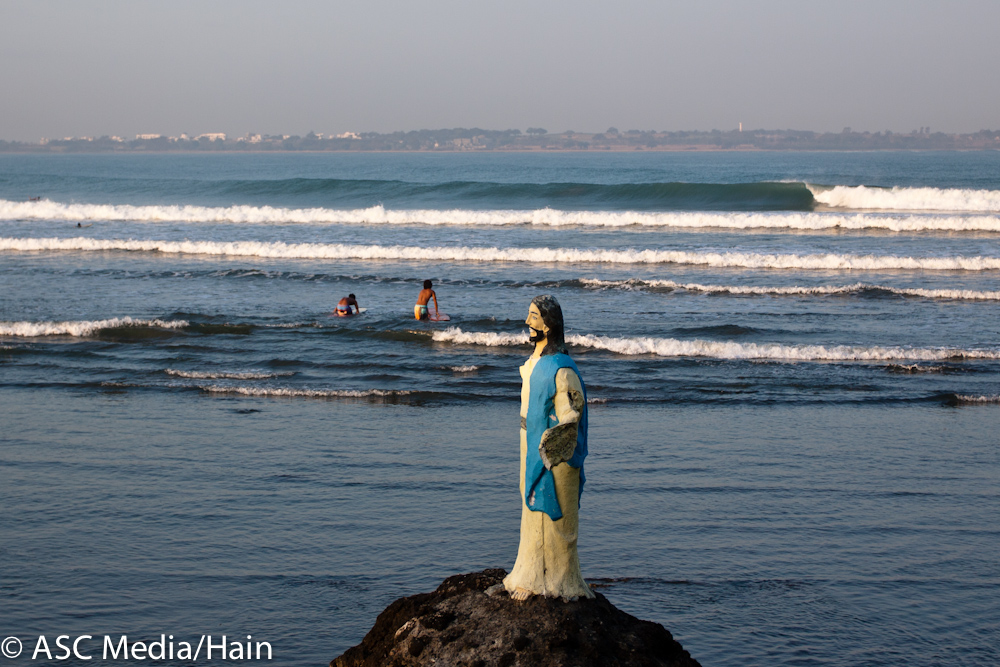 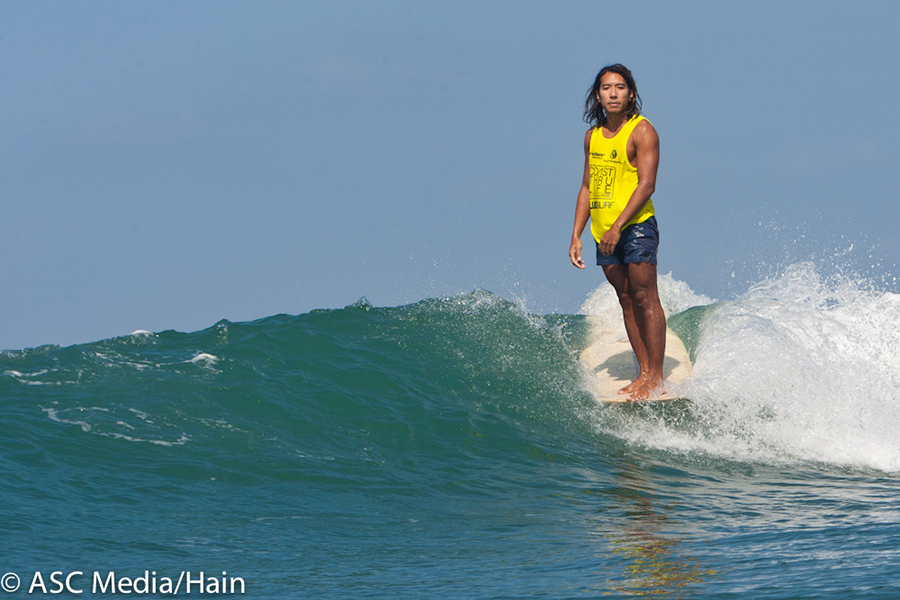 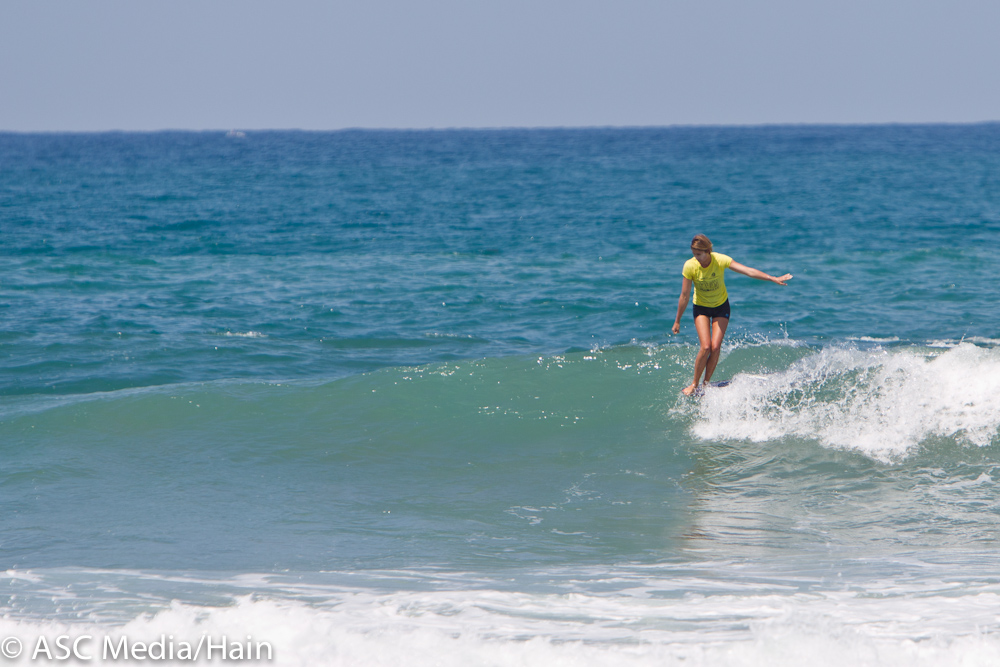 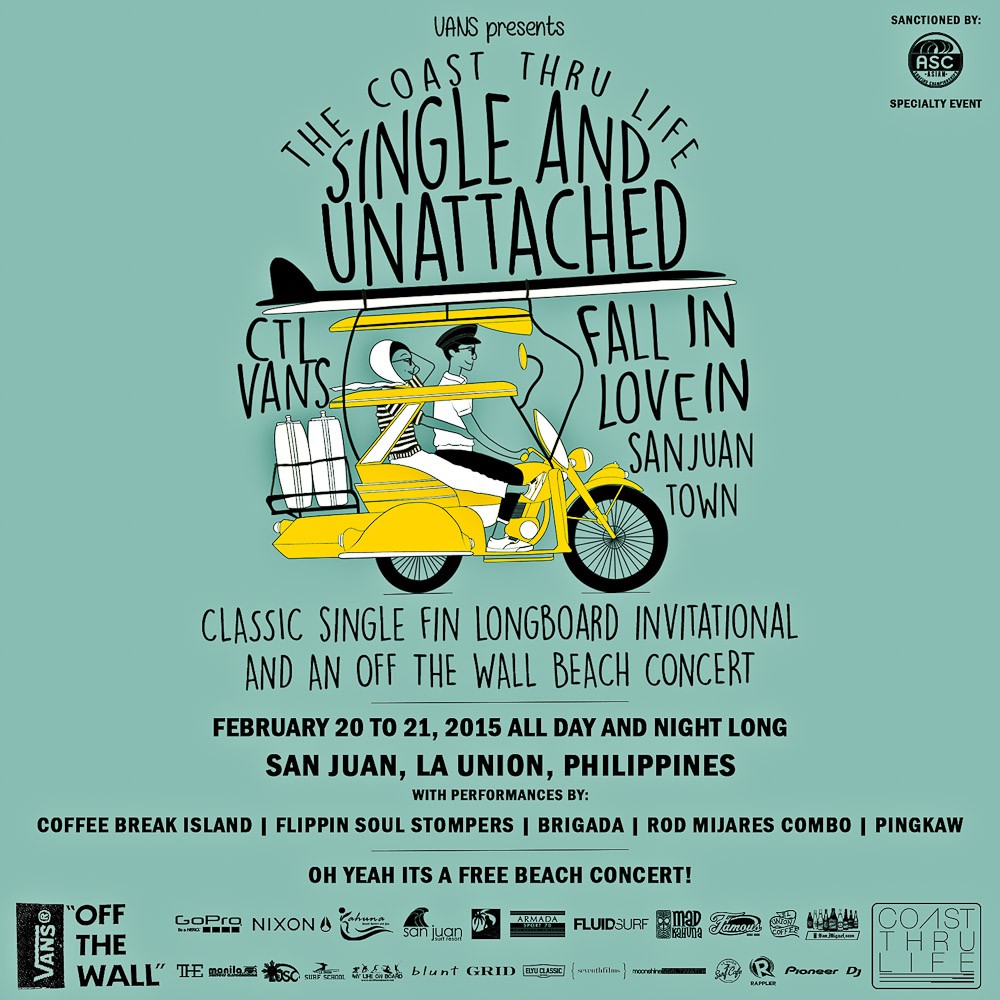 The Asian Surfing Championships is delighted to announce its continuing participation in the third annual Coast Thru Life Single & Unattached Invitational Classic Single Fin Longboard Contest and Beach Fest, presented this year by Vans Philippines.   This two day event will be held February 20-21 at the northern Philippines most popular beach town of La Union, just a few hours drive north of the bustling capital city of Manila, where a mixed field of international and local traditional longboard surfers and fans will gather for two days of classic single fin longboarding competition and great beach party entertainment.

Stylish footwork, nasal perching, meniscus tearing drop knees, and simply having a blast with other log loving mates is what you can expect from the participants of the Men’s Invitational, Women’s Invitational, and Tiny Toes Invitational Divisions. Cash prizes totaling more than $2,000 USD, and heaps of goodies plus the honor of being the 2014 Single & Unattached champs are what’s at stake during this unique two day event, the country's one and only invitational classic longboard contest where the contestants paddle out on traditional single fin logs minus their leg ropes. Expect to see some super stylish surfing but also some laughs and swimming after lost boards!

The ASC is proud to be bringing ASC Head Judge Steve “Monty” Montell to the event, who is certainly stoked with the chance to come, saying, “I've heard only good things about La Union and am really looking forward to seeing it for myself, and being able to judge a logging event too, well that’s perfect! Logging events seem to make it easy to embrace the "Fun of Surfing," so again I'm stoked and can't wait to be part of the Vans Coast Thru Life Single & Unattached event.”

Montell is based in Bali and is involved in judging ASC and other events in the longboard community. “I competed on traditional 60's longboards (the inspiration for the modern logs) for 10+ years and first gained my judging accreditation some 18 years ago,” said Montell.  “I also did a stint as president of the Noosa Malibu Club for 3 years at a time when we were nurturing juniors such as Josh Constable, Julian Wilson, Jai Lee, Harrison Roach, and Matt Cuddihy to name a few, as well as judged and helped organize the Noosa Surf Festival for multiple years along with judging many long and short board events in Australia and New Zealand. The Deus 9' and Single here in Bali is a log event that I started and have head judged from the beginning, for which I developed the Log Criteria that I will be implementing at the Single & Unattached event. So as you can see, I’m pretty into logging,” he concluded with a laugh.

Coast Thru Life’s Buji Lebarnes is excited to have the ASC again involved in the event and that Montell is able to judge the event, saying, “Single & Unattached is running on its third year now, and like last year it's going to be an ASC sanctioned event. They're bringing in their technical expertise in running international surf competitions and providing premium photo and video coverage, while flying Monte in to be this year's head judge, so it will be incredible.”

He went on to explain about the origins of the brand and the event; “"Coast Thru Life is a Filipino brand that was started mainly because we wanted to share with Filipinos the beauty of classic long boarding. In a country which focused mainly on the highly progressive side of surfing for the past decade or two, we thought it was high time to have an event that features the other facet of surfing and pay homage to the art (and joy) of traditional long boarding. And what better month is there to share some single fin love than during the Month of Love. Hence, Single And Unattached came about!”

“This year we feel very honored to team up with Vans, the iconic brand that stands for all things Classic. A perfect fit if you'd ask me. I can't wait to experience all the fun that's surely bound to happen, so if you're single and ready to mingle, unattached or semi-attached, be sure to make your way to San Juan this Feb!" he added.

In addition to the surfing competition there will also be a free Off the Wall beach concert with a great lineup of performers including Coffee Break Island, Flippin Soul Stompers, Brigada, Rod Mijares Combo, and Pingkaw, so get read for not stop action all day and all night!

And as a pre-event warm up, the Coast Thru Life Single & Unattached Invitational Classic Single Fin Longboard Contest and Beach Fest kicks off with a party in Manila on Tuesday night February 17th starting at 9 pm at the Coast Thru Life shop at Cubao X.  Don’t miss it.