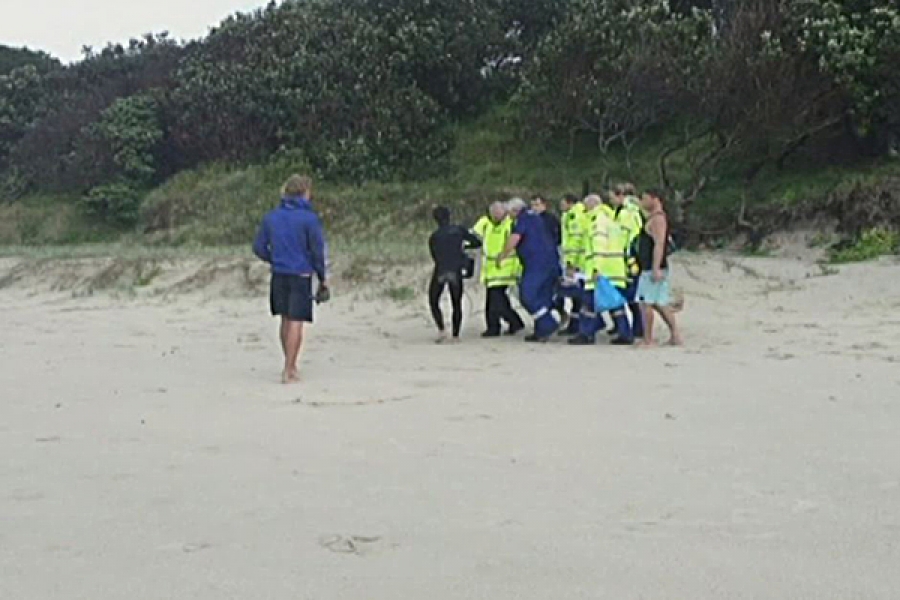 A 34 year old surfer is in critical condition after the incident that took place near Byron Bay.

A man is in a critical condition after being struck by lightning near Byron Bay, just 100 metres from where a group of junior surfers had been competing on the NSW - in conditions that other surfers described as "cyclonic" weather  that suddenly battered the coast on Sunday morning.

The 34-year-old man, who locals said was a German tourist, was surfing with a friend at Suffolk Park, just south of Byron Bay, when he was struck by lightning about 10.30am on Sunday. Surfers dragged the injured man onto the beach and performed CPR on him, until paramedics took him to The Tweed Hospital in a critical condition.

A hospital spokeswoman said the man remained in a critical but stable condition on Monday. His girlfriend is believed to be with him at hospital, while authorities are attempting to contact his family in Germany.

Anterior “There's no way I'm getting back in the water, no way in the world” Próxima FANNING REMEMBERS GOOD TIMES IN PORTUGAL WITH SURFTOTAL VIDEO