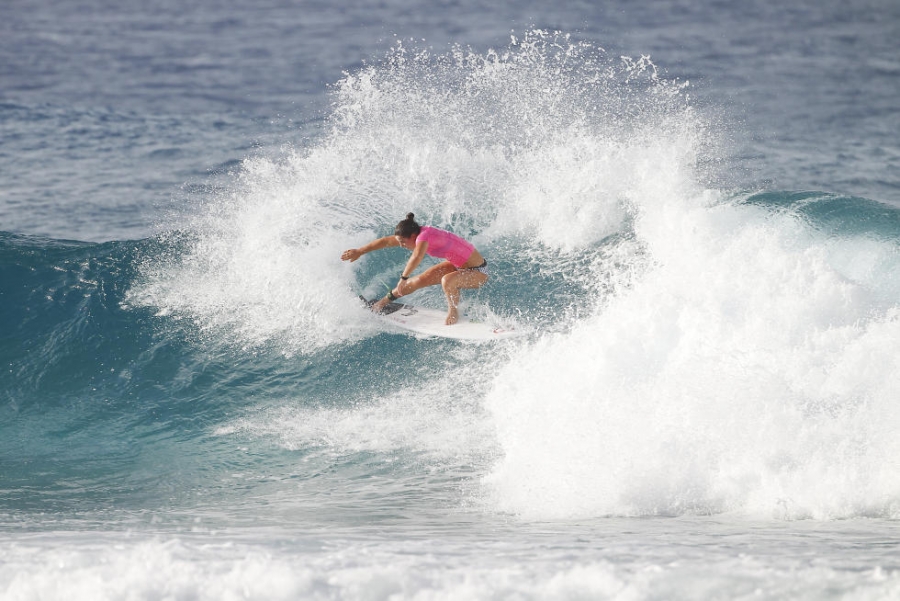 Tyler Wright got the best score of the round 3 WSL

The Roxy Pro Gold Coast presented by BOQ kicked off with the opening women’s rounds of the season today in clean three-to-five foot (1 - 1.5 mt) waves at Snapper Rocks. The first women’s event of the year on the Samsung Galaxy World Surf League (WSL) Championship Tour saw the best of the best battle to advance straight to Round 3.

In non-elimination Round 3, competitors go for broke as they battle for first position and the right to skip Round 4 and advance directly into the Quarterfinals.

Heat 1 saw Tyler Wright (AUS) lay down the highest two-wave score with 17.24, defeating Stephanie Gilmore (AUS) by only 0.94 points with Bronte Macaulay (AUS) finishing in 3rd place. Wright will advance to the Quarterfinals; Gilmore and Macaulay will battle in Round 4.
“Steph has the ability to push you, and she has pushed me from such a young age that still now I get such a thrill competing against her,” Wright said. “When she dropped that second 8-point-ride, I was kind of kicking myself because I had priority and could have gone. I just had to be patient and pull myself together a little bit.” 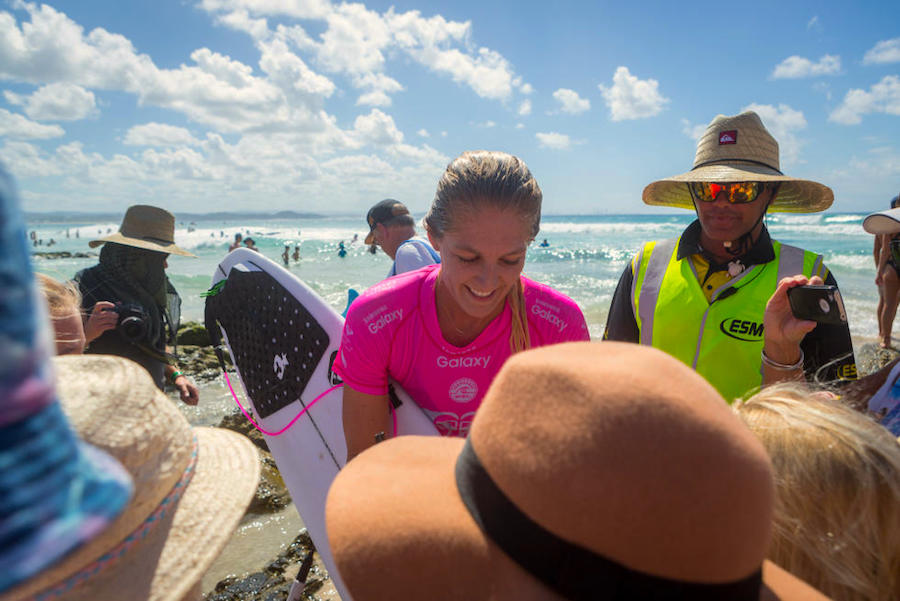 “It’s definitely a little bit different conditions than this morning,” commented Moore. “The waves are a lot steeper. They are lining up from all the way at the point and I just had a really good time. It was definitely really inspiring watching Steph in her Round 2 Heat today, she just lit it up.” Heat 3 showed no shortage of variety, as the athletes pulled out all the stops in their maneuvers. Trailing for most of the Heat, Courtney Conlogue (USA) pulled off a major win with a huge layback hack in the last thirty seconds of the heat. She will advance to the Quarterfinals; Sage Erickson (USA) and Johanne Defay (FRA) will battle to stay in contention in Round 4. “In those final minutes you really have to be careful with priority,” Conlogue said. “When you take a wave in that situation it has to be a good one, luckily that one I got was a good one. I feel like the last few heats I’ve been manufacturing scores so I hope the next heat I can flair a bit more and put on a show.”

The final heat of the day was full of nail-biting action, as all three girls fought to the very end to advance directly to the quarterfinals. Tatiana Weston-Webb (HAW), Bianca Buitendag (ZAF), and Keely Andrew (AUS) battled wave for wave in the final minutes of the heat. With much anticipation after the buzzer, the judges’ scores rolled in and it was Weston-Webb who edged out Buitendag by 0.54 points.

“I was definitely nervous, but I really felt I had bettered my scores in that last wave,” said Weston- Webb. “I feel like I’ve already improved a lot over the season finish, and I’m really looking forward to putting better heats together throughout the year and hopefully making some finals.” Earlier in the day, the first elimination round of the season saw fierce exchanges as the world’s best fought to avoid an early exit.
Stephanie Gilmore (AUS) dominated, dropping massive 9-point-rides. Gilmore earned the highest two-wave combined score of the day with a 19.77. After a sidelining injury in 2015, Gilmore’s high performance surfing in this heat confirms her place as top competitor. Coco Ho (HAW) earned a combined two-wave score of 13.70, but it was not enough to stay in the competition.

“Round 1 did not quite go to what I had planned, but it was a good lesson,” said Gilmore. “I am still learning and to have all of these young girls come on tour who are so good, it fires me up. I want to do better every single heat I go into. I was definitely prepared for whatever was thrown my way.” Sally Fitzgibbons (AUS) and Bronte Macaulay (AUS) battled wave after wave, but it was the injury replacement caused the upset of the competition by taking down the eight year CT veteran. This will be Fitzgibbon’s first Round 2 loss in 60 CT events. “I’m stoked. Sally is such a good competitor, she is so smart and doesn’t make mistakes so I knew I had to put a solid heat together to get through,” Macaulay said after winning her heat. “I just had to go for it.”