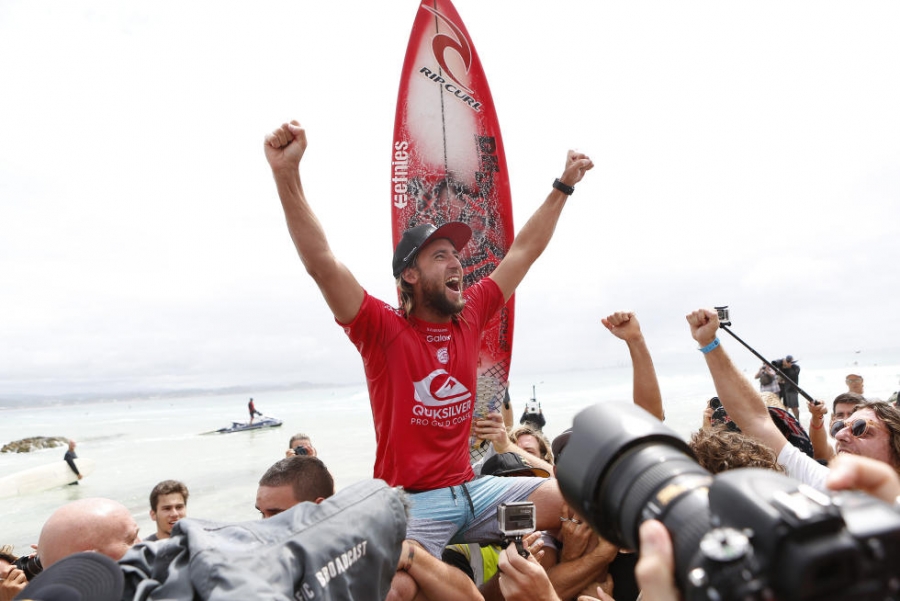 The first victory ever in a WCT event WSL

Matt win every heat all the way through to the first CT win of his career.

After claiming victory at the QS 6,000 at Merewether Beach, Matt Wilkinson arrived at the Gold Coast looking to carry his momentum into the first event of the 2016 Championship Tour. And carry he did, winning every heat all the way through to the first CT win of his career.

His inspired performance throughout began with a Round 1 victory over Kelly Slater and rookie Conner Coffin, no easy task considering Slater is a four-time event winner and the rookie has been groomed on one of California's premier pointbreaks.

Less surprising, however, when you consider what Wilko's changed a few things up. After spending a couple seasons touted as the Tour's 'class clown' and dangerously near the requalification cutoff line, the Aussie hired friend and former CT competitor Glenn Hall as a coach and the move appears to be paying dividends.

"Wilko had a reality check since he almost fell off Tour a couple years and he knows he's a lot better than that and obviously I do too," said Coach Hall in an interview last year. "I had a little chat with him and told him, 'Hey, you're better than that.' He thought it was probably a good time to change his ways."

Hall's advice to his athletes (who also include Sage Erickson and Tyler Wright on the women's Tour) at the Gold Coast has been to pay attention to the details and avoid over-surfing opponents, focusing on performing to the best of their abilities.

Though there's always room to improve heat strategy, Wilko appears to have been paying attention. The goofyfooter went on to take down Taj Burrow, another former event winner, in Round 3 and reigning World Champ Adriano de Souza in Round 4, and again the Quarterfinals, then overtaking Filipe Toledo, the highest-flyer of the event, to land himself into the Final, where took the win over an in-form Kolohe Andino.

The biggest change in Wilko, so far, is he's carrying a new belief in himself, and what he's capable of. When asked if he' got a world title run in him, Wiko was his usual sly self "I might as well." 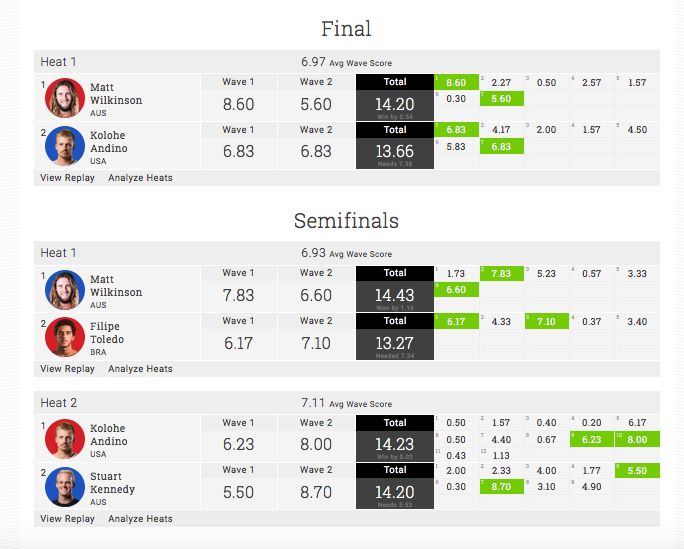