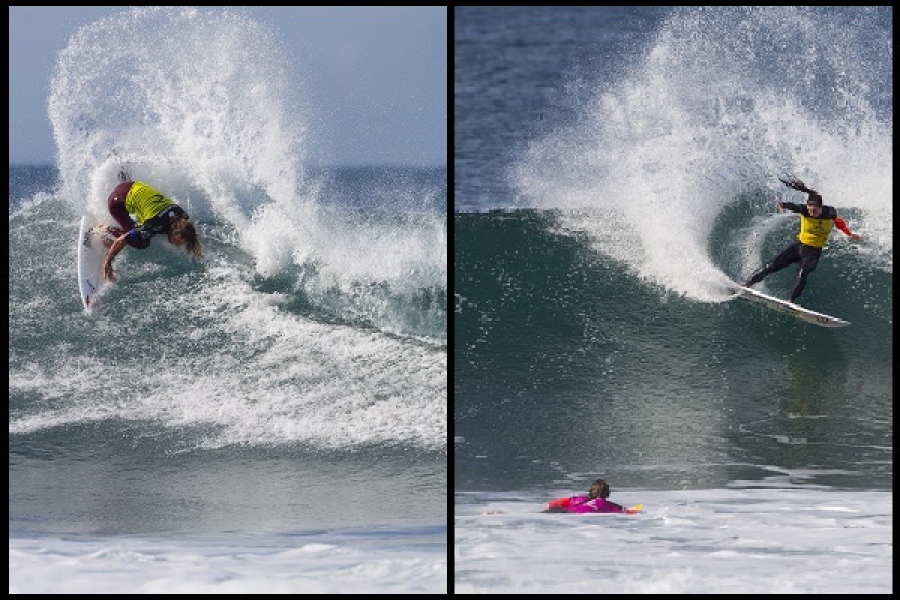 Wilkinson and Wright will don the coveted yellow Jeep WSL Leader Jerseys throughout the event and fight to remain at the forefront of the world elite.

“I still can’t really believe I’ll be running down the stairs at Bells in the Jeep WSL Ratings’ Leader Jersey,” said Wilkinson. “At the same time though I haven’t been spending a lot of time thinking about it. It’s early in the year and there’s a lot of hungry guys on Tour so I can’t worry about rankings. I just need to go out and surf my best and hope that means I keep on winning heats.”  “I love Bells so much - it’s great to be back,” Wright said. “This place and this event has so much history and I love being a part of it. I’ve been putting in a lot of work over the last few months and it’s really great to see it paying off. I’m just looking forward to the first heat here and surfing some good waves.”

Adriano de Souza (BRA), former Rip Curl Pro Bells Beach winner and reigning WSL Champion, faces Michel Bourez (PYF) and wildcard Tim Stevenson (AUS), who gained entry into the event after winning the Premier’s Active April Trials, in his opening round at Bells Beach.
“I’m not feeling any pressure being defending World Champion,” De Souza said. “I just want to show up at each event and do my best, that’s what has worked for me in the past. It’s very special for me to have my name on the Bells trophy, that win is one I will never forget.”

Mick Fanning (AUS), three-time World Champion and defending Rip Curl Pro Bells Beach winner, previously announced that he will take some personal time away from competition following the completion of this event. Round 1 will see Fanning, the four-time event winner, face Keanu Asing (HAW) and event wildcard Mason Ho (HAW).  “Something clicks for me at Bells,” Fanning said. “I’ve always been comfortable coming down here and I really enjoy the wave here and it seems to suit my surfing. I just put my head down, go surfing and somehow find myself in the Final while Hells Bells is playing - I get so amped on that. For me this is the most iconic event on Tour and I love everything about it, the trophy, the cliffs, I love it all.”
Carissa Moore (HAW), reigning WSL World Champion, will face 2016 WSL rookie Keely Andrew (AUS) and Trials winner Brisa Hennessy (HAW). Moore, current No. 3 in the rankings, will battle for her fourth straight Rip Curl Pro Bells Beach Title.  “Bells is one of my favourite events on Tour,” Moore said. “I’ve had a lot of success here, but that’s not the only reason why I love it. We’ve had some amazing surf here over the past few years and I love the landscape and the people too. I hear we have some good waves coming this weekend too so I can’t wait to get started.”