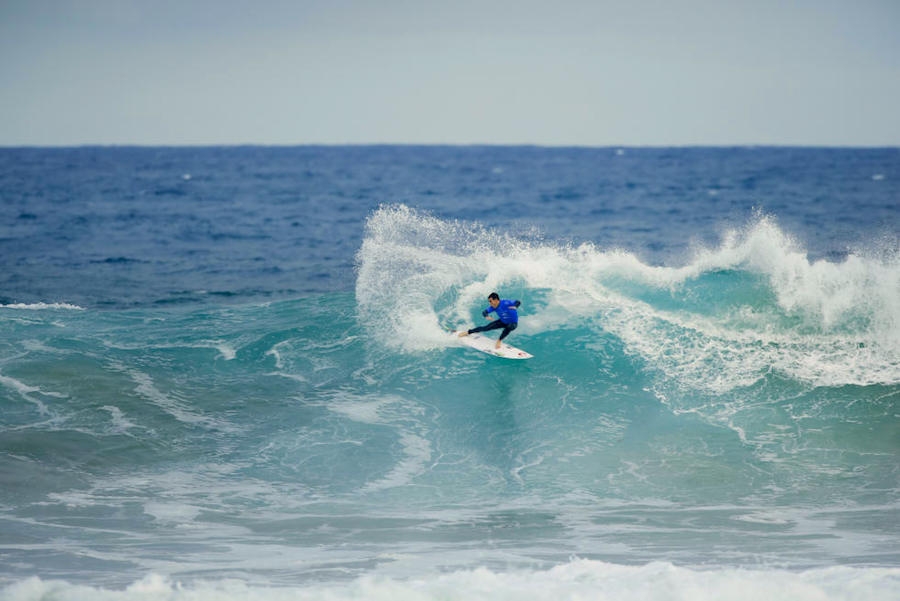 Mason Ho made the upset of the day, by sending home Adriano de Sousa WSL

Matt Wilkinson (AUS), current rankings leader, faced 2016 WSL rookie Kanoa Igarashi (USA) in elimination Round 3. Wilkinson came out firing with two solid 7-point rides. Igarashi tried to climb back, but was unable to break the combination to challenge the goofy-footer. Wilkinson will continue to do battle in Round 4 for an opportunity to claim a maiden Title at the Rip Curl Pro Bells Beach.
“The first wave I finished strong and then every wave after that I started strong and fell off on my last turn,” Wilkinson said. “I obviously can hold back a little on that last turn and make sure I get it done. I think my other scores would have been higher if I had settled down and made sure I finished them.” 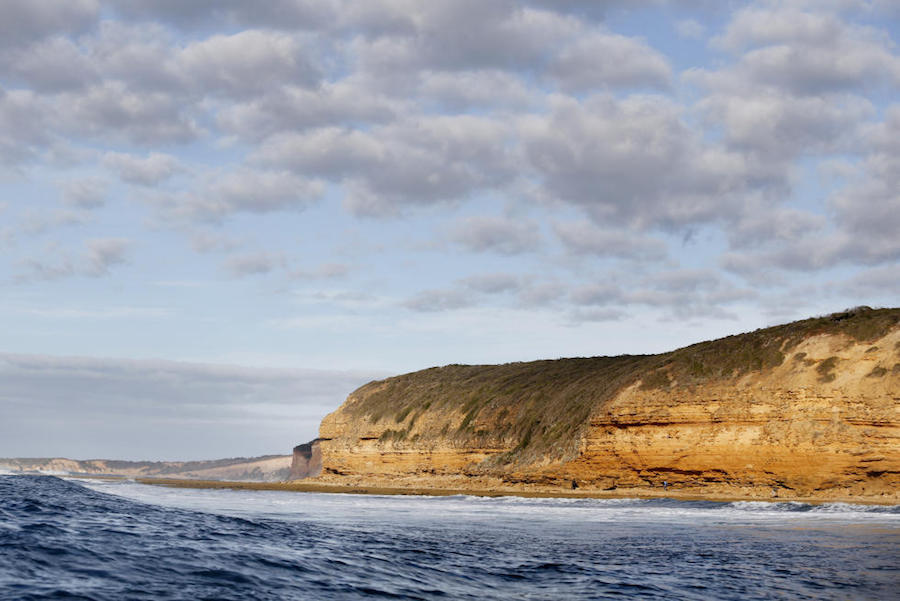 The match-up between Adriano De Souza (BRA), reigning World Champion, and event wildcard Mason Ho (HAW) saw multiple lead changes throughout the heat. The two went wave for wave, score for score, each fighting to stay alive in the competition. It was Ho who was able to pull out an 8.17 in the last two minutes to defeat De Souza by only 0.77 points.
“It feels really good to do well in front of all these cool people,” said Ho. “I love coming out to Bells and I spilt my heart all over out there.”
“Bells is one of my favorite waves, but on the last exchange Mason got it,” De Souza said. “I think he surfed better than me. I just want to keep motivated for the next event and that is the one I won last year. I will keep fighting and come home to study my performance. I did my best and I will try to find the points where I can improve and learn from Mason.”


Californian Nat Young (USA) knocked out giant slayer Stuart Kennedy (AUS) to secure a spot in Round 4. Young was able to find two solid scores to eliminate the injury replacement. Although Kennedy caused massive upsets on the Gold Coast, he could not find the scores to advance.
“I work really hard, and I surf and train as much as I can, so I feel like that is part of the reason why I am confident,” Young said. “It doesn’t matter who I am surfing against, I just want to go out there and do well on my standards. Stuart was one of the best surfing at Snapper and I knew he would be carrying that momentum here, but I got that good start at the beginning and it was just tricky out there.”
Italo Ferreira (BRA), 2015 Rookie of the Year, eliminated injury replacement Sebastian Zietz (HAW) in the opening heat of Round 3. Ferreira locked in a critical 9.33 score in the dying seconds of the heat to eliminate Zietz from the event.
“I was super nervous and I just had one chance,” Italo said. “That last wave came through for me to catch, and I cannot believe it. Congratulations to Seabass [Sebastian Zietz] for a great surf. I am so happy to make it through to the next round.”

2016 WSL rookies Caio Ibelli (BRA) and Conner Coffin (USA) powered through Round 2 to defeat Ryan Callinan (AUS) and Jadson Andre (BRA), respectively. Ibelli and Coffin will join fellow rookie Davey Cathels (AUS) in the second half of Round 3 to stay in contention for a Bells victory.