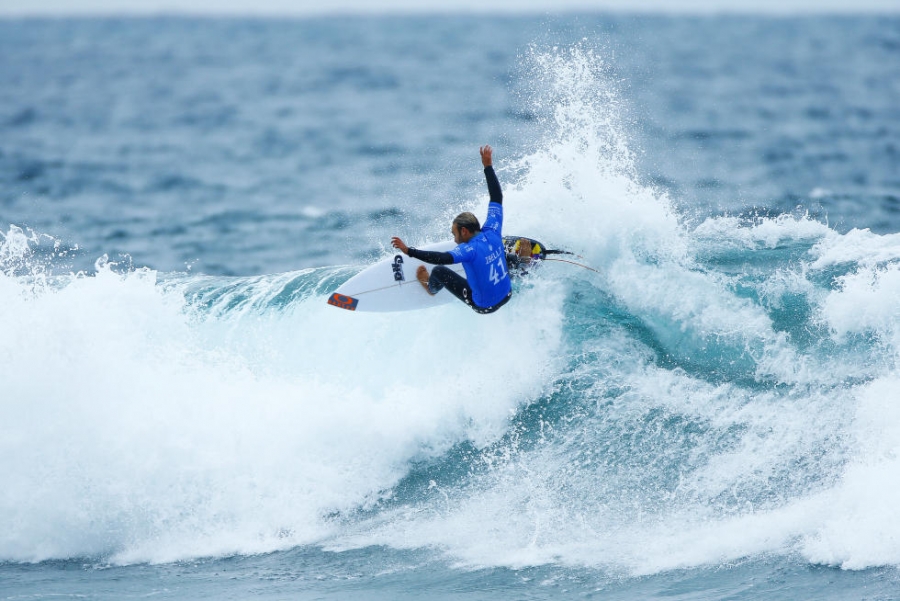 The Rip Curl Pro Bells Beach witnessed high drama today as a bevy of top seeds were knocked out...

Mick Fanning (AUS), three-time WSL Champion and four-time event winner, blazed through Round 3 to eliminate event wildcard Dusty Payne (HAW). Fanning and Payne charged for waves in the opening heat of the day, but it was Fanning who solidified the win with two eight-point rides. The Australian will continue to chase a fifth Bells Title.
“Down here at Bells you can see the huge crowd and it's amazing, and you hear everything out there, which is really cool,” Fanning said. “Just looking back on this whole grandstand and this natural amphitheater, it is such a beautiful place. This is one of my favorite events. I am just wanting to put on a performance and enjoy my time here.” 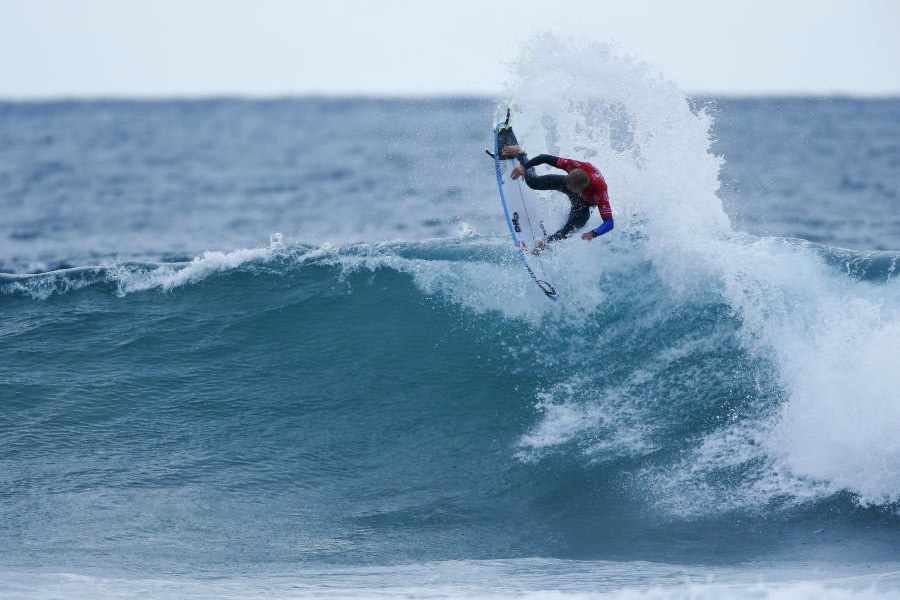 *Fanning was one of the sensations of the day - WSL

The 2016 WSL rookie class came out swinging today with huge upsets in elimination Round 3 with Conner Coffin (USA), Caio Ibelli (BRA) and Davey Cathels (AUS) eliminatingJoel Parkinson (AUS), John John Florence (HAW) and Gabriel Medina (BRA), respectively.
Conner Coffin (USA) knocked out CT veteran and three-time event winner, Joel Parkinson (AUS) in Heat 9. Parkinson unleashed a variety of clean maneuvers to earn a 14.56 two-wave combined score, but the Californian rookie turned on his power game to defeat the CT veteran with two eight-point rides.
“The waves are really fun when you get the right one, but you have to pick them,” Coffin said. “That was my goal against Joel, just to pick the right waves and give my best. The last time I surfed against Joel, man-on-man, was at Trestles a couple of years ago when I had a wildcard from Hurley, and he smoked me. I learned a lot from surfing against him that time, so it is nice to have had those opportunities in the past and use that going forward.”
Caio Ibelli (BRA) charged against John John Florence (HAW) to defeat the CT superstar by only 0.04 points. Florence locked in a 15.50 two-wave combined score, but Ibelli chased to better his situation right until the final buzzer to secure the win.
“I found those last two waves halfway through the heat,” said Ibelli. “I decided to trade my board for a bigger board than I was riding yesterday and it worked. I am really happy to make it through this heat.”
Davey Cathels (AUS) defeat Gabriel Medina (BRA) to end his run for a Bells victory with a 15.40 two-wave combined score. Medina, the 2014 WSL Champion, experienced a slight hiccup with a lost board in the last ten minutes of the heat and was not able to find the waves for a comeback against the rookie.
“When I’m up against those good guys, I am not worried I am going to get beat because it can happen,” said Cathels. “I am excited to come up here and take out some big names. I am happy the way I surfed that heat. I had a gameplan and stuck to it. I was trying to sell Gabriel on some bad waves and I just tried to pick smart with bigger ones.”

Heat 10 saw Kelly Slater (USA), eleven-time WSL Champion and four-time event winner, eliminated from the competition by Michel Bourez (PYF). Although Slater dropped the highest scoring ride of the heat, an 8.37, he could not find the 6.46 required to close the gap on Bourez.

The day’s action was capped off with the WSL Heritage Series heat between 1988 World Champion Barton Lynch (AUS) and two-time World Champion (1987, 1991) Damien Hardman (AUS). Despite the challenging lineup, but icons surgically dismantled the tricky Bells conditions on their backhand, with Lynch walking away the victory.