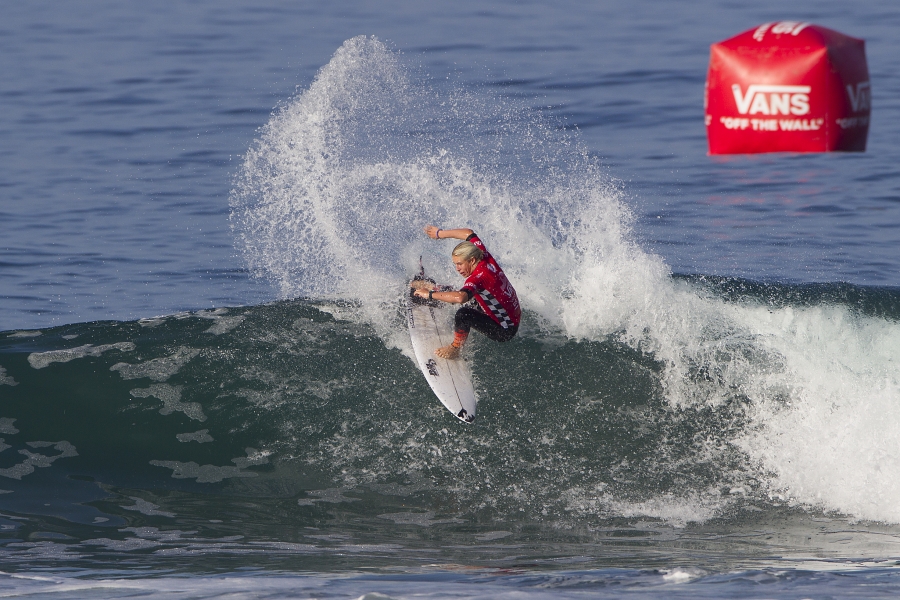 Caption: Ethan Ewing will be one to watch when the World Junior Championships hit Kiama in January 2017. WSL

Only one junior event remains on this year’s World Surf League calendar, meaning the majority of qualifiers have been decided for the 2016 World Junior Championships, Kiama NSW (WJC).  Each WSL region (Africa, Australasia, Europe, Hawaii, Japan, North America, South America) runs its own Junior Qualifying Series (JQS) throughout the year with the top four Men and two Women progressing into the draw of the WJC and earning the right to compete for the coveted World Junior Title.

The event will return to Australia and be held in Kiama on the New South Wales South Coast in January 2017.  Ethan Ewing and Macy Callaghan took out the Men’s and Women’s JQS in Australasia earlier this year and sent a serious message to their opponents with both surfers having breakthrough performances all year. 18-year-old Ewing won four of the eight events in the Australasia JQS this year. He has continued his form on the Qualifying Series (QS) where hew now finds himself sitting in fourth place with a solid chance of qualifying for the 2017 Championship Tour (CT).

“This will be my first ever World Junior Championships so I’m really excited,” Ewing said “I’ve always watched them closely online and been so interested in where the winners go on in their careers so I can’t wait to be apart of it.”  The young surfer from North Stradbroke Island attributes some of his success on the JQS and QS this year to keeping busy and staying focused on competing.  “I think that surfing in the JQS and QS events really helped me this year. When you have big breaks inbetween contests I feel you can lose focus. This year I was able to just continue to focus on competing and keep the momentum going.”

Macy Callaghan went one better than Ewing taking out five of the eight JQS events in 2016. She too has continued her year well with some solid performances on the QS where she finds herself in 17th position.

“Competing on the QS this year has helped my surfing heaps,” Callaghan said. “I had to mature as a competitor pretty quickly which has reflected positively in my surfing. I have been competing against a lot of the CT girls and have had a couple of wins over them, which has really boosted my confidence. Hopefully I can bring it all together for the WJC.”

After a seriously busy year on the road, Callaghan is relishing the fact that the biggest event of her life to date is only a few hours drive from her house on the NSW Central Coast.  “It’s been a busy not to mention expensive year of traveling for me and my family,” Callaghan said. “Having the WJC in Australia and close to home is a real treat. I’ve been down there a few times so I am familiar with the break which will be a massive advantage.”  The WSL World Junior Championships will run from January 4-13 in 2017.