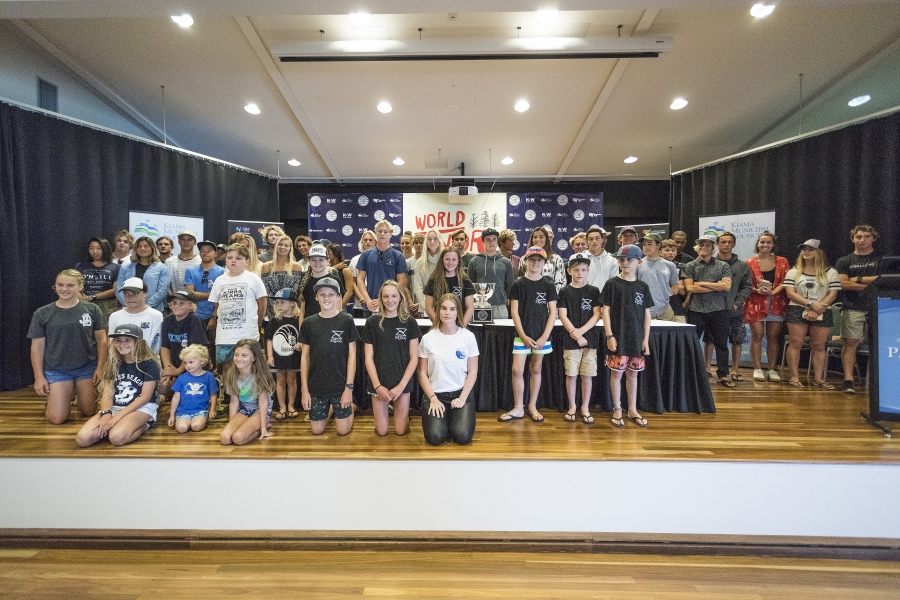 With only one day until the 2016 World Junior Championship (WJC) gets underway at Bombo Beach in Kiama, the town has been flooded with the best Junior surfers on the planet. The Southern New South Wales town has secured the event for the next two years and it will be the first time is has run in Australia since 2011.

Young Queensland sensation Ethan Ewing had an incredible 2016. He dominated the Australian Junior Qualifying Series (JQS), he then went on to post consistent results on the Qualifying Series (QS, finishing second overall and securing himself a spot on the 2017 Championship Tour (CT). Ewing goes into the WJC a clear favourite.   “I do feel a bit of pressure coming into this event,” Ewing said. “It is a bit of a warm up for me ahead of a big year but is still probably the most important event of my career so far. This is my first time down on the South Coast and it’s been really enjoyable so far so I can’t wait for competition to get underway.”

The top Australian woman to qualify was Macy Callaghan. Callghan, like Ewing dominated the 2016 JQS winning 5 of the 8 events in her region. She also competed in a number of QS events throughout the year but knows that this is the biggest contest of her career so far.   “This is a massive event for me - probably the biggest of my life,” Callaghan said. “Making it to the event is a big deal because only 17 other girls from around the world have done it. It just shows that it is going to be a tough one to win because the talent pool is so big here.”

Griffin Colapinto turned heads late last year when he made the Quarterfinals at the Hawaiian Pro with an amazing display of aerial surfing.  The young Californian is full of confidence coming into the WJC at Kiama.   “The waves are so fun down here,” Colapinto said. “This is my first time here and I’m loving it. Having a good result in a big QS in Hawaii definitely helped to build my confidence. Doing well against the older guys makes me feel like I could achieve a lot at this event.”

Teresa Bonavalot from Portugal is no stranger to the World Junior Championships. The young ripper from Cascais finished in equal 3rd at the last WJC and in runner-up the year before that. Bonvalot is hoping she can go all the way to top spot on Kiama.   “Winning the World Junior title is a dream,” Bonvalot said. “I have been competing on the QS a lot this year and feel like I have never been more ready for an event. It’s a great place for a contest, I feel at home in Australia.”