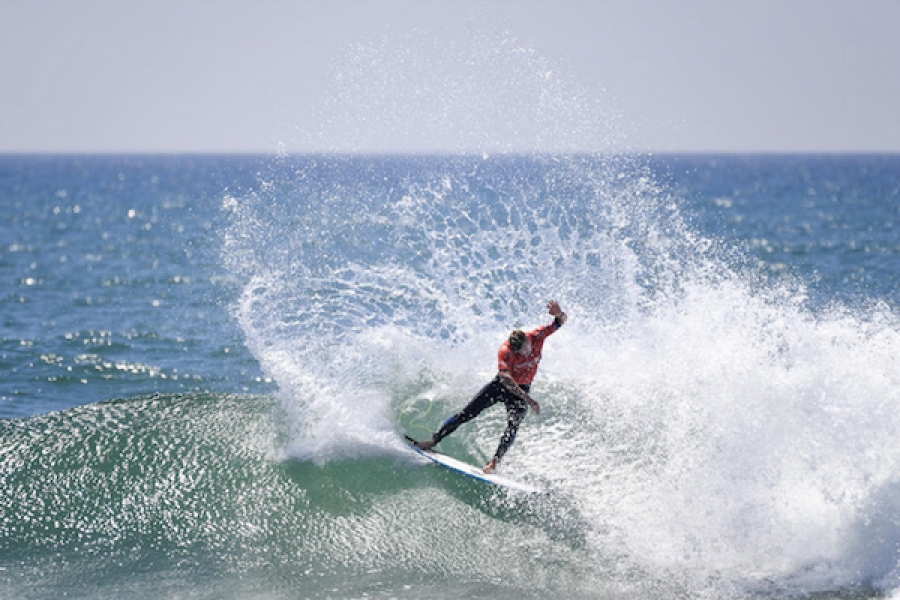 Quiksilver Pro Will Start With Supercharged Round One Matches

The Round One heat draws have been announced for both the Quiksilver and Roxy Pro Gold Coast, and the prospects for early fireworks look inevitable. Here's a quick breakdown of four vital heats sure to get the competitive juices pumping:

Round One, Heat 7  - Kelly Slater vs. Mick Fanning vs. Jeremy Flores
Any time you have 14 World Championship Title belts facing off in a Round One heat things are going to get testy. Both Slater and Fanning have plenty of skin in the game this season and have stated publicly their desire to strip John John Florence of his World Title. It sounds crazy to say it, but a big result at the Quik Pro is a must have for both surfers in 2017. Although many might consider Flores a long shot in this heat, he's probably spent more time surfing Snapper over the years than any non-Aussie in the mix. Count him out at your peril.

Round One, Heat 12  - Sebastian Zietz vs. Owen Wright vs. Ethan Ewing
Zietz is coming off a best-ever 2016 campaign where he finished ranked No. 12, and his pocket-snappy, nose-stabbing style looks as sharp as ever. If the surf gods are kind and a groundswell arrives, his surfing is perfectly suited for a deep run. Back at Snapper after a year-long recovery from a head injury in late 2015, Wright certainly will have the fans hearts on his side. He'll need to build slowly in what will be an emotional return to the Championship Tour. On the surface, Ewing may appear to be an unknown quantity, but he grew up just down the road in Stradbroke and knows Snapper like a local. If he can carry momentum from a brilliant winter and deflect the rookie jitters, a glorious run could be in the stars.

Round One, Heat 4  - Courtney Conlogue vs. Silvana Lima vs. Pauline Ado
It's a tried and true sporting cliche, but the question for Conlogue remains: After finishing No. 2 and getting so close to a World Championship, will she be able to summon the desire for another drive to the Title? She can use her 2nd place finish at Snapper last year as motivation to go one better in 2017. Lima has spent years yo-yo-ing on and off the elite Tour, but the Brazilian small wave wizard is back where her aerial attack belongs. But does she still have the head for competition as the oldest female surfer on Tour? It's an issue that has been the main deterrent to her world-class talent. Ado, the French mademoiselle from Hossegor, makes her return to the Championship Tour after two years of grinding on the Qualifying Series. She'll need to stomp down any seeds of self doubt, build on her positive results from re-qualification and concentrate on surfing Snapper with just two other women in the water.

Round One, Heat 6 -  Stephanie Gilmore vs. Malia Manuel vs. Lakey Peterson
With six World Titles and two dozen career CT wins under her belt, Gilmore could step aside now as perhaps the greatest female competitor ever. But the Coolie local with the dreamy style and languid technique isn't ready to pack it in yet. Nor should she. If she's finally put her equipment issues to bed, her form and function will pave the way to a big result. No longer the bridesmaid, Manuel's victory over red-hot Johanne Defay at Manly (for the Girls Make Your Move Women's Pro QS 6000) may finally have shattered any mental glass ceiling she had conjured. An excellent run of results during the back half of the 2016 season (including a runner-up at the Vans US Open of Surfing) may be the boost of confidence she needed to chase a Title in earnest. Perhaps the most physically gifted surfer on tour, Peterson has all the tools necessary to make a considered run at the World Title. But, as many talented athletes before her have learned, there can often be a price to pay -- the dreaded injury bug. If she can stay healthy for an entire season, Peterson may finally break through in 2017.