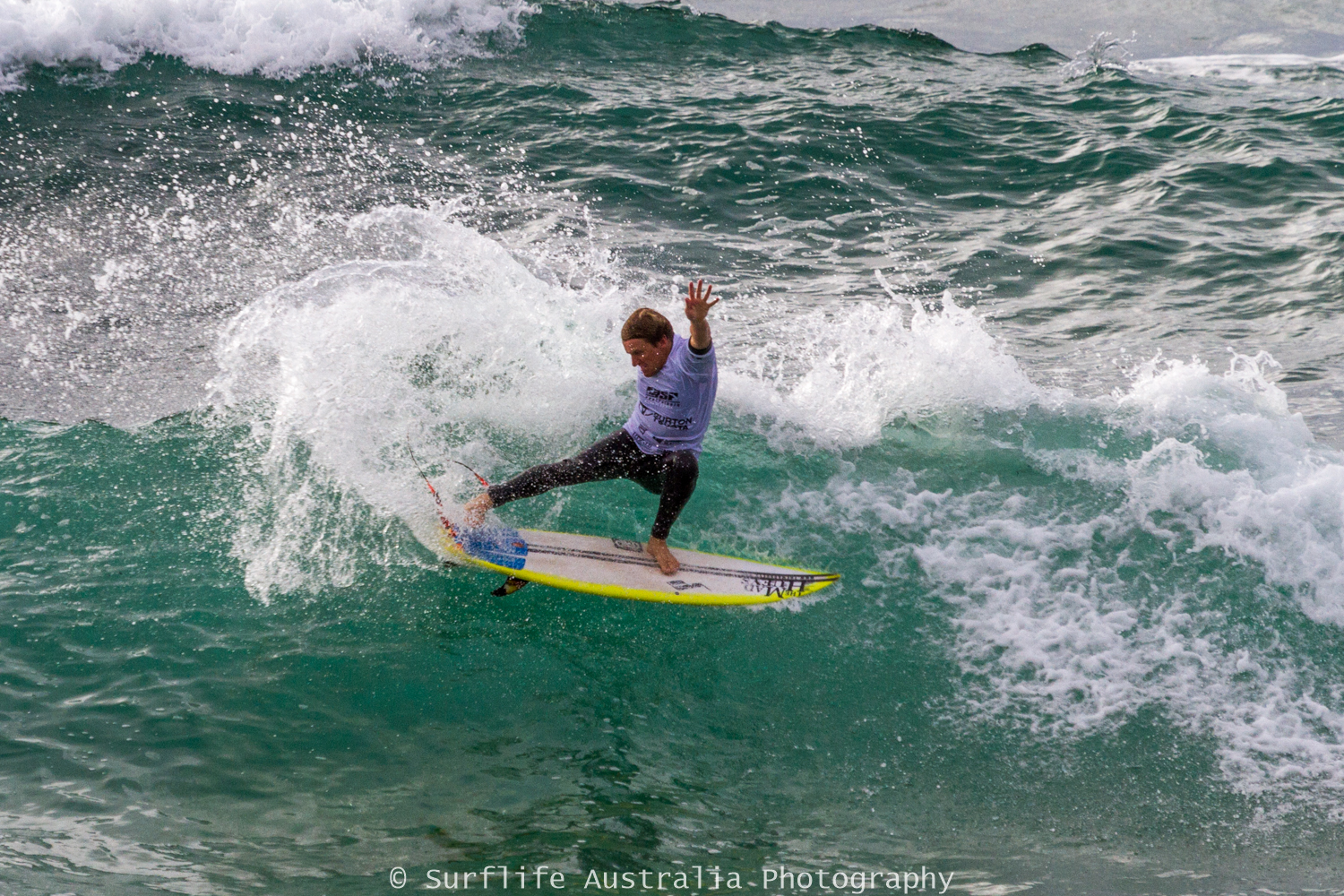 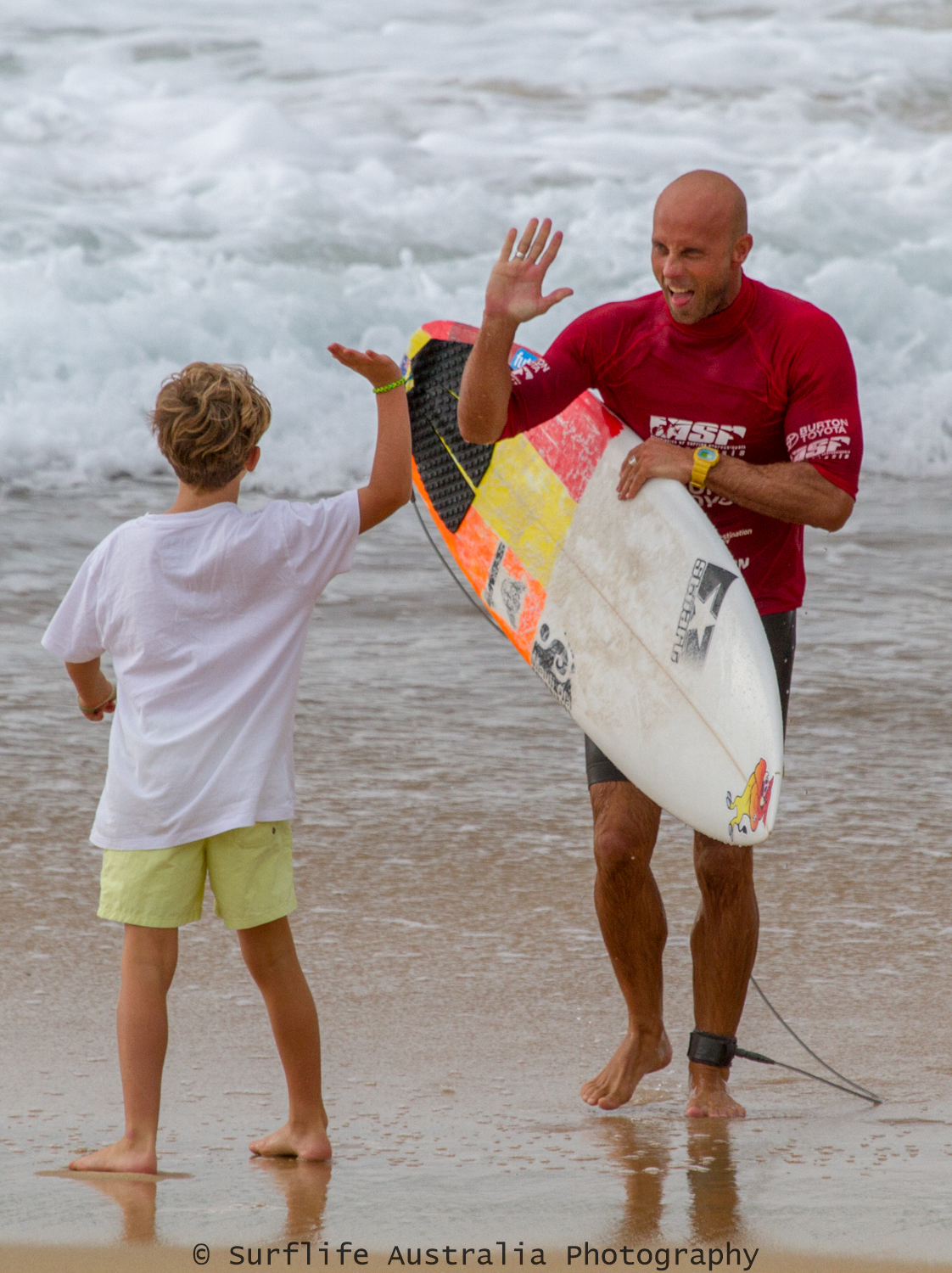 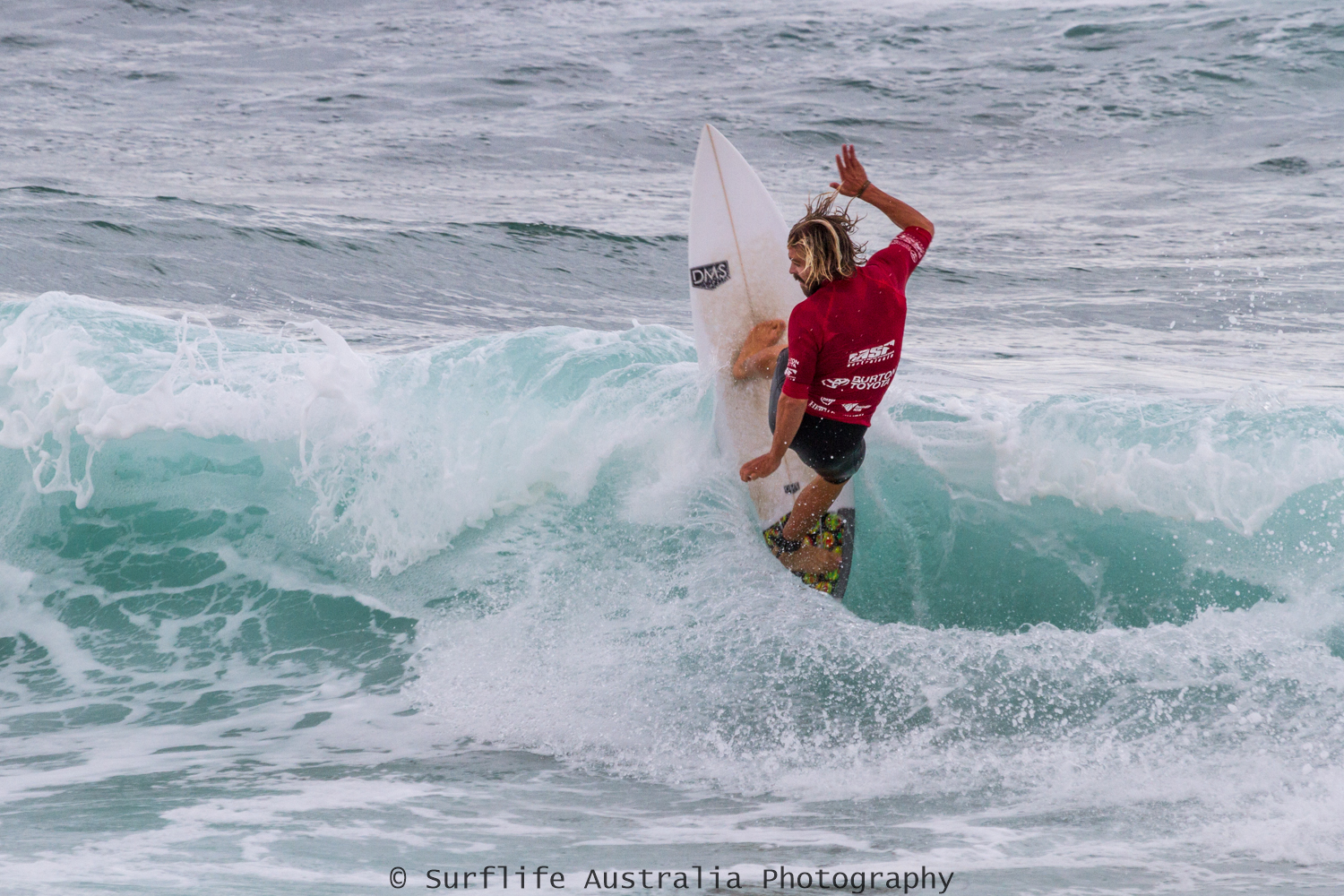 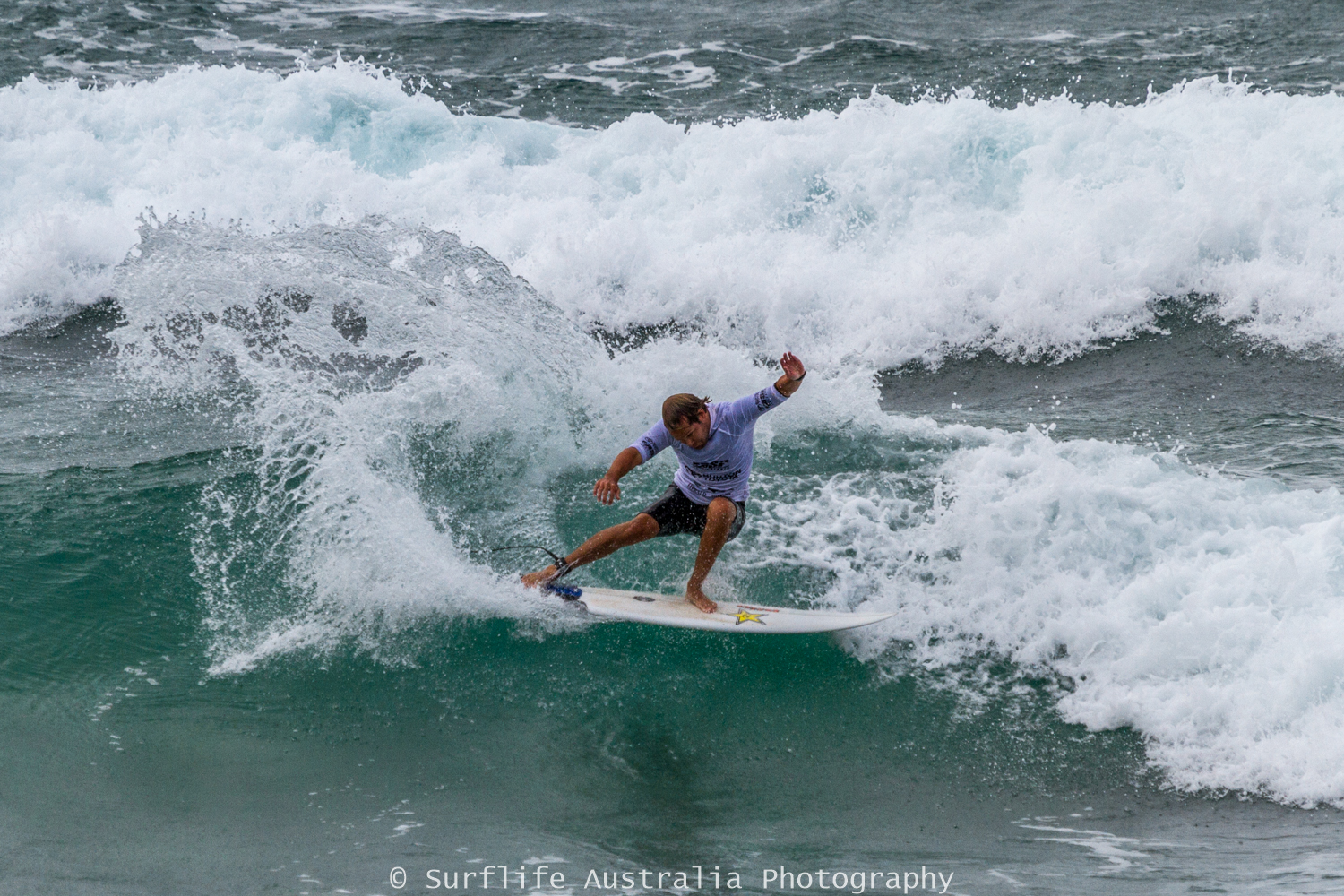 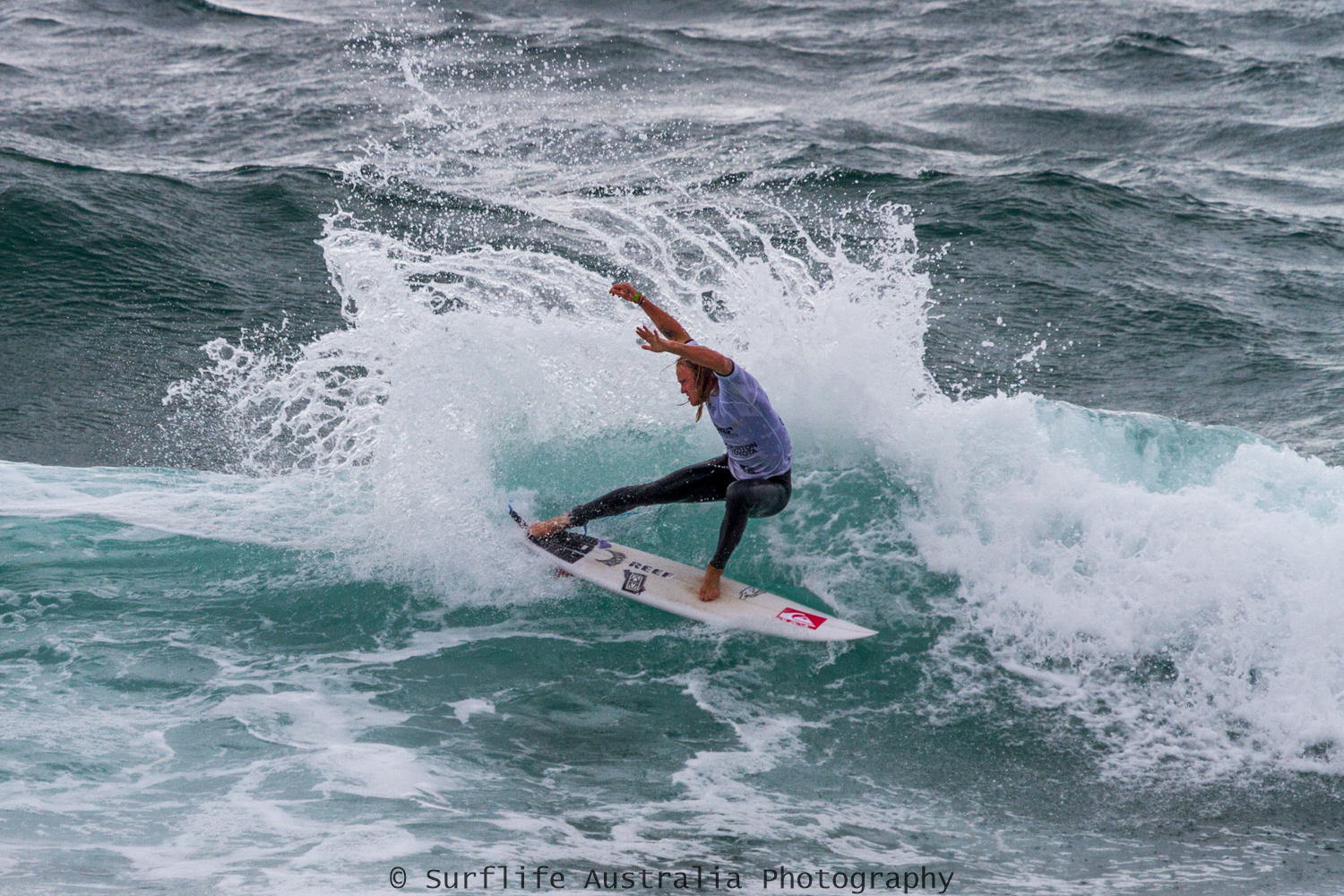 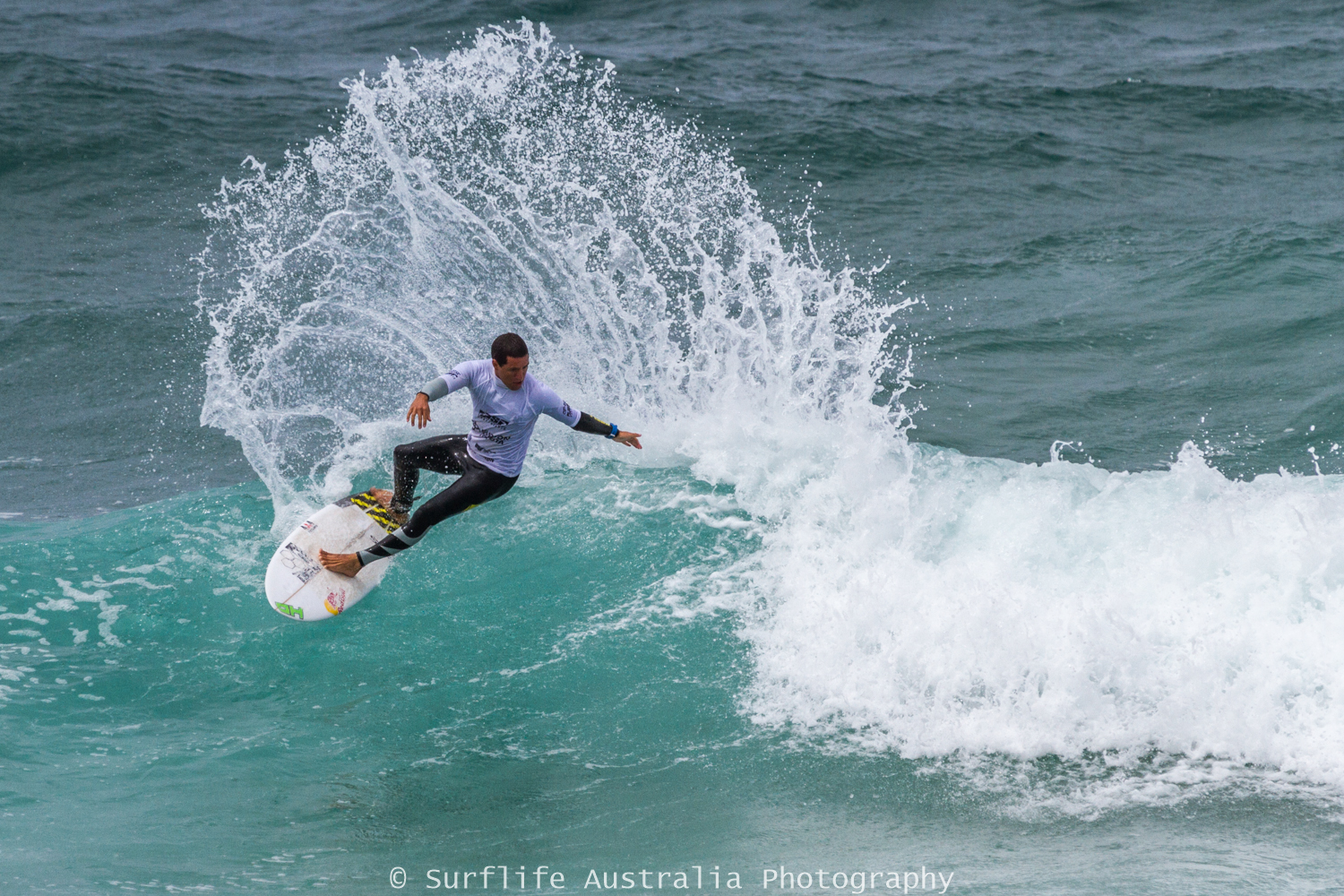 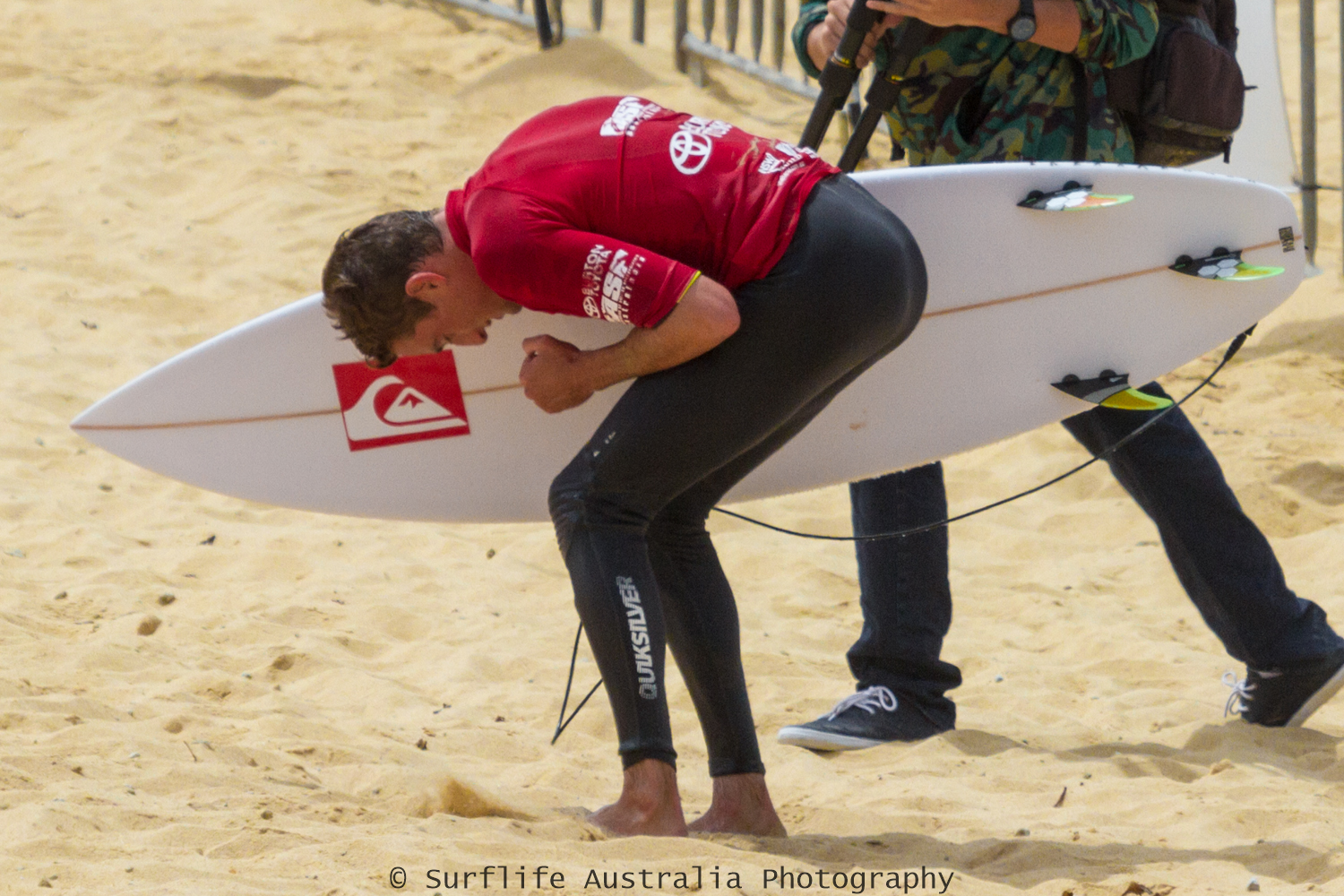 It was non stop action at Merewether for the finals at Surfest Newcastle.

Banting finished the Burton Toyota Pro on a high, posting two scores in the 9-point-range in the Final to seal the win over Nathan Hedge (Narrabeen, NSW/AUS). Banting’s surfing was electric, combining razor sharp snaps with inverted aerials. This is the second ASP 6-Star QS win for the 19-year-old, having previously taken out the Hurley Australian Open of Surfing in Manly in 2012.

“This is the closest thing I have to a hometown event,” Banting said. “It’s great to travel a couple hours down the road and compete in a world-class event. After I posted that first 9 I started to get excited and picture myself on the podium already, but I had to tell myself to settle down and get back to the basics and take it just like any other heat. It’s hard to treat it like like any other heat, but you have to try. I won a 6-Star when I was 17-years-old and haven’t won one since and I’ve been really hungry to get another win, I got 3rd at the US Open last year, but this feels way better.”
Hedge is a former Samsung Galaxy ASP World Championship Tour (WCT) surfer, and is hungry to reclaim his spot among the Top 34 surfers in the world. The 34-year-old hasn’t slowed down, unloading powerful and precise backhand turns all event.

“I’m 34, I’ve been coming to Newcastle for 20 years and I’m not sick of it yet, the people here are great,” Hedge said. “The Australians have been dominating all week and I’m happy to see one of us win the event. Adriano De Souza (Brazil) won the first 6-Star in Manly, so it was our turn. This is my best result on the ASP QS in a long time, it’s a great start to 2014 for me.”

Manuel is coming off a 3rd at the ASP 6-Star Hurley Australian Open of Surfing in Manly last week and today she took it all the way, defeating fellow Hawaiian Alessa Quizon in the Final and Sage Erickson (USA) in the Semifinals. Manuel has been the standout surfer for the entire week in the Hunter Ports Women’s Classic, pushing her turns harder than the rest. Manuel takes her good form into next week’s season opening Samsung Galaxy ASP Women’s WCT event, the Roxy Pro Gold Coast.

“I didn’t come to Surfest last year and I’m so glad I came back this year,” Manuel said. “I’m really happy to be back in Newcastle, I’m definitely more in love with life today than I was yesterday. I’m really excited to surf heats and to be back in Australia early for the start of the ASP season. I got second the last time I was here, so I know how it feels to be the bridesmaid and it feels really good to step up.”

Quizon also finished runner-up at last week’s event in Manly, and despite the two 2nd’s she was upbeat about the results and already seeing the positives. Quizon and Manuel came into the final evenly matched, with Manuel scoring a two wave heat total of 14.67 (out of a possible 20) in her Semifinal to Quizon’s 14.50 (out of a possible 20) in her Semifinal.
“I’m super excited that I made it to the final,” Quizon said. “At least I’m being consistent. I really want to do well in the WCT events and posting two results in the 6-Stars takes the pressure off, so I don’t have to worry too much about re-qualifying. The Hawaiian girls are ripping, it’s usually the Australian girls winning all the events so it’s good have the Hawaiians stepping up and representing.”

Anterior WANT TO KNOW THE HEAT DRAW FOR THE PRO GOLD COAST? Próxima THE AUSTRALIAN SURFING SPORTS EXPO'S WRAP UP