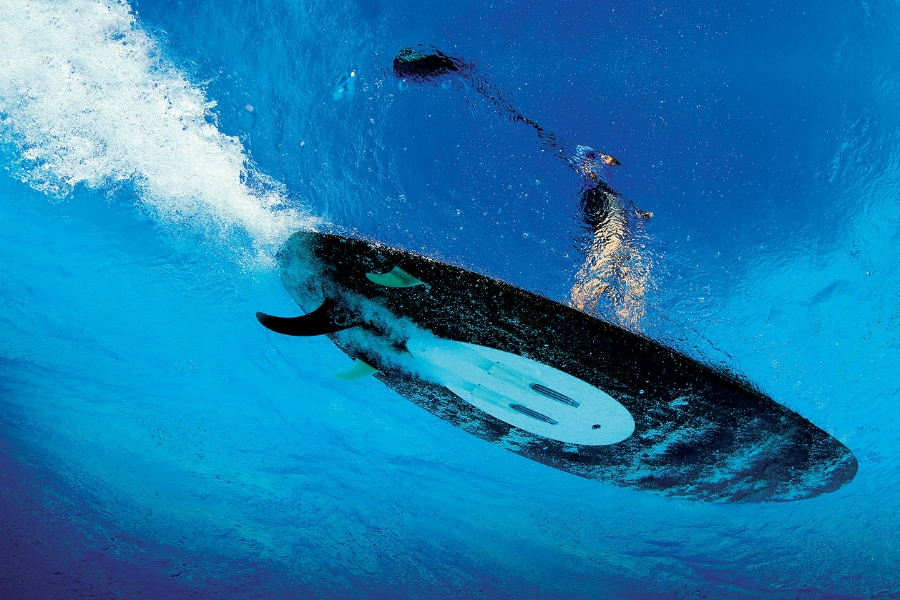 This massive, 3 day event hosted over 70 exhibitors, 5000 plus visitors, trade and industry representatives, gave away 9 surf boards and stand up paddle boards, 5 surfing holidays, three GoPro Hero 3+ and too many other prizes to list, over the weekend of February 14 to 16, 2014.


The huge crowd saw some of the surfing industries biggest names as well as some of the most innovative up and coming companies on show at this first run event.


The Australian Surfing Sports Expo exceeded expectations for the over 70 companies who attended with 16 of the exhibitors resigning for the 2015 expo and a further 10 signing expressions of interest forms to reserve their sites for next year’s expo. Blake Tabone, Managing Director of Surfing Exhibitions Australia, said “We are overwhelmed with the response to the Expo from both the public and the industry, we have learnt some things from running this first show that we can improve on for next year, but all in all we couldn’t be happier with the way everything turned out.”


The first morning of the Expo, was strictly dedicated to trade, media and industry giving the companies involved a chance to talk business, make contacts and check out the new innovations and new releases from companies like Eastcoast Surfboards, SurfTech, Kelly Slater’s Komunity Project, GoPro, Mt Woodgee, Futures Fins, Super Brand, Fire wire, Starboards, Coreban and Samsara surf. Many companies took advantage of the trade morning inviting along reps, buyers and retail stores to view their lines on show. One of the most interesting facts to come out of the trade morning was the number of overseas representatives who attended with many of the exhibitors finding new avenues for their products in overseas markets.


From 12:30pm, on the first day, the Expo was opened to the public, and with a queue of people running half the length of the venue the Expo got into full swing. One of the first things on the timetable was the Richard Harvey (Harvey Surf) mobile shaping bay, where legendary shaper Richard Harvey was hand shaping boards over the three days of the Expo, GoPro had cameras mounted in the shaping bay so the audience could see what was happening on the big screen, live commentary from surf industry identity, John Neilson, attracted the audience right away. Throughout the day other events were happening on the stage and out on the river beside the venue. WaveJet Propulsion spent plenty of time out on the river demonstrating their motorized surf products while the guys from Fiik Motorized skateboards used the grass area to demonstrate the power and fun of their off road boards. Events like the fashion shows featuring brands like Handsome me, Clione, Outer Edge Australia, Nouvel Vauge and others always bought the attention back to the main stage.


Day 2 bought just as many highlights with GoPro continuing their daily giveaway, presentations from R.O.L.E Foundation and the Surfrider Foundation, live music from Ben Jalu (Thanks to K-Star) and the Merry’s. Many exhibitors held product reviews, demonstrations or lessons on their products right at their stands. CTRL V showed how their surfable, self-adhesive decals are applied to your board while Froth surf wax showed their preferred method of waxing your board and how a great wax should bead.


Day 3 saw the biggest crowd of the weekend with the public pouring through the doors throughout the day. Sunday also saw a massive hourly giveaway on the main stage. All you had to do to go into the running for the massive list of prizes (including Bede Durbidge surf board from Mt Woodgee, hand crafted surf boards from Jack Knight and Wooden surf boards By Steveo and 4 holidays from Surf the earth, Siren Surf Adventures and Souls Surf Safari, HB bodyboard from Sports Camera) was fill in a survey from the roving Expo girls. The crowd was quickly whipped into a frenzy as Froth wax, Freestyle watches, Surfing Life Magazines and racks from Surf n Rak were thrown into the crowd as a warm up. By the end of the day both exhibitors and organisers declaring the Expo a huge success.


The Expo was wholly embraced by the Gold Coast media with Channel 9 doing a daily segment for their news and Channel 7 doing three live crosses including their weather report from inside the Expo on Saturday night. Hot Tomato 102.9fm ran several competition to promote the Expo including several live crosses and an on stage presentation to a listener of an Eastcoast surfboard. The Gold Coast Bulletin ran stories on the Expo each day while several of the large surfing magazines were also in attendance.


During the event S.E.A conducted just over 1000 surveys of the public in attendance with a wide variety of questions. The key questions were “Overall, how would you rate the event?” A massive 83.27% rated the expo either “Excellent” or “Very Good” and a further 14.29% rating it as “Fairly good”.  A huge 95.06% would either re-visit the Expo or tell their friends about the show while a further 71.7% found the Expo either “Great” or “A lot of value”


During the final day of the Expo exhibitors were overwhelmed by the response to the show that 16 exhibitors re-signed for the 2015 Expo guaranteeing The Australian Surfing Sports Expo will continue into a second huge year.  Solo Shot, Starboard, Djb Surfboards, Samara surfboards (just signed on with firewire), Windansea surf board club, ROLE foundation, Surf’N’ Rak, Sunjam Australia, Koma Surfboards, North Narrabeen Wax Co, Watershack, Paddlesports, Djtp Imports, East Coast Surfboards and Soul Surf Safaris all had pre contract agreements signed before they left the building on the night of bump out and a further 10 signing expressions of interest forms to reserve their sites for next year’s Expo.