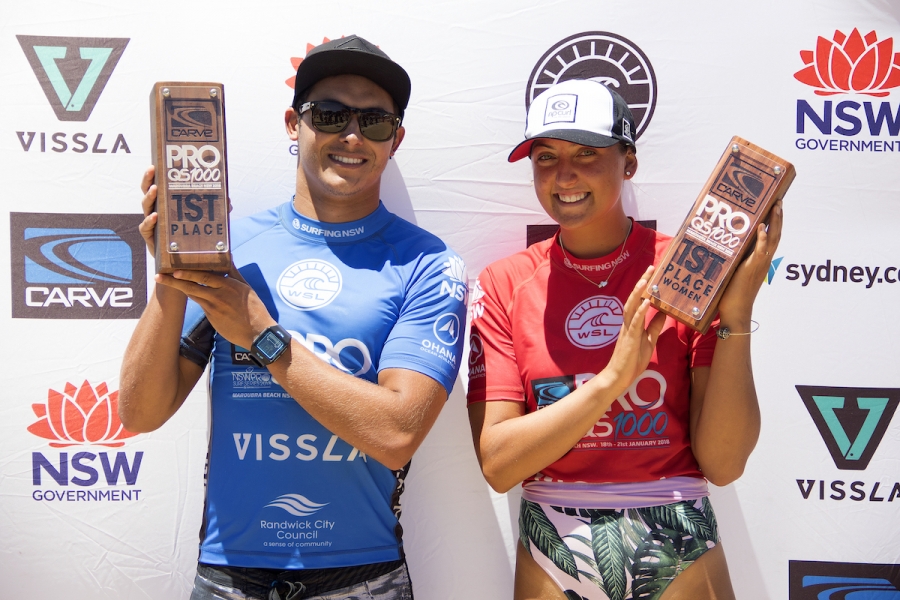 Kobie Enright and Shane Campbell have taken out the first event of the World Surf League (WSL) Australian Qualifying Series (QS) leg for 2018, the Carve Pro.

Both competitors were standouts all event posting some of the highest totals and dominated the two-foot peaks on offer on finals day. Both Enright and Campbell will leave Maroubra with 1000 QS points towards their 2018 campaign.

In 2017, Kobie Enright made it all the way to the Final of the Carve Pro and fell just short in second place to good friend Macy Callaghan. Upon her return to the event, winning was at the forefront of her mind but she was all too aware of difficulties of overcoming a field of almost 40 hungry QS competitors before getting there.

“Coming second is really tough and I definitely didn’t want it to happen again,” Enright said. “I’d rather get fifth or first but not second again. The ultimate goal at every event is to win, but this one is sweeter than most. I’m really stoked to take out the first event of the season, I feel like it will put me in a really good stead going into the 2018 season.” 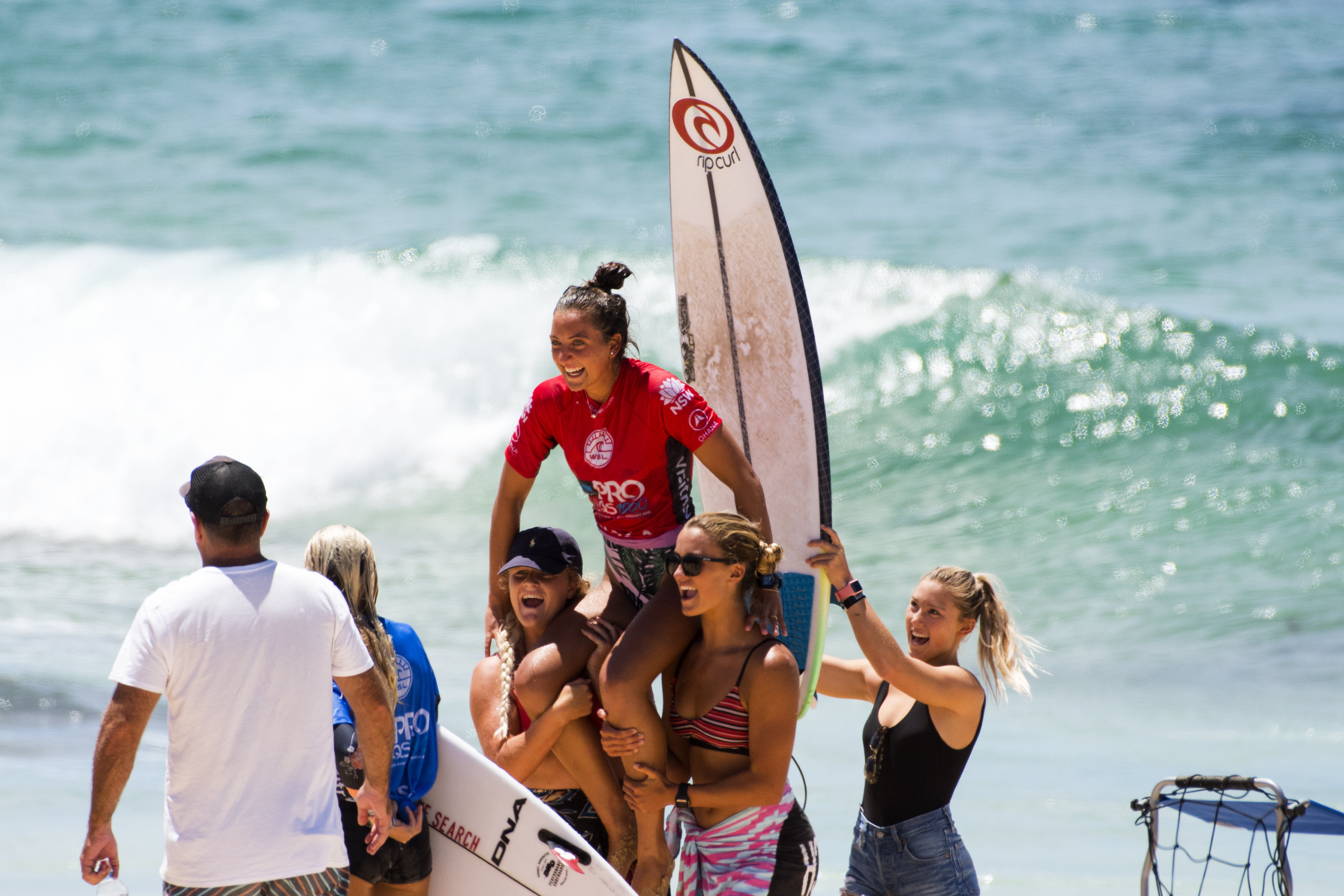 In the Final, Tweed Heads native Enright came up against event dark horse Molly Picklum. Picklum was on the ropes early as Enright posted a 7.50 (out of a possible 10) and immediately backed it up with an excellent 8.00 ride. Enright’s heat total of 15.50 left Picklum chasing a near perfect 9.75, a score that proved too much, leaving Enright to take her first QS event win.

“I have seen a fair bit of Molly’s surfing recently and was really nervous leading into the final,” Enright continued. “She has been ripping all event and I knew it was going to be a tough task. She is still so young and surfs amazingly, I really think she has a bright future ahead of her.”

Although she was unable to find a rhythm in the final, young Central Coaster Molly Picklum was thrilled to make the final in her first WSL QS event appearance. At only 15 years of age, it is safe to say Molly Picklum is a name to remember.

“I came to this event to try and get some experience surfing against the older girls,” Picklum said. “I definitely didn’t expect to do very well so to end up in the final with Kobie was a bit of a shock, the small surf over the last couple of days was definitely to my advantage. I’m so excited about my result and have had an awesome time here in Maroubra.” 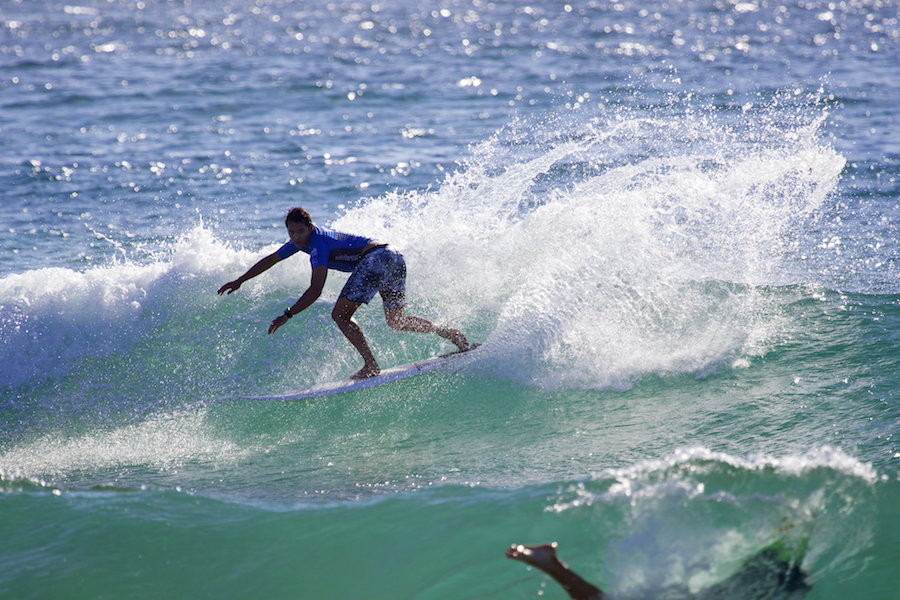 Cronulla local and Carve team rider Shane Campbell has spent the last three years on the QS tour upping his seed each and every year. After a number of QS seconds over the last couple of seasons, Campbell found himself in top spot for the first time since 2016. Throughout the week at Maroubra, Campbell was a dominant performer, taking down a number of the event favourites along the way, including Harley Ross in the final. Campbell came out swinging in the final posting decent scores on his two opening waves - a 6.00 and an 8.25 - to gain the edge over Ross who was left chasing an elusive 7.26 wave score to snatch away his lead.

“Last year I had a couple of QS Finals and came just short finishing in second which I found really frustrating,” Campbell said. “My aim this year was to get another win so to do it in the first event of the season is really cool. It’s the best start when you’re going for a solid showing on the Qualifying Series. Coming from Cronulla, I have spent a bit of time in this area and am comfortable with the waves, this was definitely an advantage for me this week. I’m excited for the next event and to see what sort of a run I can get on in 2018.”


This was the first Qualifying Series final Harley Ross from the Northern Beaches had been in.  Although he was unable to take the win, he was over the moon with the best result of his young career.

"This is my first QS event final so I’m really stoked,” Ross said. “The waves were really suited to me this week which was great. Although it was small, they had a great shape so it was really fun. I’m heading to a QS3,000 in Hawaii next week so I’m stoked to be heading into that with a bit of momentum.” 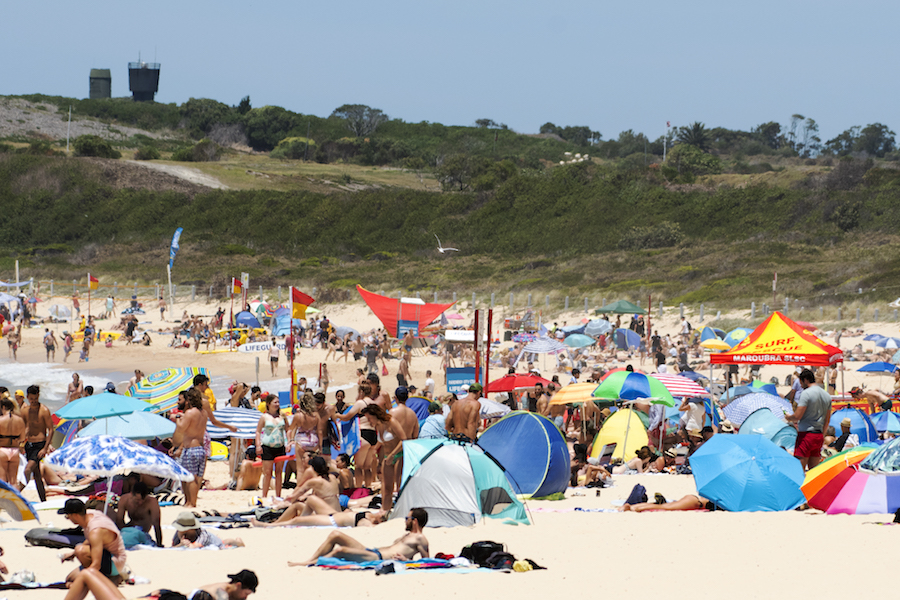 The Vissla NSW Pro Surf Series was developed for Australian and International surfers to gain ranking points and prize money on the WSL Qualifying Series. The Series also creates a NSW coastal road trip for all to explore the variety of waves, visit local communities and enjoy NSW surfing culture.