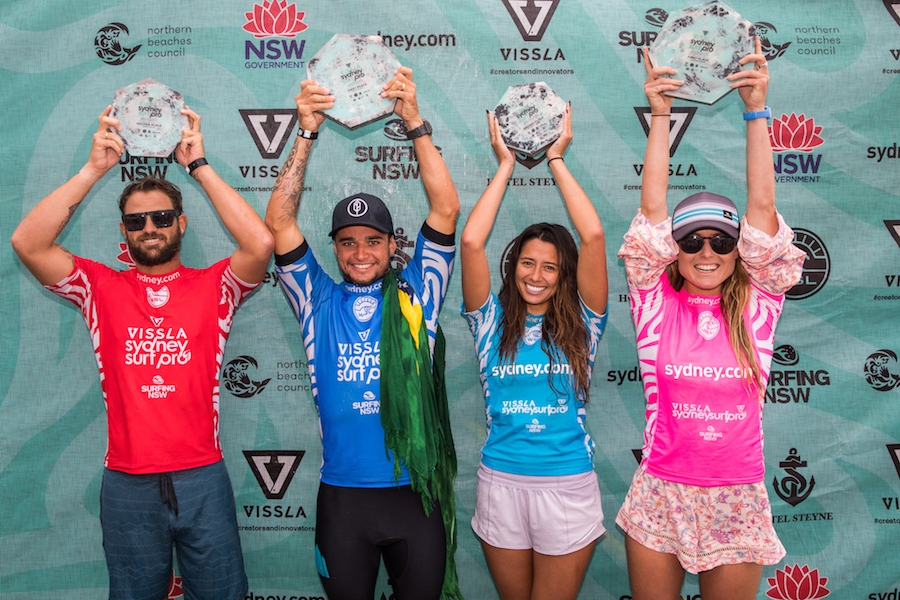 After a week of epic conditions at Sydney’s home of professional surfing, the Final day was held in small testing conditions. This did not detract from action as huge weekend crowds watched Silva take the victory of his career while Van Dijk took her second QS victory at Manly.

Deivid Silva (BRA) bagged himself the best win of his young career, claiming the Men’s division ahead of fellow countryman Alejo Muniz (BRA). Silva dominated the tiny waves throughout the thirty minute affair, nailing the only perfect 10-point ride of the entire event to gain the upper hand against Muniz who was left chasing an 18.84 two-wave combination to take away Silva’s lead. Silva takes home 6,000 valuable Qualifying Series points for the win and will head into the year with a solid leg-up as a result of this title.

“I’m so happy to win this event at this beach, this is so good and I feel so honoured,” Silva said. “This has given me such a good start for 2018 and to share the final with such a good friend is the best feeling. This is the best win of my life so far and I’m so stoked to take it back Brazil.” 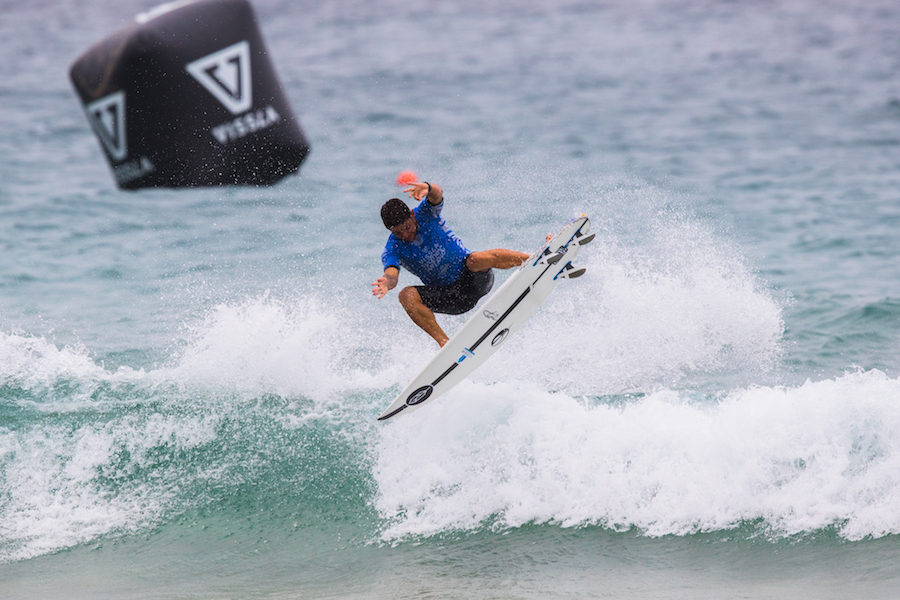 Spending a solid portion of the last year injured, Alejo Muniz (BRA) showed a stellar return to form, taking out the runner-up finish. Muniz was unable to find the same gear he displayed in earlier heats, however he remains stoked to share a final with a fellow Brazilian and get a solid result to start 2018.

“This has been such a good start to 2018 for me,” Muniz said. “I got a 9th in Newcastle and now to come second to my great friend is a really good feeling. Even though I needed a combination of scores at the end, I’m still so stoked to get this result. Deivid and I have known each other for such a long time and I know his whole family so it doesn’t hurt to lose to a friend like him.”

The Sydney Women’s Surf Pro Final saw Nikki Van Dijk (AUS) come up against Malia Manuel (HAW) in what was a thrilling duel between the two elite Championship Tour competitors. Along with valuable QS points and prize money there were serious bragging rights on the line as each surfer searched for a second QS6,000 win at Manly. In 2016, Van Dijk took the win over Manuel and in 2018, it was a repeat result with Van Dijk posting an excellent 8.00 point ride along with a 6.53 for a total of 14.53. The Phillip Island native now heads into the first event of the 2018 Championship Tour, the Roxy Pro Gold Coast, full of confidence.

“This has been such a fun week,” Van Dijk said. “Coming up against Malia was always going to be tough so I knew I’d have to rip every wave the best I could. I won this event two years ago and Malia won last year so there was definitely some rivalry out in the water. I'm so happy to come out on top. I’m so keen for the CT to start next week at Snapper Rocks, but for now I’m going to just enjoy this win.” 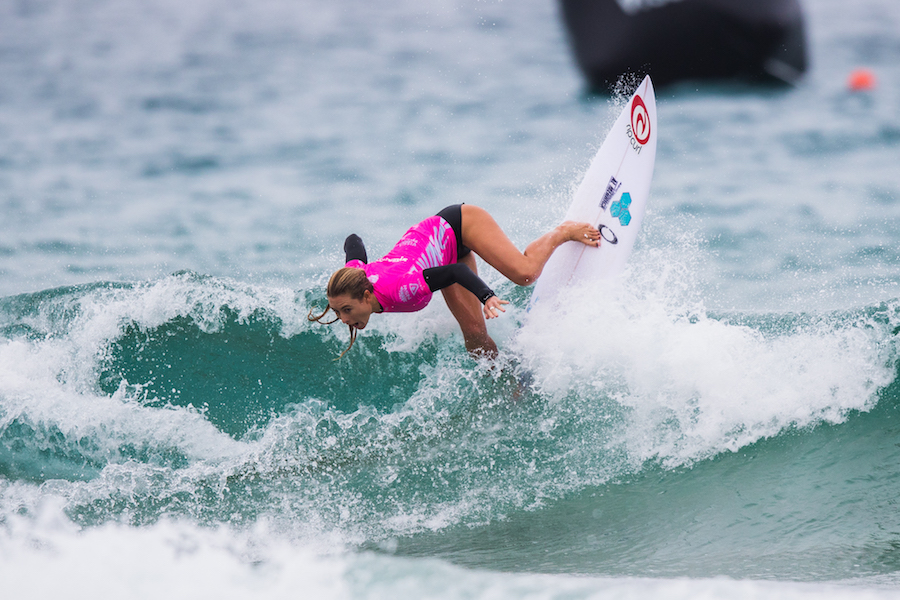 In what was her third straight final appearance at Manly, Manuel looked on point posting a 14.10 two-wave total to give herself a chance at going back-to-back at Sydney’s biggest professional surfing event. Unfortunately for the Hawaiian natural-footer she was left chasing a 7.44 to take the lead but forced to finish runner-up to Van Dijk once again.

“Regardless of the conditions it’s been a really fun week,” Manuel said. “It was a great challenge coming up against all of these women and in some tough waves but as always at Manly, the atmosphere was great. Apart from the last two days the waves were incredible, I’ve been surfing so much since I arrived. It was cool to meet Nikki in the Final again here at Manly it feels like just yesterday that we were facing off last time. I’m really excited ahead of the CT season and a Final to kick it off is a great way to prepare for Snapper.”