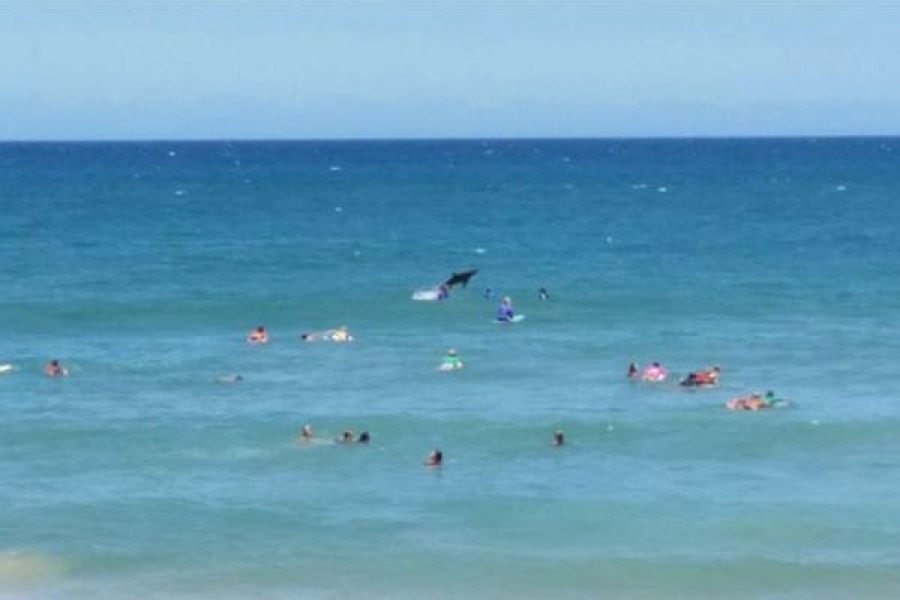 It all happened in New South Wales, when Steph Bellamy was at Macauley's Beach on Sunday for the Coffs Harbour Boardriders Club competition and was taking snaps of a group of mothers who had taken to the surf for a special heat.

"I took a shot, but as I stood up there was a splash and I thought, 'what was that?' and hit the button to take another photograph," she said.

"Then I heard the judges say, 'Wow, what was that?' and I expanded the shot out so I could have a look and it was as plain as day there was a major photobomb from a beautiful creature of our planet.

"It was a shark, and quite a large one."

She said the mums and kids were told to get out of the water, but 10 minutes later the competition resumed with the open men's heat.

"He's launched twice at some sort of fish he was after, I think," she said.

"He certainly wasn't after any of the mums, that's for sure, which is a good thing."

Anterior “DE PASSAGE”, THE MOVIE Próxima THE PRESSURE IS ON AT SUNSET BEACH