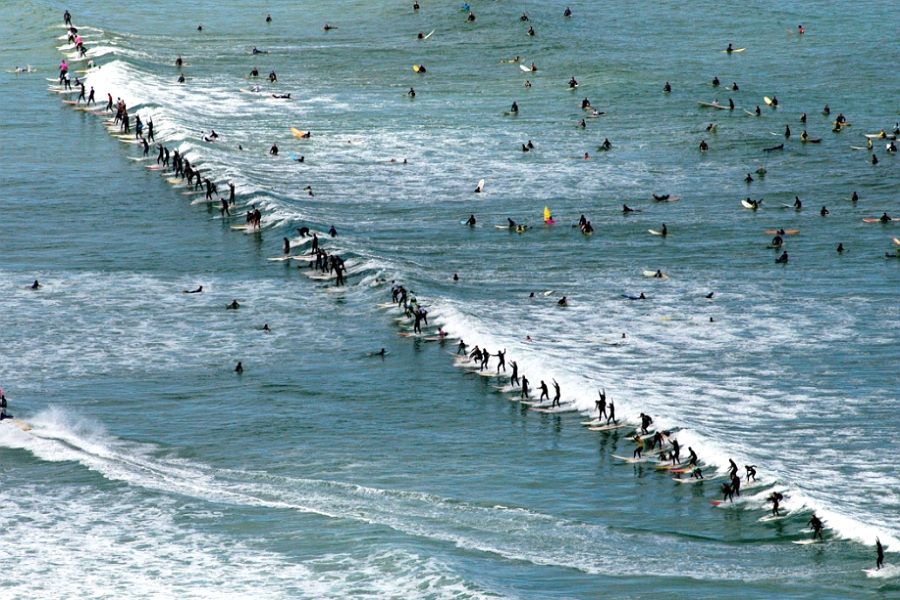 On January, the 26th, at 9am on the Souther Coast of New South Wales, Australia, North Broulee beach will have a massive crowd, but this time, for a good reason.

Local surfing community are going to try to beat the world record for more surfers on the same wave, and by doing that, they will also organize a fund raising that will be delivered to Westpac Rescue Helicopter, and Broulee Surfers Surf Lifesaving Club.

The previous record was set in Cape Town, South Africa, in 2009, with 110 people riding the same wave.