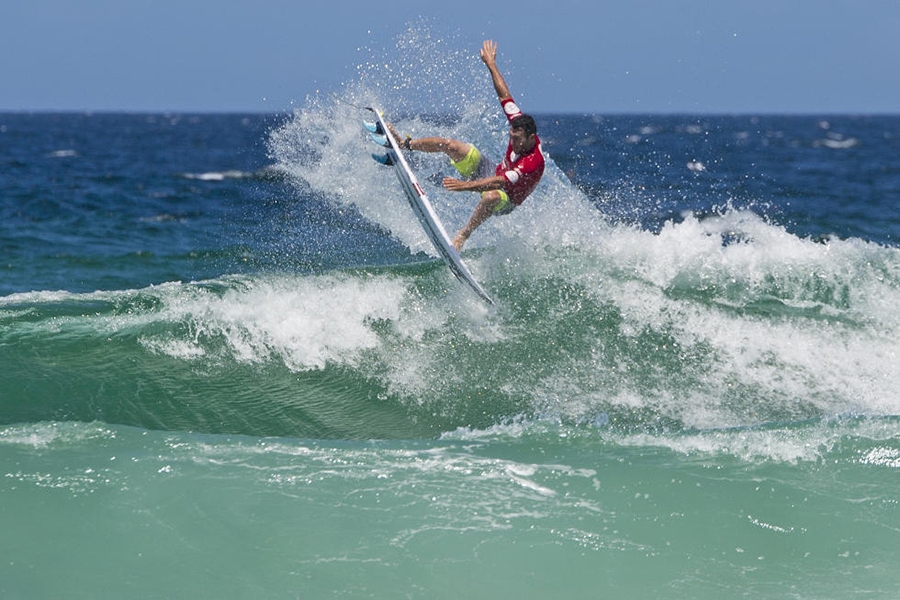 Burton Automotive Pro reached the second round, and it's top seed was the dominant force.

It's the calm before the storm at the Burton Automotive Pro as competition ran through a day of small wind groomed peaks. All eyes have been on the surf forecast as the weekend has potential for 8 - 10 foot waves for an epic finish to the 30th Anniversary of Newcastle's Surfest. This year's World Surf League (WSL) men's event holds a Qualifying Series QS6000 rating and the Burton Automotive Women's Classic, a QS1000, could start today.

2012 World Champion Joel Parkinson (Coolangatta, QLD/AUS) scored a 9.07 for his first wave in his 2015 competitive campaign. Competition shifted 500 meters up the beach due to small conditions but there was still plenty of turn and air sections on offer. Parkinson used every ounce of his competitive fire and experience to take the heat win over three exciting up-and-comers with Parker Coffin (USA) advancing in 2nd position while Kanoa Igarashi (USA) and local surfer Jackson Baker(AUS) were eliminated in 3rd and 4th.

"That was an unreal start - this year I'm really keen to give it a good go in all the events," Parkinson said. "I'm pretty happy to start the year with a 9-point-ride. There's starting to be a real buzz around the event, knowing there's a good swell coming. I knew I had to grovel through a couple of early heats and we will hopefully score some amazing waves this weekend. I was up against three really talented young surfers - one of them was Jackson (Baker) and he knows this place really well."