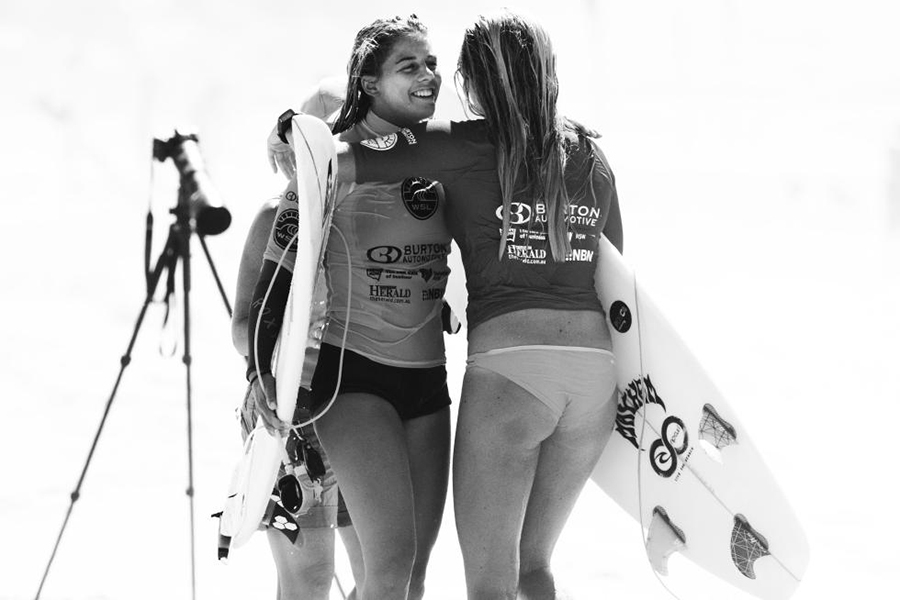 Maud Le Car (FRA) was by far the standout surfer of the day, amassing the two highest heat totals of 18.60 in Round 2 and 18.70 in Round 3. Le Car timed every turn and carve to perfection while combining fins free snaps and rail carves.

Holly Wawn (NSW/AUS) put together an impressive heat to advance to Round 4 of competition, blasting her way to a near-perfect 9.60 and earning a backup score of 7.83. Wawn is currently ranked No. 28 on the QS rankings and is well on her way to another result in Newcastle.

Mikaela Greene (WA/AUS) combined smooth wrapping turns and carves to easily win through to Round 4 of the Burton Automotive Women's Classic. Greene is having a great start to her competitive season and is currently ranked 19 on the QS.

Kirra-Belle Olsson (NSW/AUS) is on a roll at her first ever QS event, winning both her Round 2 and 3 heats. Olsson received the event wildcard and she has risen to the challenge, at 14 years of age she is beating older and more experienced competitors.

Hometown hero Philippa Anderson (NSW/AUS) also advanced in impressive fashion, using her fast and progressive approach to clock up some solid scores. Anderson will now take on Jaleesa Vincent (AUS), Kirra-Belle Olsson (AUS) and Kaleigh Gilchrist (USA) in the next Round.

Officials are still tracking a solid swell looming on the horizon that has the potential to see the 30th Anniversary of Newcastle's Surfest finish in epic conditions.