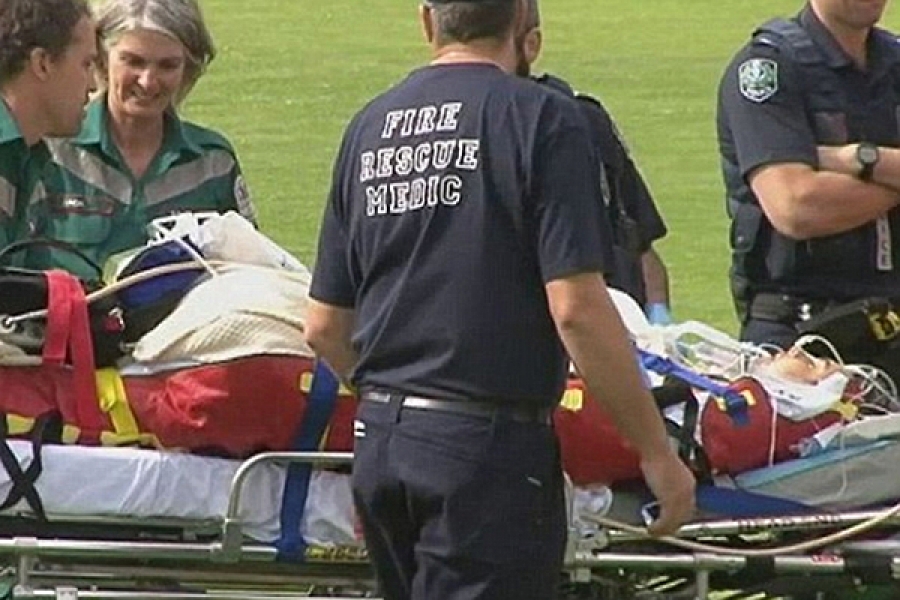 Christopher Blowes, 26, was attacked by a 6m shark while surfing a few metres off Right Point on the south-western side of Fishery Bay, about 35km from Port Lincoln on Saturday.

He was flown to Royal Adelaide Hospital where he remains in a critical condition in the intensive care ward. In a statement released by the RAH today, Mr Blowes’ family said they were extremely grateful for the community support shown for the popular surfer.

“On behalf of the family of Christopher Blowes, we would like to thank everyone for all the support and well wishes we have received at this very traumatic time, we are very grateful,” it says. “Currently our sole focus is on our unified, unconditional support and belief towards Christopher’s big fight he has ahead, and we ask that our privacy in being able to provide that is respected at this time.

Mr Blowes was among a dozen surfers in the water when the shark struck about 9.45am. At the scene, at Fishery Bay, friends and surfers frantically worked to save the Mr Blowes life, tying a tourniquet around his leg which was bitten off by a shark they say was six meters in length before carrying him up to a nearby car.

“It was horrific,” one man who asked not to be named said. “We got him out as quick as we could. ” Some reports suggest Mr Blowes was bitten more than once, suffering terrible injuries before losing his leg to the white pointer. The surfers were about 4m from the rocks at an area known locally as Right Point. “The shark came in and bit his leg off and the guys helped him in and carried him up the cliff,” said Mr Lugg, a surfer of 25 years. “I was just watching the shark go out to the ocean with his board still attached. “Obviously the shark still had his leg and he was still swimming around with it.” Mr Lugg was about 50m away, but said the shark was “definitely a great white”.

Anterior Adriano de Souza takes Margaret River Pro Próxima “There's no way I'm getting back in the water, no way in the world”