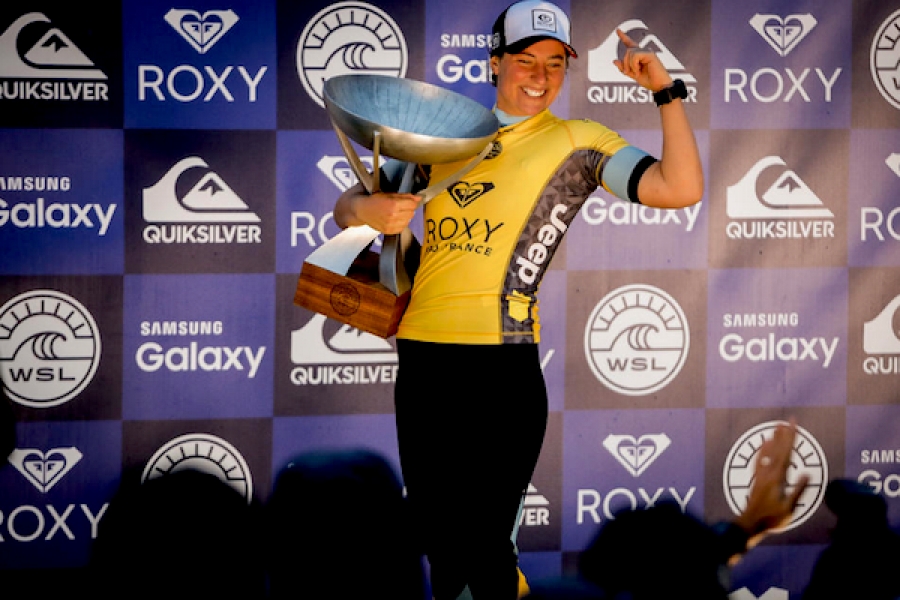 Already qualified for the final of Roxy Pro France, after beating Tatiana Weston-Webb, Tyler Wright saw the rival in the title race Courtney Conlogue lose against Carissa Moore. A result that gives her the title of the World Women's Tour 2016.

After four victories (Gold Coast, Margaret River, Rio de Janeiro and Trestles), a second in Cascais as better results, Wright was the big favorite, but Courtney Conlogue gave a big fight till the Roxy pro semi-final, where she was defeated by Carissa More.


"There were many hours, much effort but also a lot of fun to it. Many times ... I'm surprised not be crying but it will happen. There are many reasons for wanting to be world champion. Last year was turbulent. I lost an uncle and this was the last he saw me compete. I promised him to win the world title and I won. it happened a lot, Owen [Wright], my mother and my family and ... yewwwww !!! "

A full speech of adrenaline and full of references to the family, including her brother, Owen Wright, one of the best surfers in the Tour, who suffered a severe head injury in Pipeline at the end of last year.