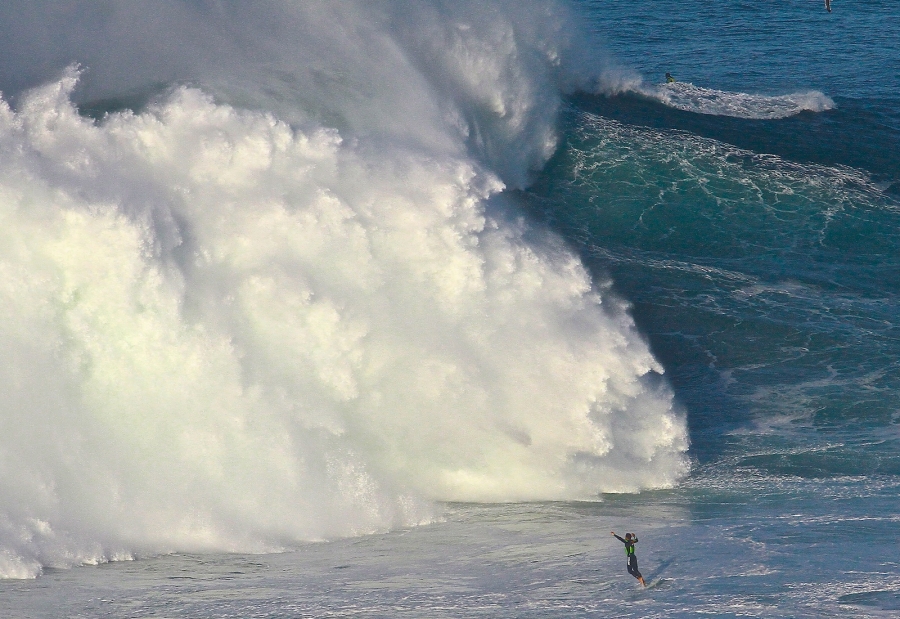 Lucas Chumbinho in a unforgetable and critical moment at Nazaré, Portugal...

On Monday, Praia do Norte at Nazaré gave a glimpse of its potential to McNamara, Carlos Burle, Lucas Chumbinho, among others. But one of the strongest pictures was a "poster" that day with Brasilian big wave rider Lucas Chumbinho.

The camera of the photographer Peter "Pikas" Pimenta (pepper) pinned Lucas standing Chumbinho, arms in the air like a pitchfork to challenge one of the heaviest waves that day at Praia do Norte. The  waves were bigger than 12 meters.


"It was bizarre, animal... I caught the first wave of the series, which was great, and when I left the wave looked back and giant wall os foam breaking in front of me. And the feeling was 'I am nothing in front of this wave and will be torn apart' ... "

After the impact of several tons of water, Luke tells us that went to the deep sea and even with the use of two inflatable pumps, those were almost insufficient:

"I pulled two firecrackers Patagonia and nothing, not going to the surfice ... it was animal. It was the worst situation of my surfing life, but I felt it was the hand of God. And I really believe in it, after all I am here to tell the story. But it was sinister. "