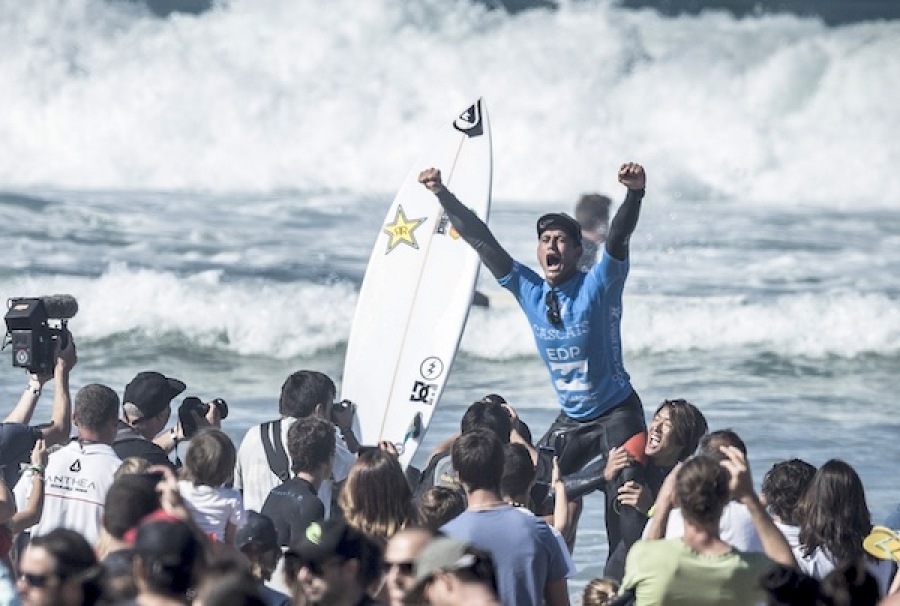 ...over Italo Ferreira (BRA) in clean three-to-four foot surf at praia do Guincho, the back-up venue in Cascais.

In the final, both surfers got off to a slow start with medium scores, Ferreira leading the first exchange with a couple of forehand gauges on a clean little left. Lau opted for the forehand as well on a right but couldn’t complete his final maneuver.

Facing tricky conditions, surfers decided to go to the air, and while the Brazilian fell on a few attempts, Lau managed to land a good tail whip for a 5.17 to momentarily take back the lead. He then quickly went back to his signature power carves and lay backs for a 6.67 and a stronger hold on the pole position.
Things heated up on the ten-minute mark with an exciting exchange, Lau with a great full rotation and Ferreira on another clean left and a combination of turns, both scores coming in the 6 point range. Lau kept the advantage with the slimmest of margins heading into the final five minutes of the heat.

As time ran out, Ferreira failed to find the required score and Lau claimed his first QS win since 2013 at the VANS World Cup. With the win in Cascais, the Hawaiian will rise up to the 12th spot on the QS, a great position for him coming into the final qualifying stretch on home turf.
“It’s the first year I even make a heat here so to be in the final is a huge win,” Lau said. “I’m super stoked with everyone supporting me here and everyone back home! It’s been a learning year for me, learning about myself and how I like to compete. I just approached every day like it was a normal surf, just with a jersey on, and I love to compete so I just learned to love every bit of it.”

Ferreira, who sat three Championship Tour events out on injury earlier this season, came back to winning form in Portugal and reached the final for the first time in two years. The talented goofy foot will carry momentum and confidence heading into the next two CT stops in Europe.
“It was a hard three months to sit out due to my injury, so I’m super happy to be back,” Ferreira said. “Congrats to Zeke, he surfed really well and thanks to everyone who came here to support us, the vibe here in Portugal is always awesome. I have a lot of great memories in Portugal with the World Juniors, Peniche and now here so I’m super stoked to come back every time.”

The opening semifinal was a one-way battle that went Ferreira’s direction. While the Brazilian found two great rights to lay down his backhand carves early on, Kanoa Igarashi (USA) struggled to pick the right waves and his scoring potential stayed limited to the average range. In the last five minutes, Igarashi made things interesting with a good wave on his forehand to post the heat’s highest single score and come back in the battle. Unfortunately his last two efforts came up just short of the requirement to turn the heat.
The Californian, adding a massive 6,500 ranking points to his 2017 effort with the equal third place today, put the final nail in his re-qualifying effort to reach nearly 22,000 points.
“I woke up a little bit late and I didn’t feel like I was completely on in my heat,” Igarashi explained. “I was a bit cold and felt like I could have surfed better which I’m a little bummed about but either way I’m stoked with the semifinal result. Re-qualification was the goal coming into this event and I think I’ve achieved that, so I’m going to be able to enjoy the next two events in France and Peniche more, which are two of my favorites in awesome beachbreaks.” 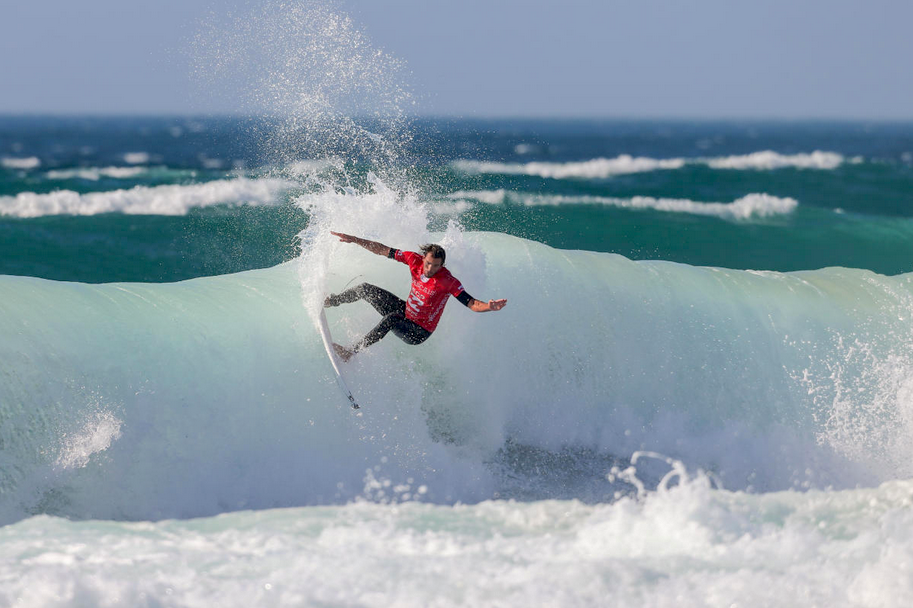 *Frederico Morais is becoming a surf star all around the world. Click by WSL/Poullenot

In the second semifinal, local superstar Frederico Morais (PRT) suffered a similar fate and spent the better half of his bout contemplating how Lau found himself of the best waves again and again. Despite Morais’ repeated efforts on smaller waves, he couldn’t overtake the Hawaiian and had to settle for the equal third place.
While double qualification is not on the priority list for World No. 11 Morais, his result in Cascais bumped him up within the Top 15 on the QS with a possible big finish in Hawaii in case he ever needed the Qualifying Series to keep his seat amongst the World’s best in 2018.

“It’s amazing to have everyone here supporting me it feels incredible,” Morais stated. “It was a really tough heat and Zeke surfed really well. It’s clean but not easy to find the right ones, he definitely was on the best waves so congrats Zeke. It’s been an amazing week and now off to France!” 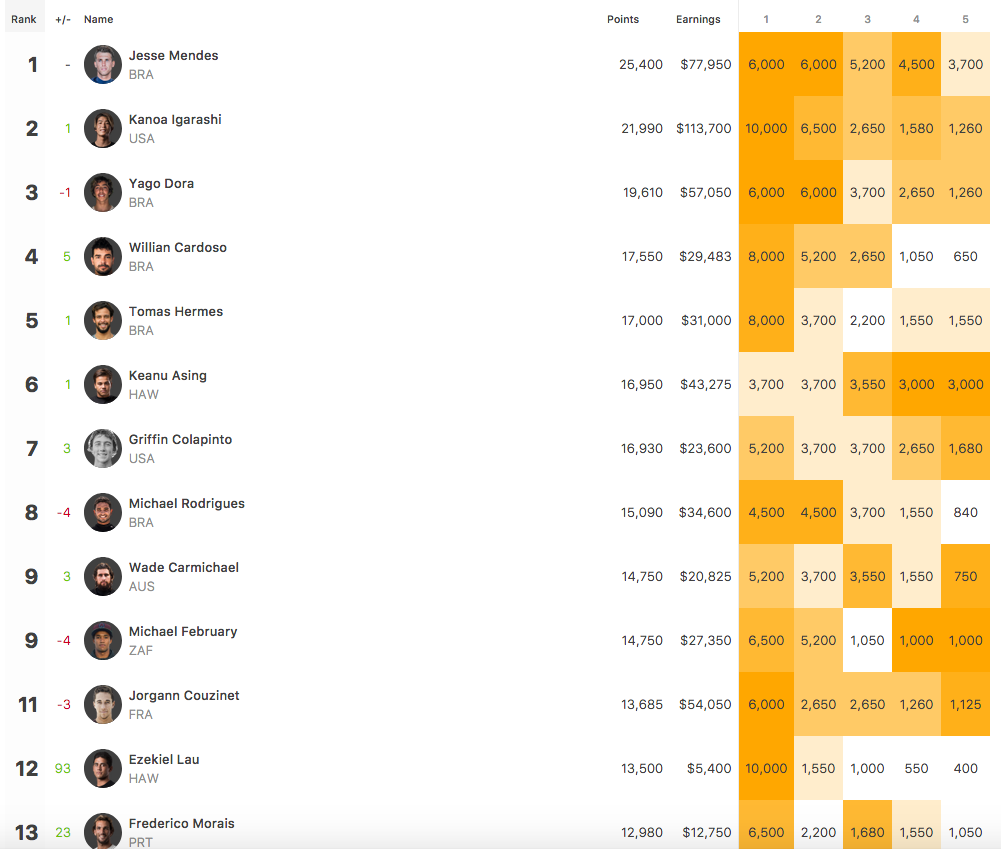