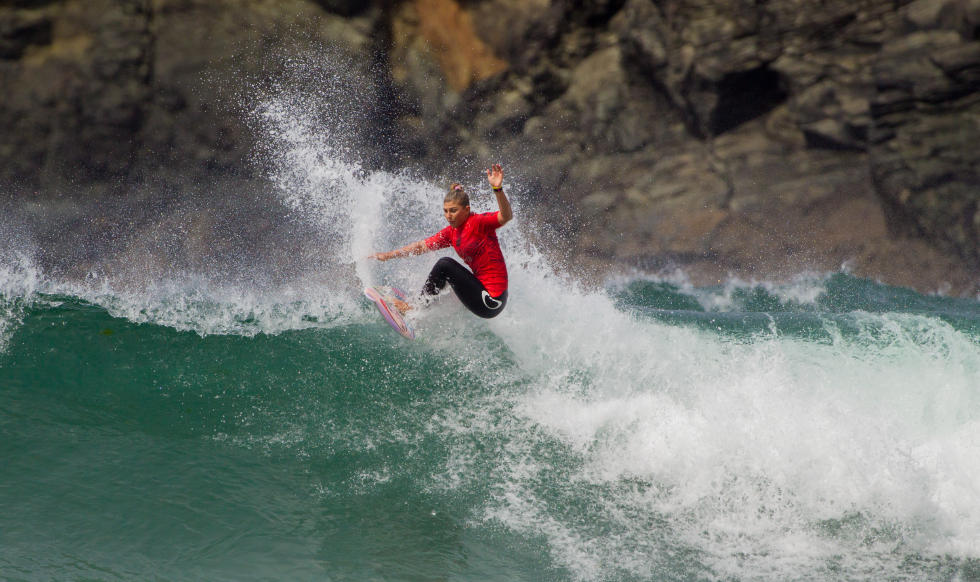 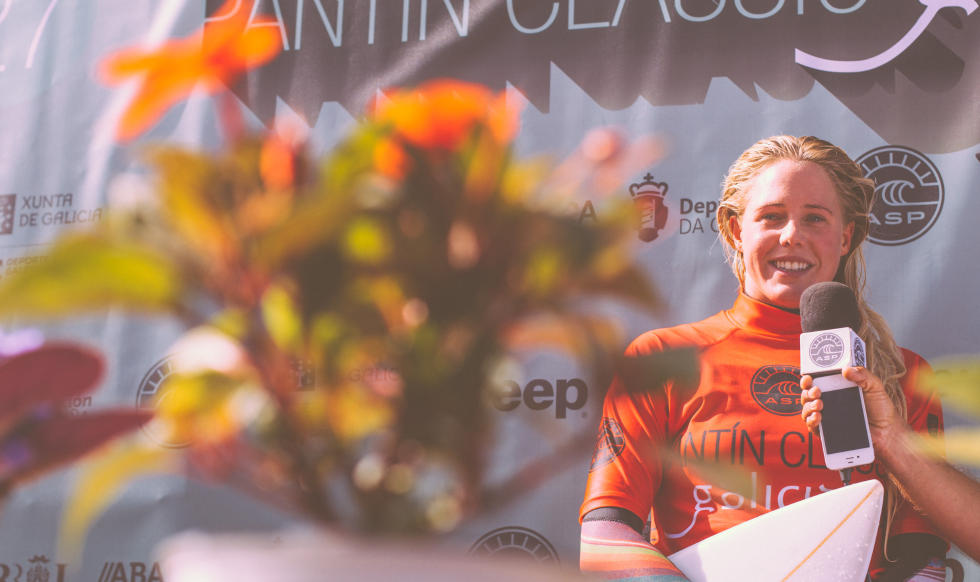 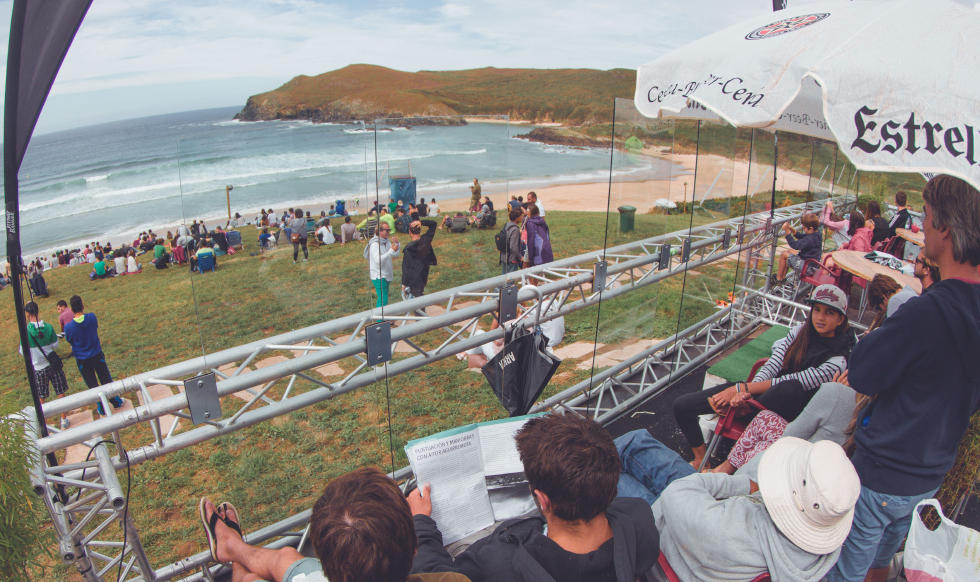 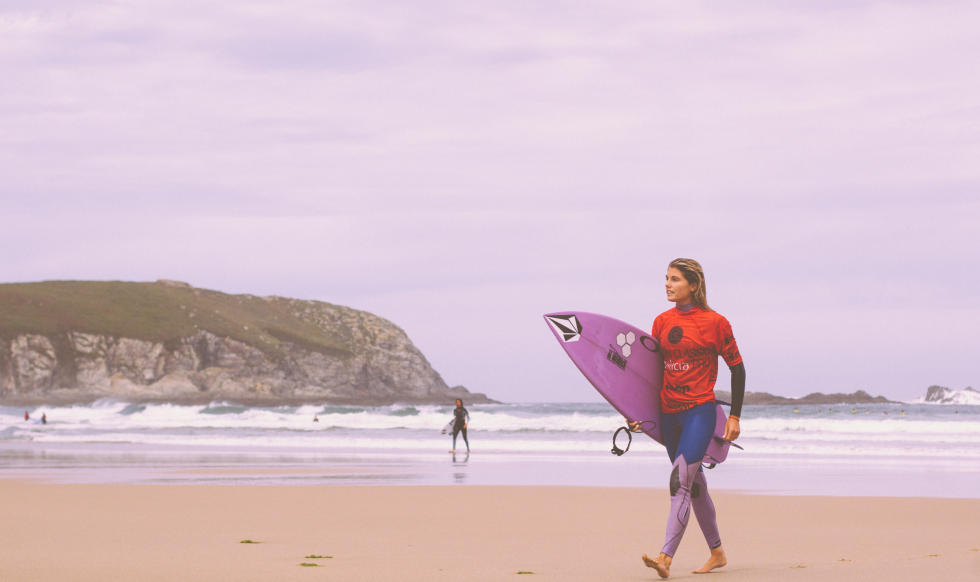 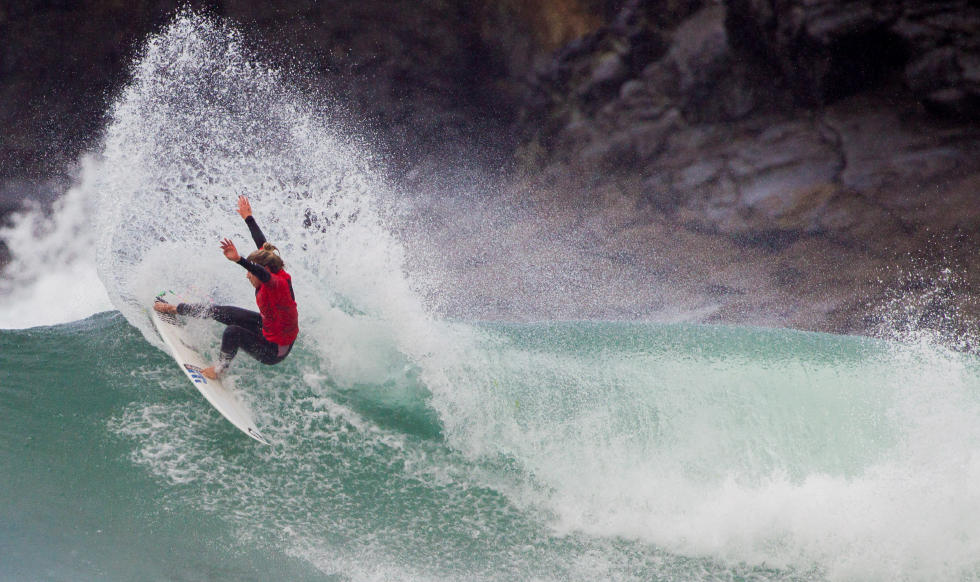 Title - <b>Description</b><br />You can use HTML as you can see!
View the embedded image gallery online at:
https://www.surftotal.com/en/news-all/eirope-mn-news/item/496-pantin-classic-galicia-pro#sigProGalleria61a03b2d4d

Sage Erickson solidifies her position in the QS!

The final ASP 6-Star event of 2014, the Pantin Classic Galicia Pro, started yesterday in 4-to-5-foot surf with some of our well known pro female surfers fighting for their comeback to the Elite Top 17 next season.

North Narrabeen’s Laura Enever (AUS) 22, was in sizzling form, lacerating the Pantin rights with her signature snapping turns and dynamic frontside attack. Fresh off a ninth place in France, Enever looked solid to improve on this result and solidify her position in the QS ranks. “I’ve been down here all day and I’ve never really seen a beachbreak change as much as it does here in Pantin,” Enever said. “You really have to adapt to the current tide and figure out where to sit from the very previous heat I guess. I’m stoked that I went out and caught a couple fun waves.”

A former winner of the Pantin Classic Galicia Pro in 2012, California’s Sage Erickson (USA) 23, advanced into the third round of competition, placing second to an in-form Isabella Nichols (AUS). Currently in second place on the ASP Women’s QS series, Erickson eyes a potential requalification for the World Championship Tour, after spending only a year out of the Top 17. She will look to advance far in the event to solidify her position on top of the QS ranks. “I’m loving every bit of being here, I can’t say enough good things about the Galician coast, it’s so beautiful.” Erickson added. “Two years ago winning here I ended up winning the entire QS which is a career achievement that I still look upon proudly. My race trying to get back on that tour is looking that much sweeter, but you know it’s so funny how sometimes you’re still not satisfied. Even with my win in Oceanside, I still have that competitive desire to win. I’m not done yet!”

At the moment the event is on Standby for the female competitors, while the men´s are already in the water, continuing the round 3 of the ASP 3-Star Men´s Pantin Classic Galicia Pro.