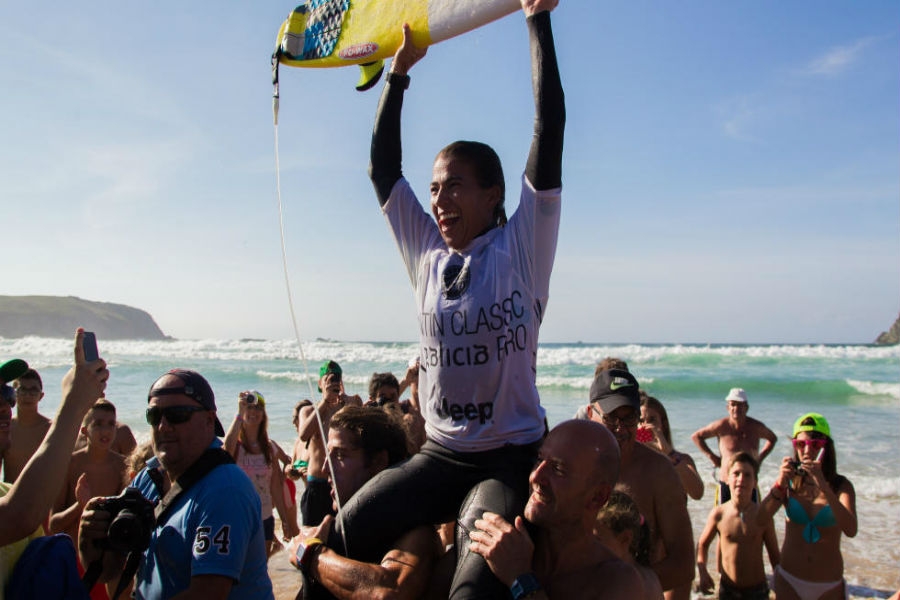 Needing only an average score after she had surfed an excellent righthander, the talented Brazilian chose an inside left in the dying seconds of the Final claim the event win.“I’m so stoked to win here," said Lima, who currently tops the ASP Women’s Qualifying Series (QS) rankings. "Bronte has been ripping all event and I know for a fact she wanted to win 100 percent in that Final. God gave me that last wave and I’m so thankful for that. Honestly I didn’t think I’d get the score, but when I saw that wave I knew I had a good opportunity.”

While her situation on the rankings would allow Lima to stop competing in QS events, the passionate surfer will take her high-flying act home to Brazil for the closing two events of 2014. “Off course I’m going to go there, I feel so confident in Brazil,” Lima said. “This will pretty much be a vacation for me now and I’m stoked to go and compete at home.”

The runner-up finish for Macaulay is her career-best result. On form all week, Macaulay caused the biggest upsets of the event’s Final day, eliminating World Championship Tour campaigners Coco Ho (HAW), 23, and Pauline Ado (FRA), 23, in the Quarterfinals and Semifinals, respectively.“It was a first experience in a comp this big to surf the Final, so it was a bit nerve wracking,” Macaulay admitted. “It came down to the last minute so it was a pretty cool first Final for me.”

With her result in Galicia giving Macaulay a huge leap in the QS rankings, the young competitor will now focus on her regional Under 20 series in Australia to try to qualify for the World Junior Championship. “I’m still concentrating on the Junior tour in Australia and we have one more event in September in Cronulla,” Macaulay said. “I missed out on Oceanside this time, but next year I really want to give a good crack at a full QS season. Everyone’s so good it’s been amazing to watch all the girls here.”