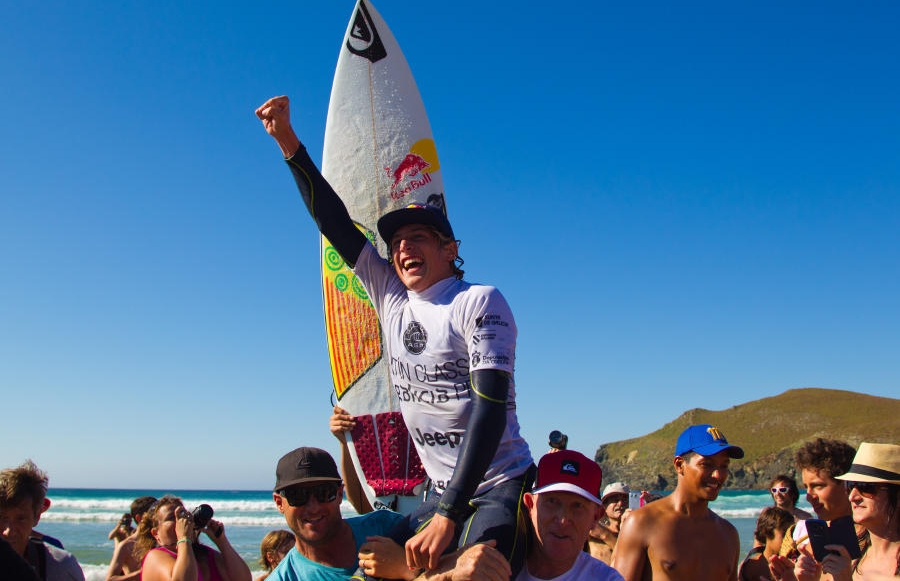 The youngsters are stepping up! The Italian superstar surfer, young Leonardo Fioravanti, has won the final of the ASP 3-Star Pantin Classic Galicia Pro in battle against the 26 years old Uruguay’s Marco Giorgi.

The young Italian surfer was on fire on the last day of competition, starting his road to the Final with the only perfect 10-point ride awarded in Pantin for a succession of huge under-the-lip turns on a solid left-hander. “It feels unbelievable right now, it was such a good contest,” said an ecstatic Fioravanti. “I’m still 16, I’m surfing heats with absolutely no pressure on the QS and it seems to be working out. Today’s my mom’s birthday and I’m so stoked to give her that present. This is the best day of my life for sure.”

In addition to the $8,000 purse, Fioravanti received a flight ticket to any of over 200 destinations worldwide, generously offered by Turkish Airlines, one of the main sponsors of the event. While Silvana Lima (BRA), winner of the ASP 6-Star women’s event stated Hawaii as her primary destination, Fioravanti said, “I’ll have to think about it a little bit, but Indonesia seems like an obvious choice for me right now”.

Uruguay’s Giorgi surpassed the all South American contestants, eliminating Alex Ribeiro (BRA) in the Quarters and Santiago Muniz (ARG) in the Semis. Coming off another runner-up finish in Arica, Chile in early August, Giorgi continues to build on his momentum with this most recent finish in Galicia. “I feel like I surfed well throughout the event,” Giorgi said. “The Final didn’t happen for me but I’m still super happy. Congrats to Leo. He’s been surfing amazing and really impressed me. I’m thankful for all the support I received this week from people at home in Uruguay, and Brazil, as well, where I have many friends.”