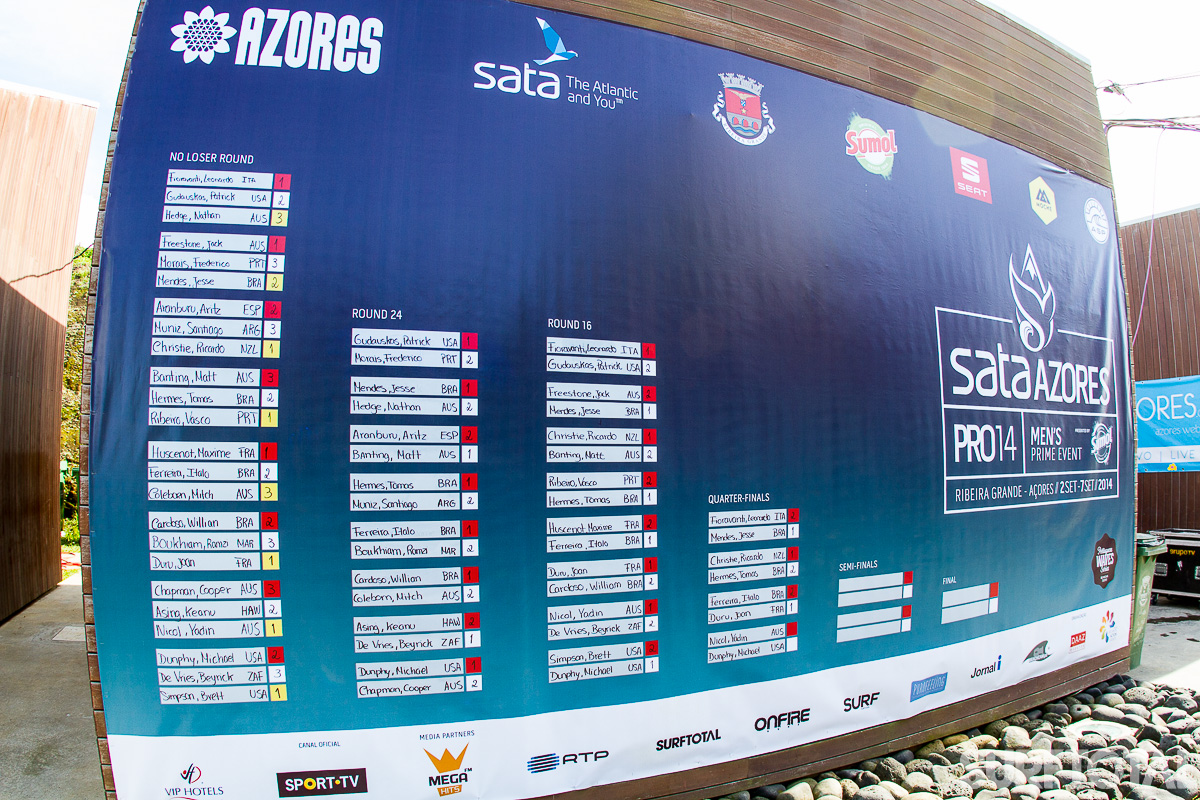 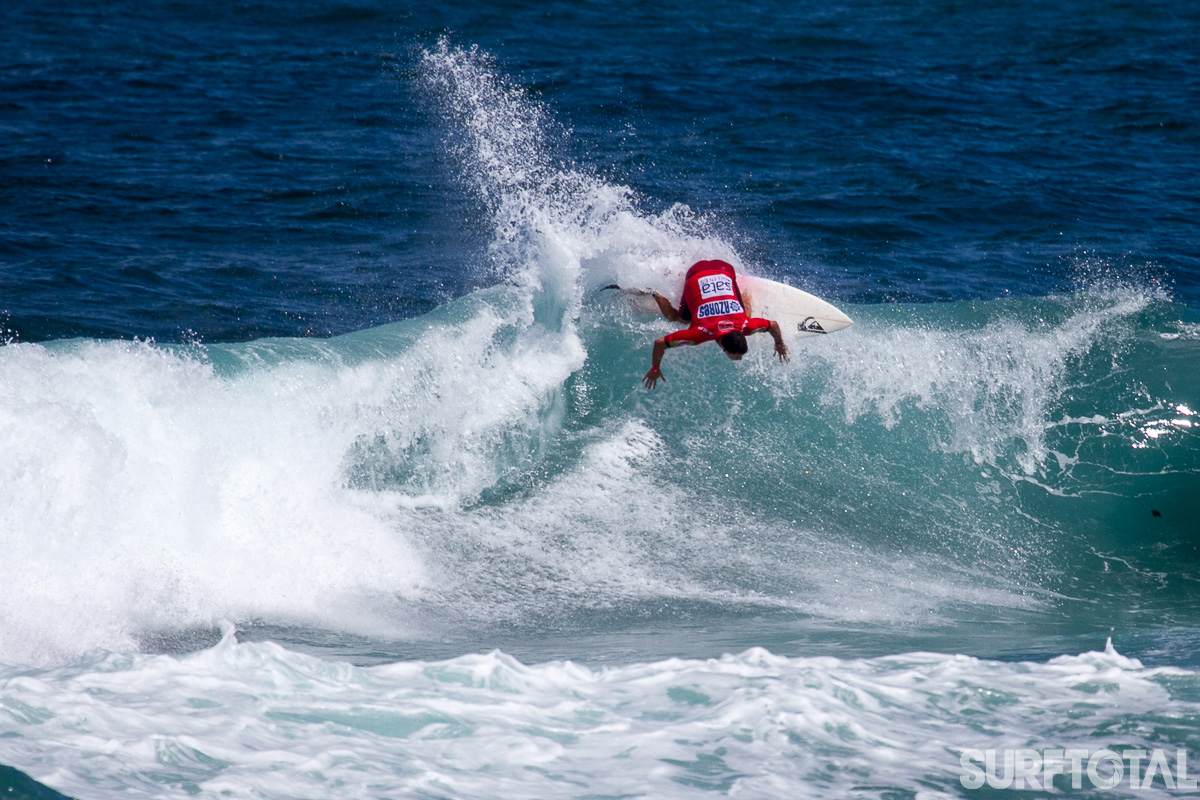 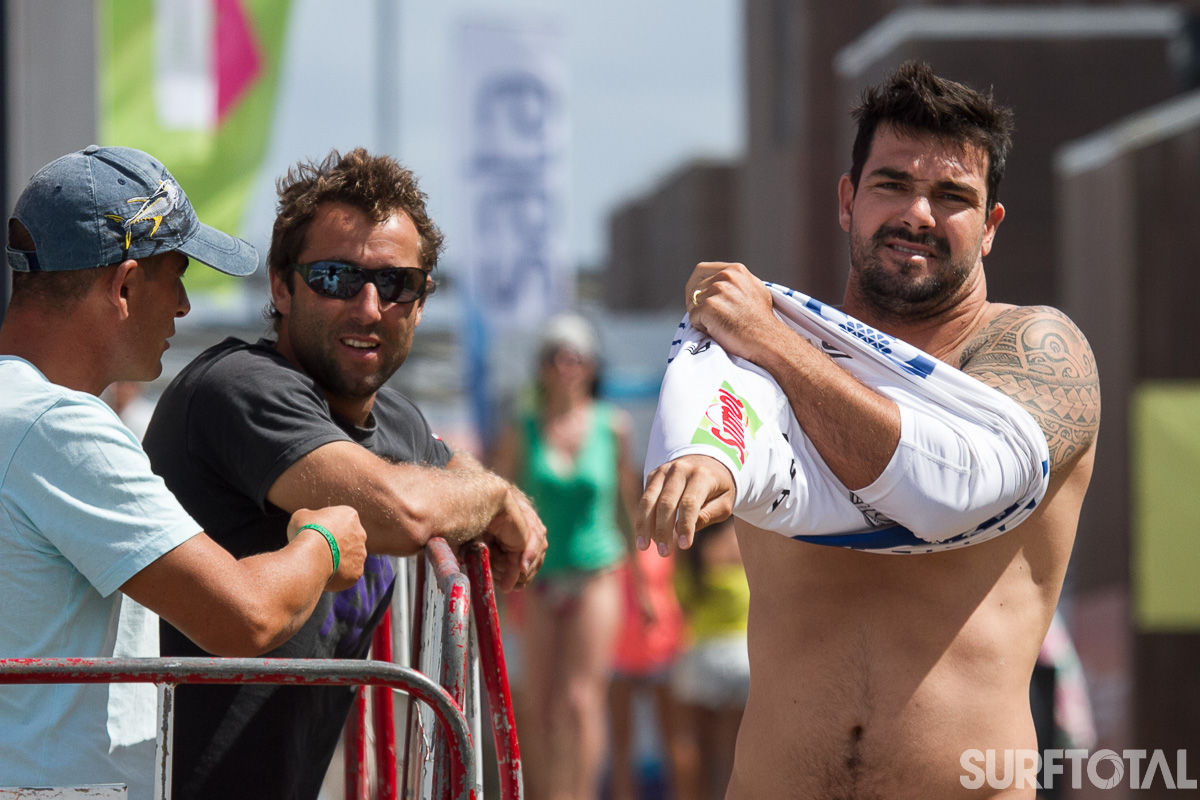 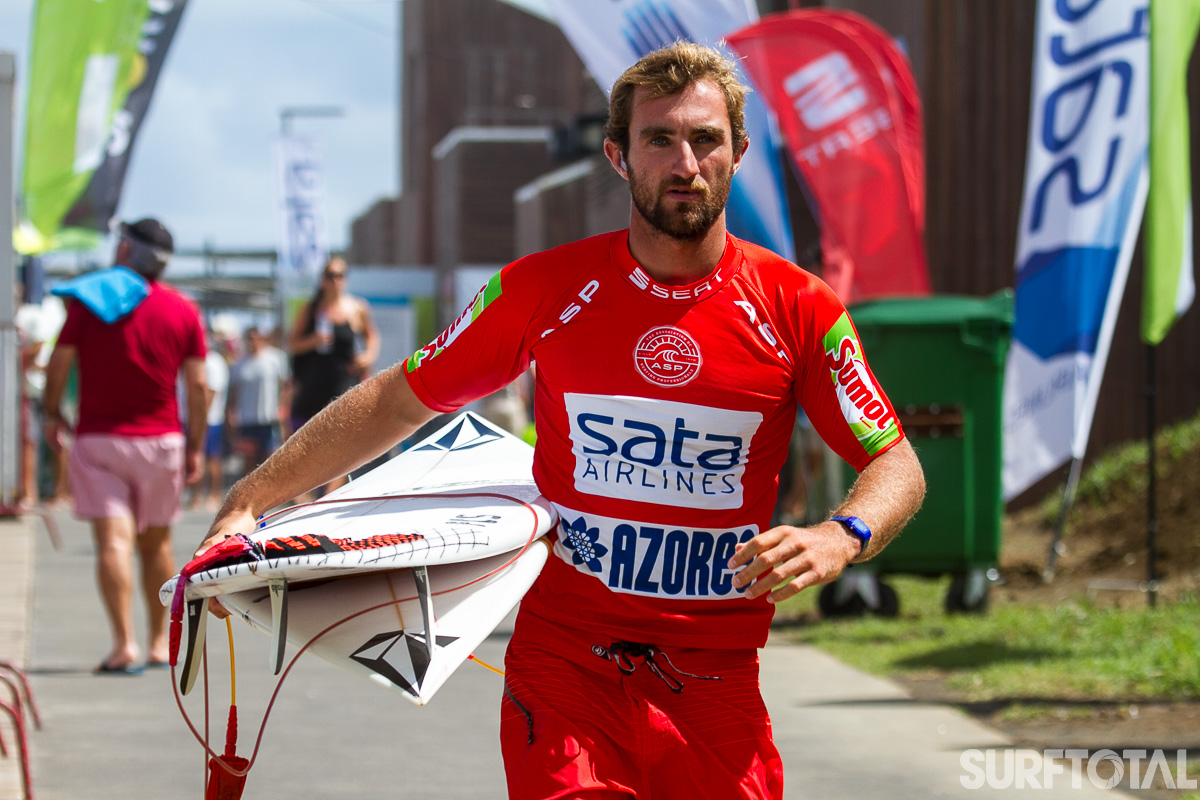 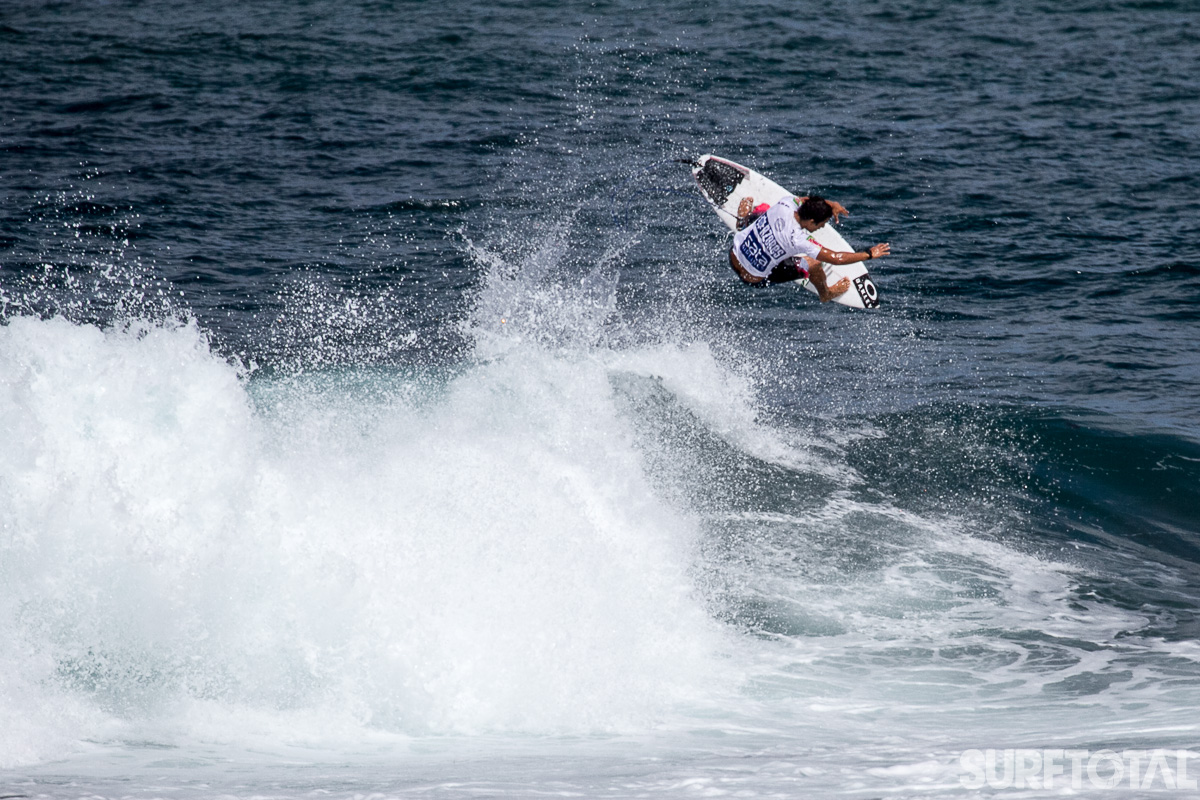 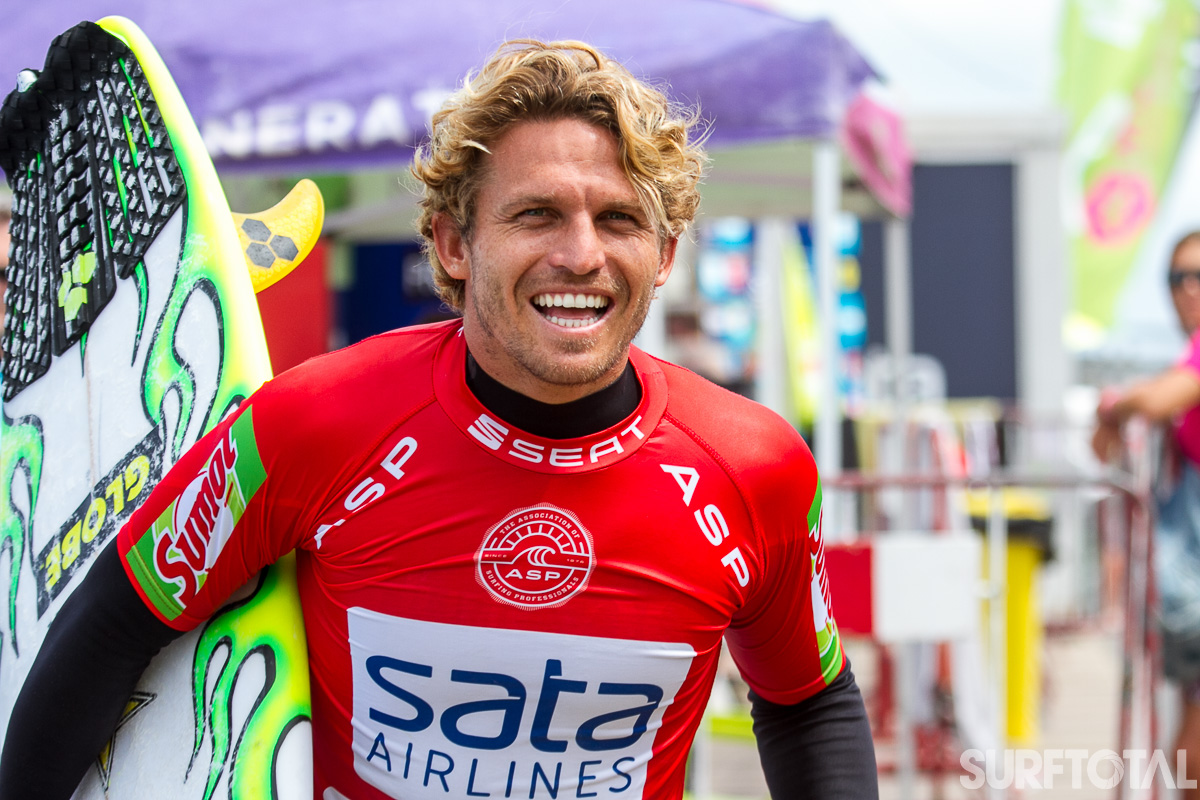 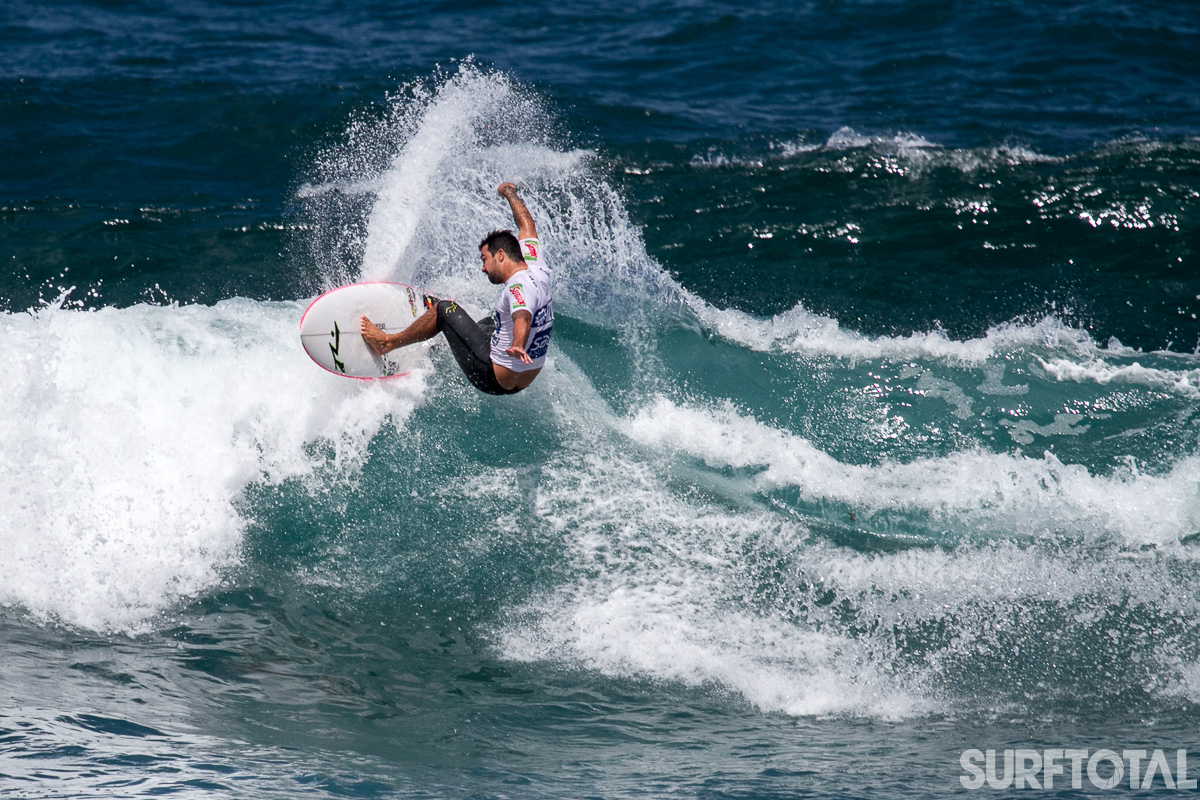 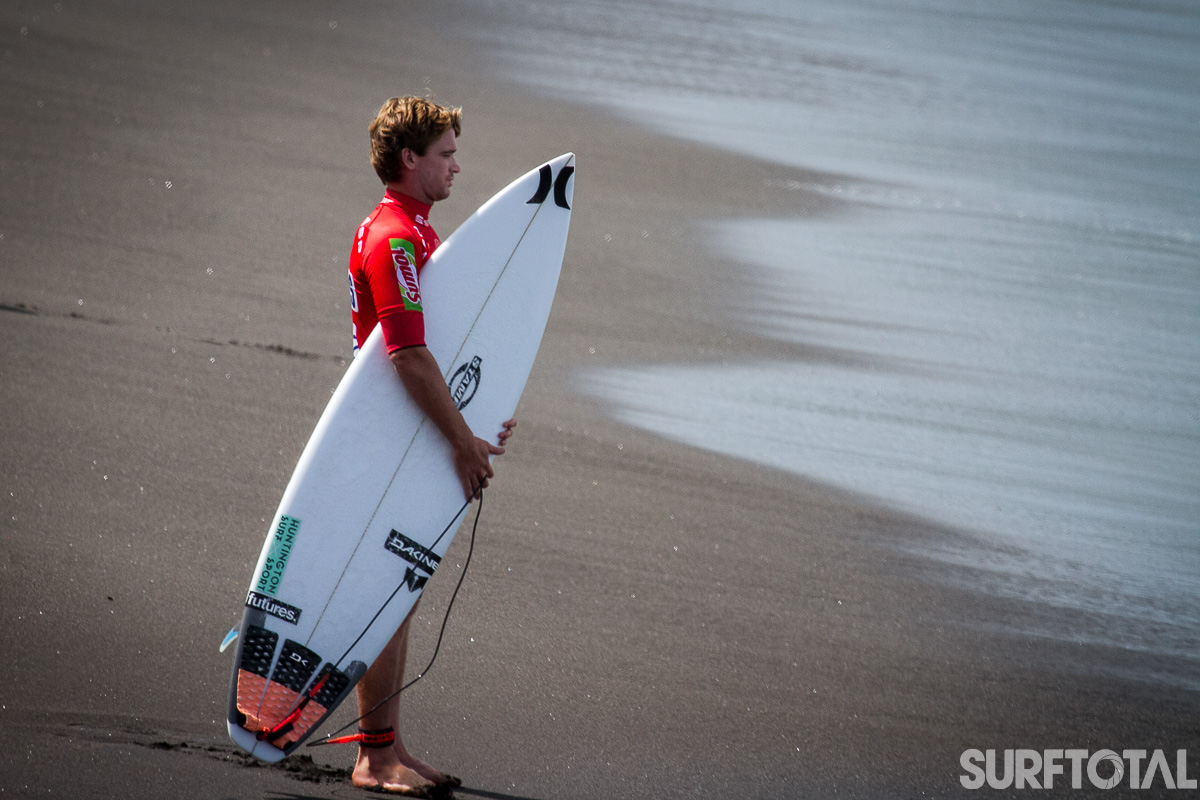 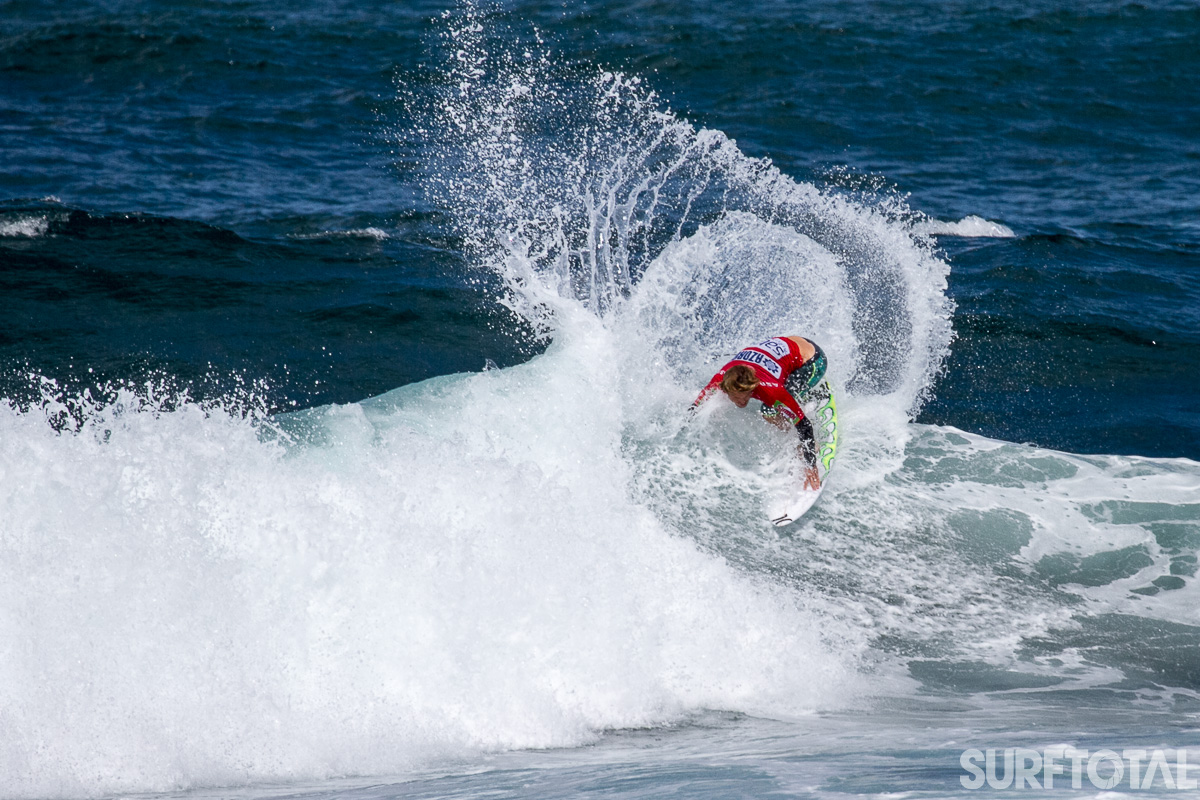 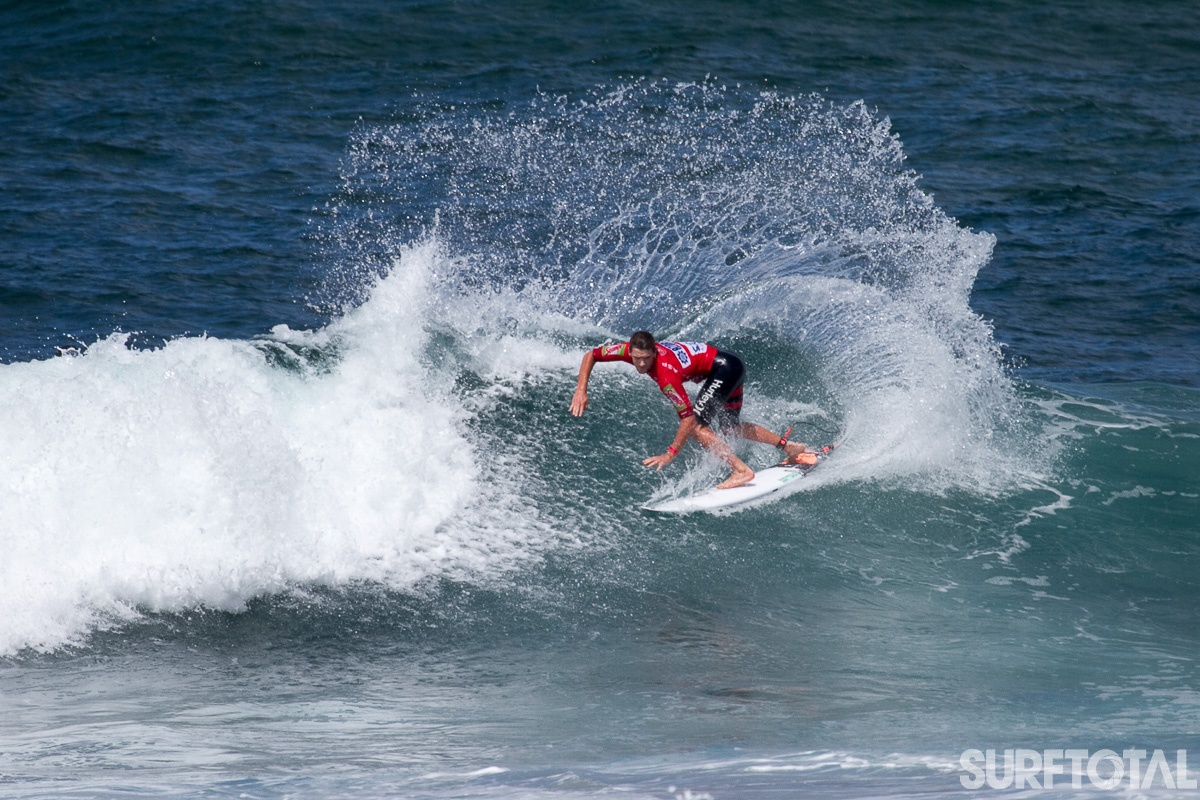 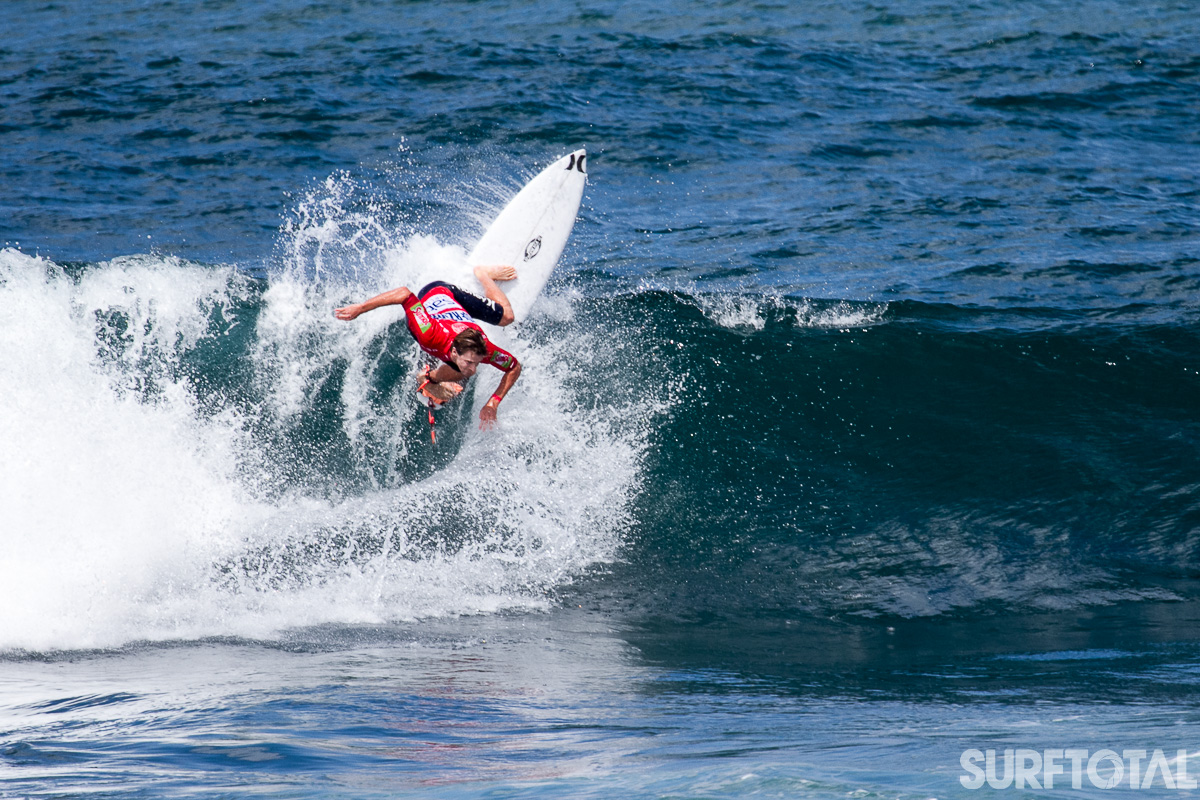 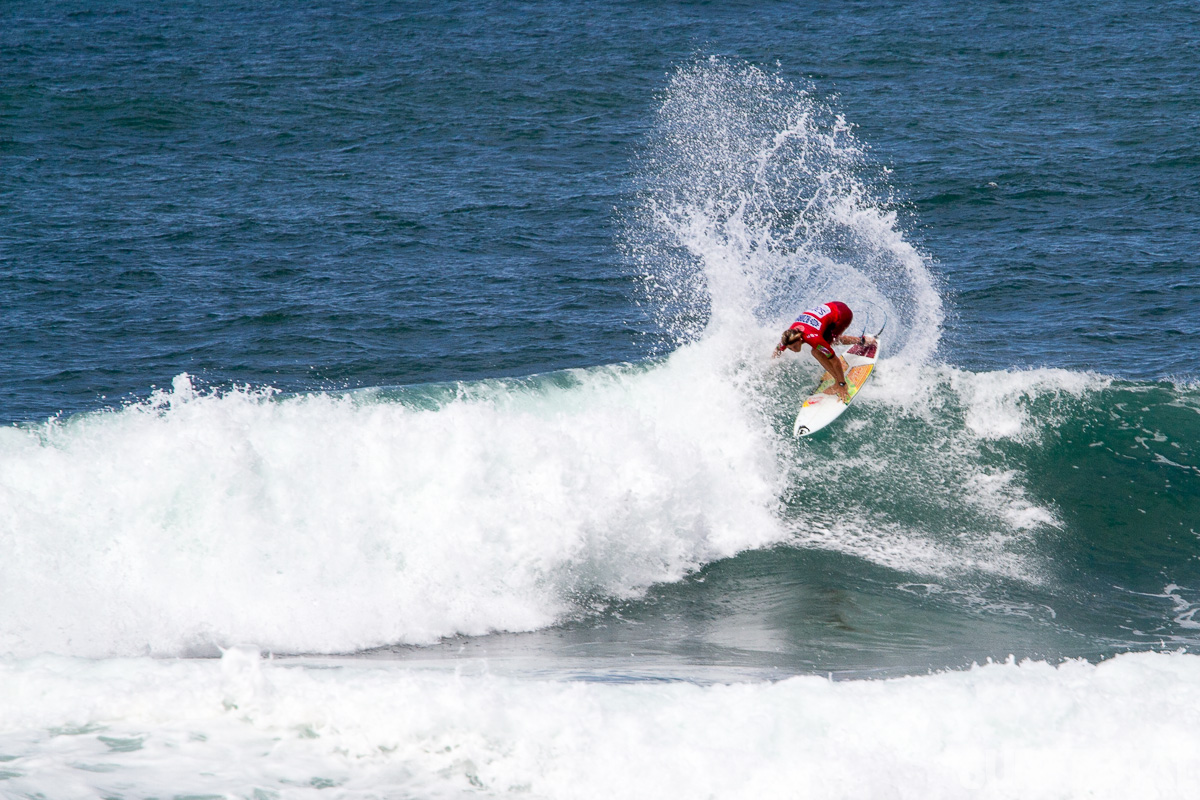 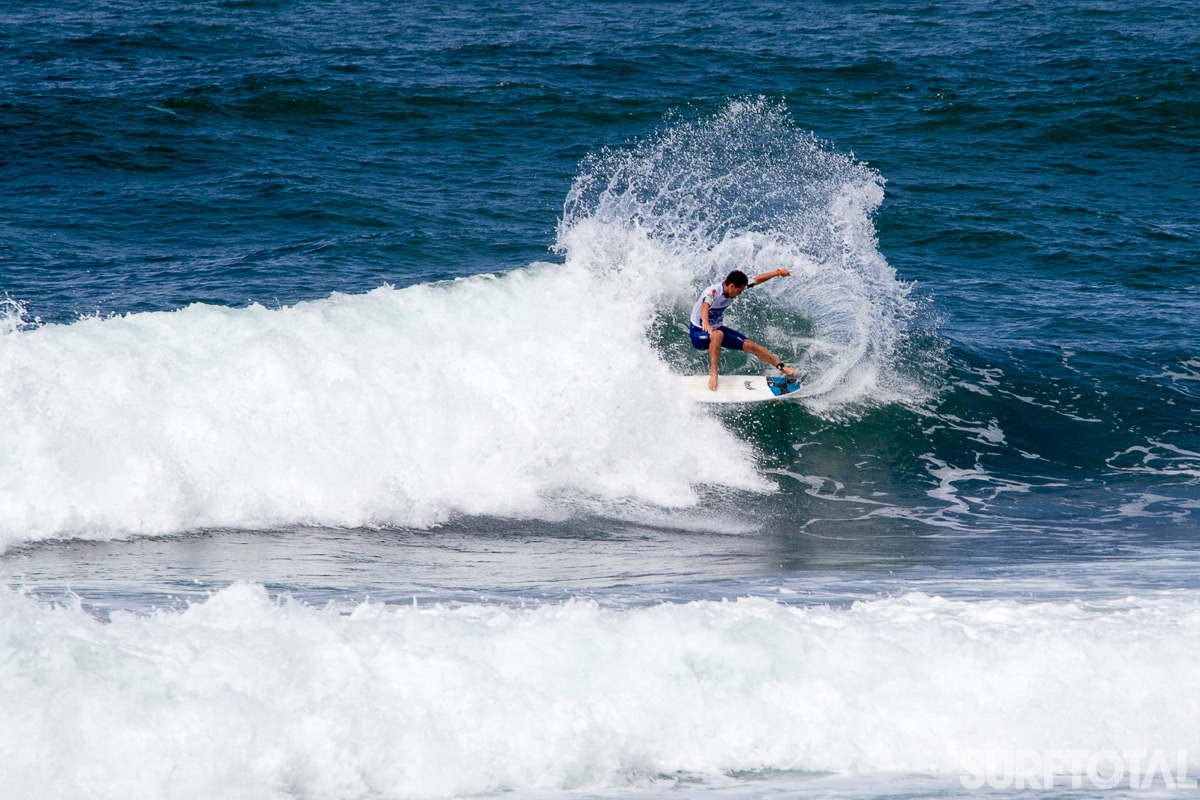 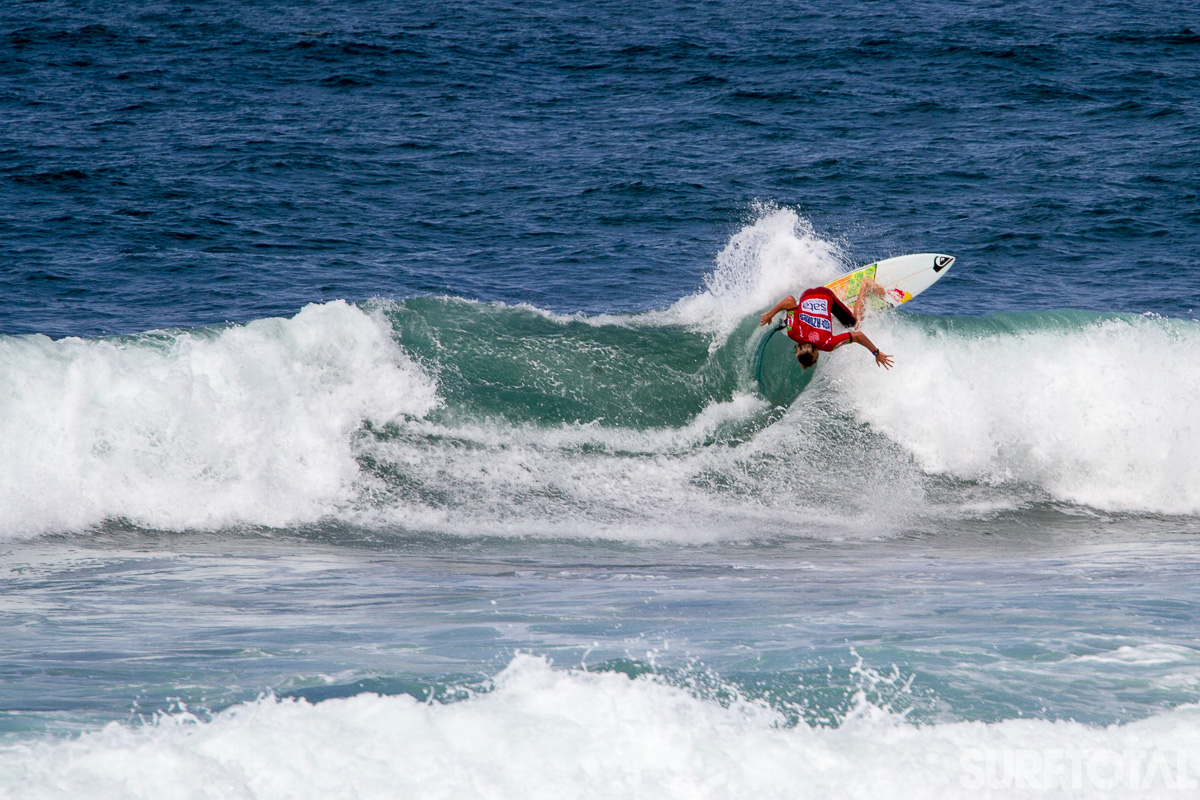 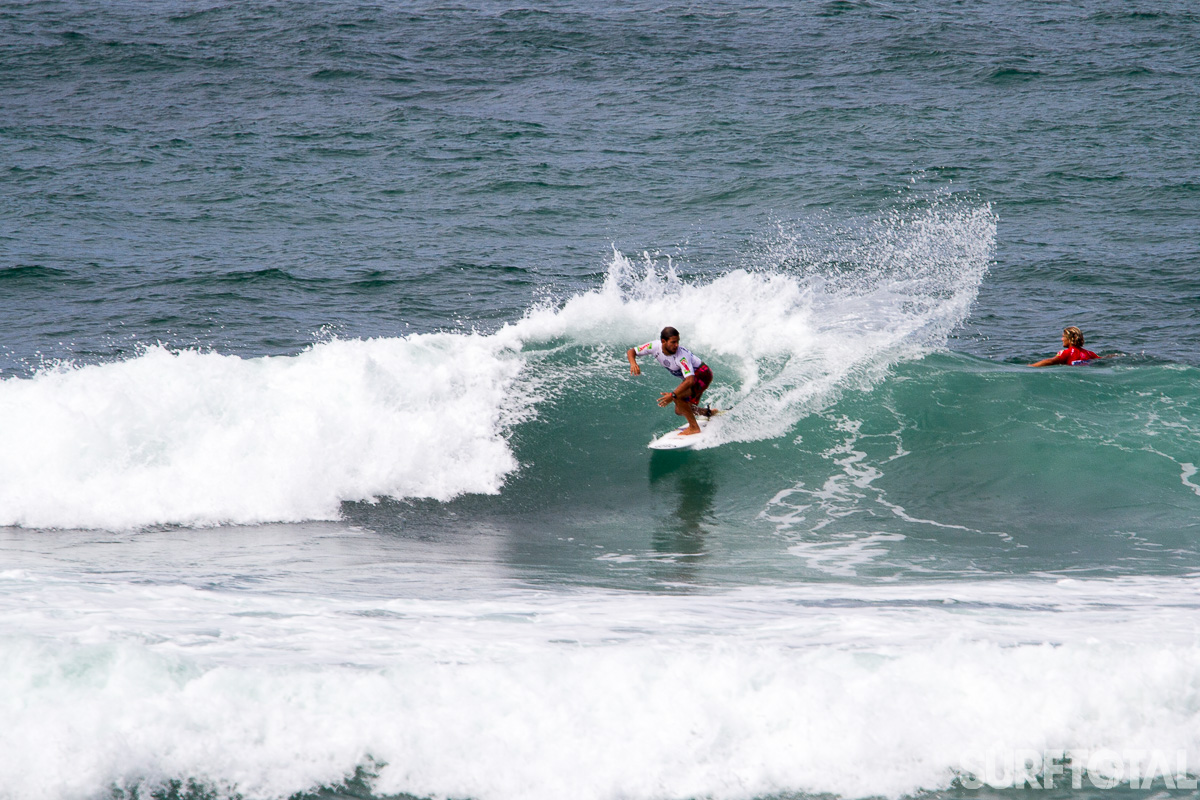 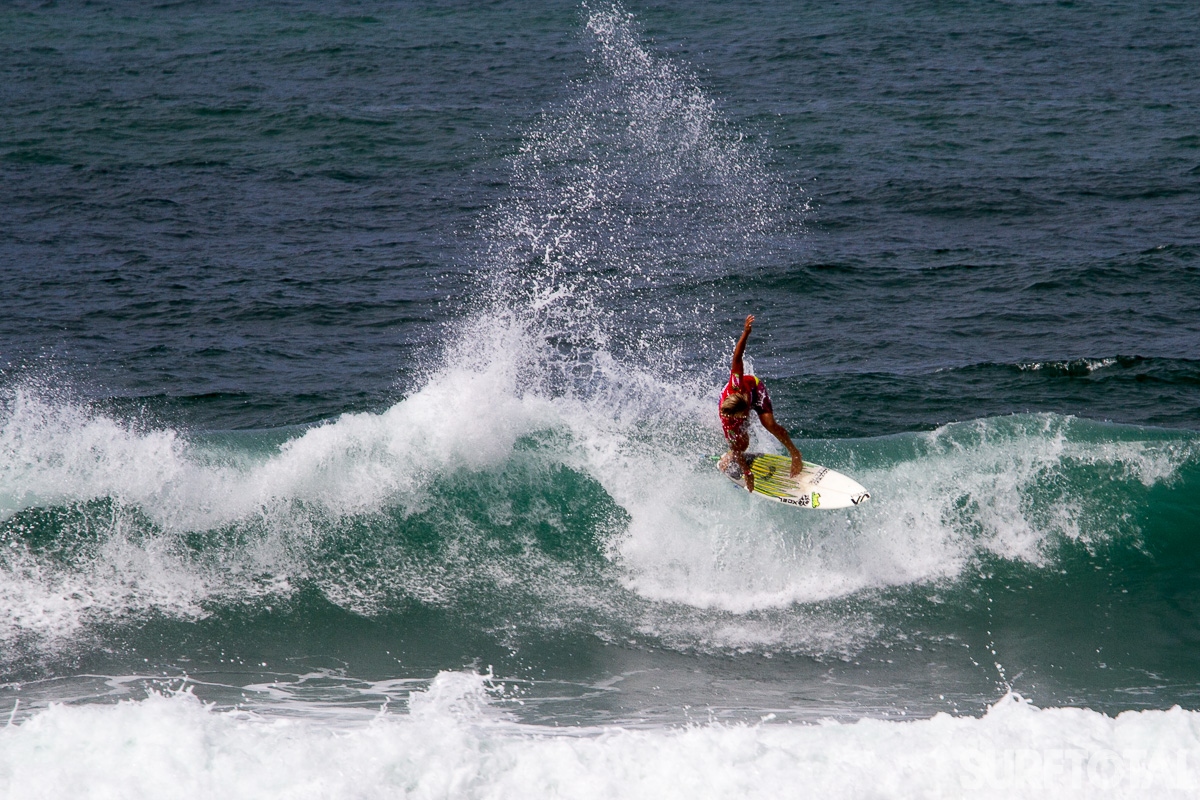 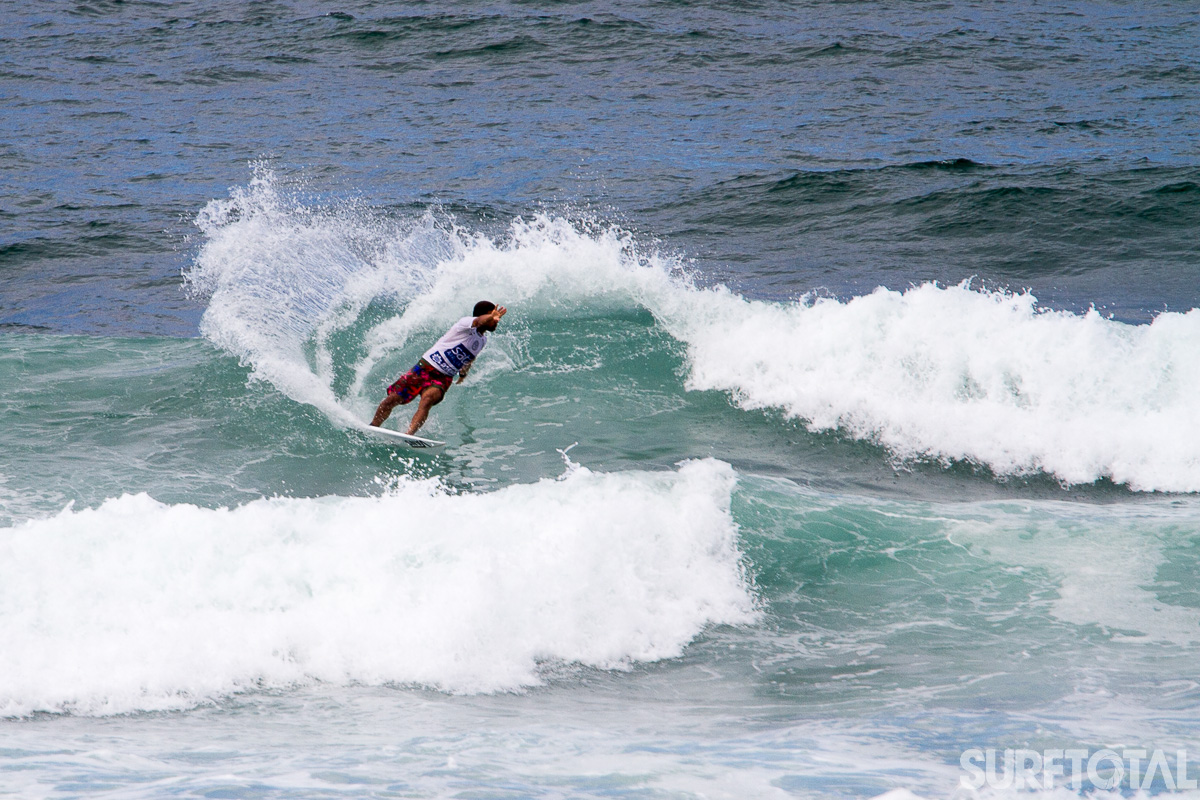 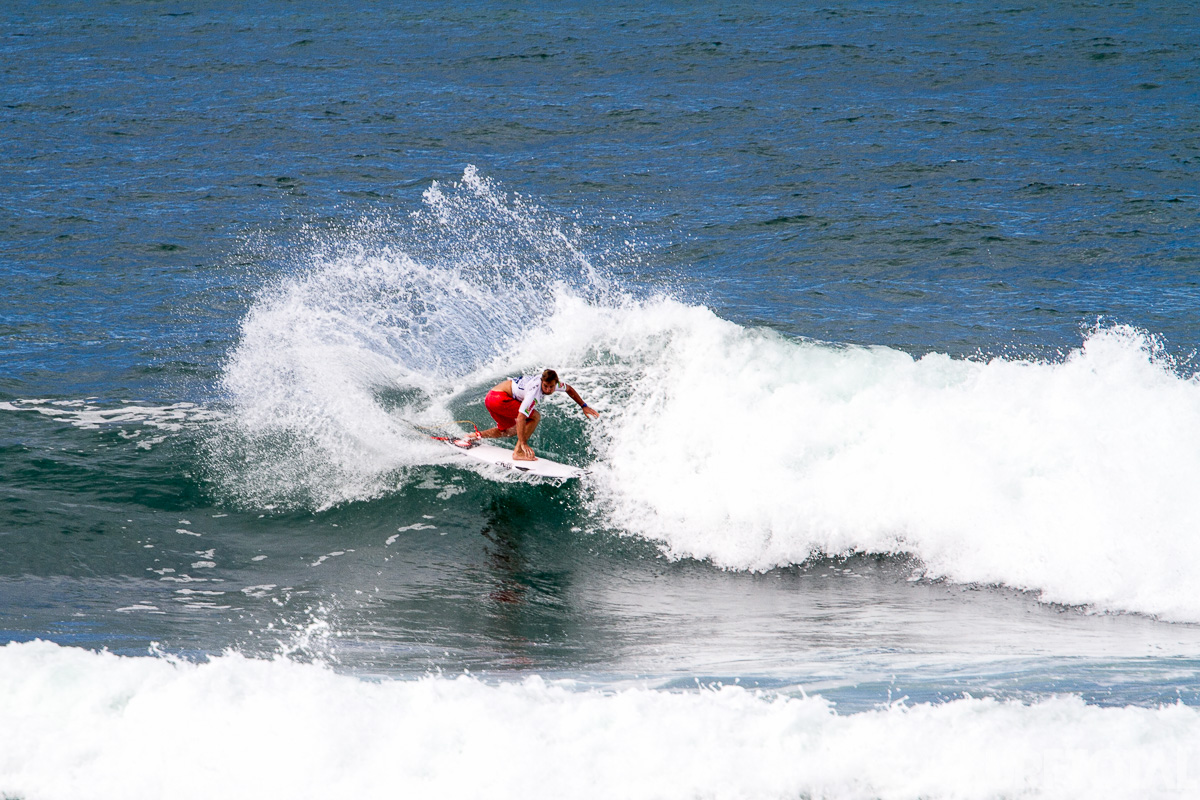 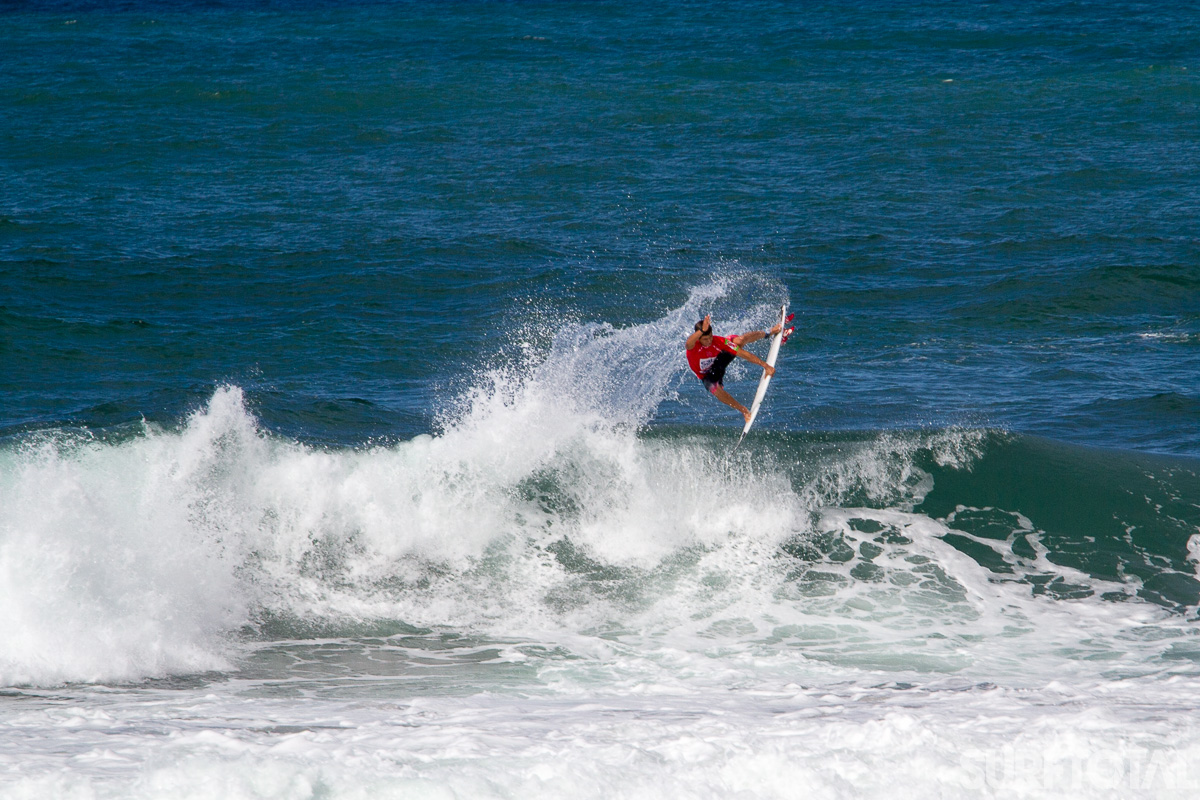 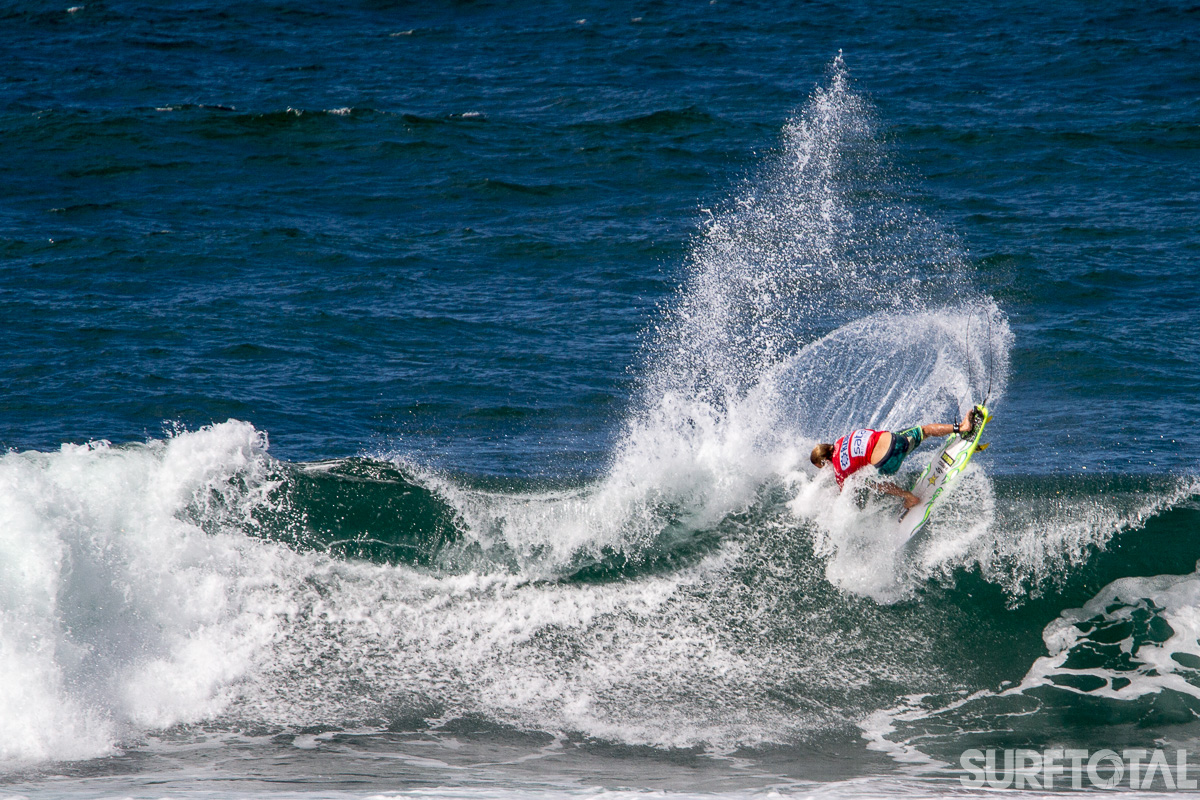 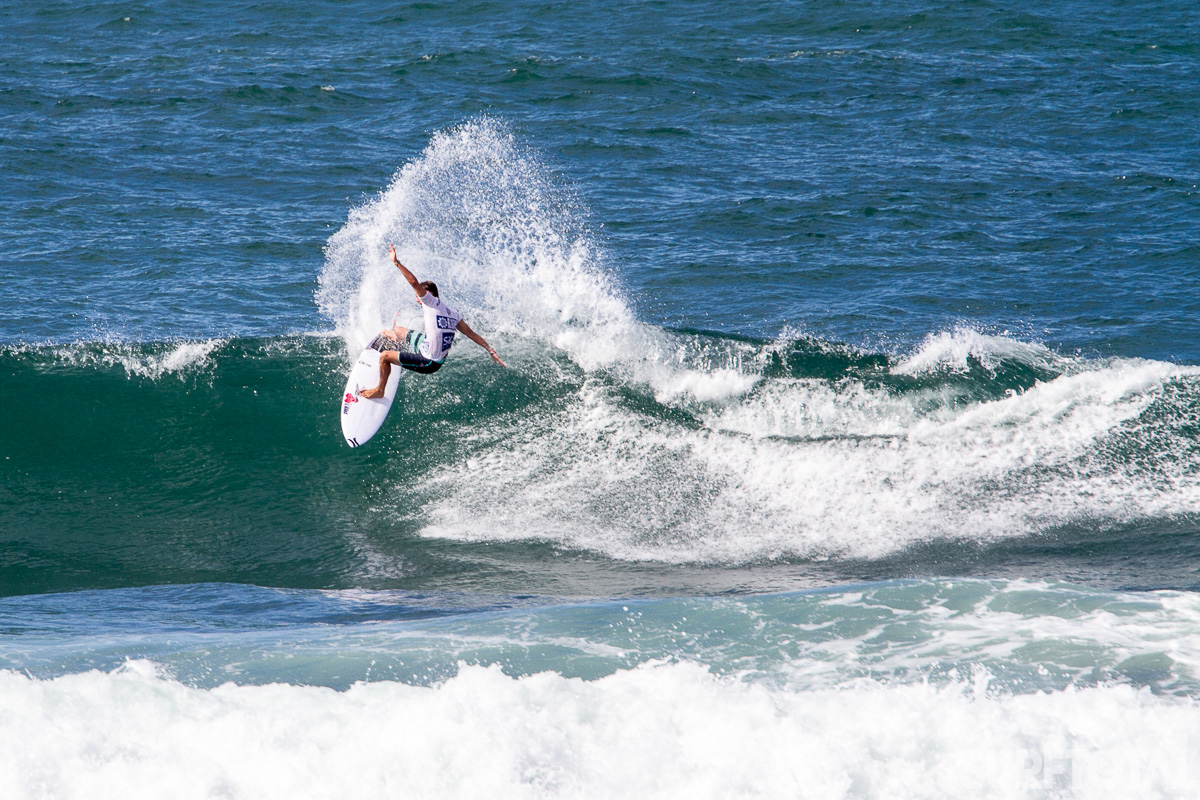 For the fourth (consecutive) time Santa Barbara beach delivers good conditions for surf, allowing the organization of the SATA Azores Pro presented by Sumol to continue with the competition, going with the final heats of round 5 till the semi-finals. The four finalist are: the Brazilian Jesse Mendes, new Zealand surfer Ricardo Christie, French surfer Joan Duru and Australian Yadin Nicol.

Jesse Mendes (BRA) 21, opened fire first with two average waves to build a scoreboard. While his opponent Leonardo Fioravanti (ITA) 16, played the patience game waiting for a special wave, the talented Brazilian kept busy, eventually finding a long lefthander offering three turn-sections. With a solid eight-point ride under his belt and fewer than five minutes on the clock, Mendes applied pressure on the young Italian, utilizing his priority advantage to keep him off the good sets, ultimately giving him the win and a spot in the first Semifinal. “I’m feeling great, that was a hard one,” Mendes said. “I came here already thinking of the win, it’s not easy but I’m doing my best and taking it one heat at a time. There’s definitely nerves cause it’s a big events with more points and more money in the game, but every heat in a Prime is hard so I’ll stick to my game plan.

In a slow start of Quarterfinal No. 2, defending event champion Tomas Hermes (BRA) 27 and in-form Ricardo Christie (NZL) 25, went head-to-head in a couple of exchanges on average waves, only netting insignificant scores. Christie stroked first on a nice righthander with a check turn before throwing a frontside air tweaked with a grab to net a seven-point ride and take the lead. Hermes answered on a succession of lefthanders, briefly stealing the heat lead. Only needing a small score though, the Kiwi quickly reacted to seal the deal and move onto the semis. “I wasn’t really planning to do an air, but there was a lip so I just took a chance,” Christie admitted. “I’m just going to cruise now and try to stay relaxed before tomorrow. I’m not thinking about the points too much, just trying to enjoy myself.”

Quarterfinal No. 3 didn’t disappoint with two very different approaches, Italo Ferreira (BRA) 19, who has been winning heats so far with mainly big aerial maneuvers, while Joan Duru (FRA) 25, scored in the excellent range with power-turns in the critical sections of the waves. Ferreira opened his campaign with a fast frontside rotation to net an 8.00, but then adapted to the conditions and started surfing on the open face for another 8.00. France’s Duru stuck to his gameplan, attacking the lips with power and flow, to bank an 8.07 of his own. Duru, chasing a high-7, paddled 100 meters to another peak to sneak a wave under the Brazilian’s priority. Capitalizing on two huge, fully committed turns on the buzzer, Duru netted a near-perfect 9.50 and took the win. “It’s crazy, I knew there was a wave out there but I’m really lucky that it came right on time,” Duru said. “Italo didn’t go and I thought ‘Wow, this is my chance I cannot miss it.' I haven’t made any heats all year and now I’m in the Semis, it feels surreal. I’ve always felt like my surfing was there, but I missed a little luck maybe for things to go my way and I’m stoked it’s turning now.”

A slow first half of the last Quarterfinal saw Michael Dunphy (USA) 24, occupy most of the lineup racking up a couple of average scores to take an early lead. Yadin Nicol (AUS) 28, waited patiently to find a nice righthander and perform his powerful and stylish brand of surfing for a 6.67. Quickly backing it up on his backhand with another good score, Nicol took command of the heat leaving Dunphy in need of a high 6.00 as well. In a last effort, the Australian started on a big lefthander, nailed two vertical hits for an 8.00 point ride and his spot in the Semifinals. “It’s tricky out there, I was mostly looking for the lefts, but there’s a sneaky right and I was kind of in the middle of the two,” Nicol reflected. “My season’s been terrible so far, I’ve been feeling good but my brain wasn’t into it I guess. I had to sit myself down for this event and reassess what I was doing in heats and it’s kind of working this time, so I’m stoked.”

The next call is set for today at 3.30 p.m. local time (AZOST) for the final day of competition. Up first when the event begins again will be Jesse Mendes against Ricardo Christie.